The Advent of Intelligent Robots and Their Role in Society

Newswise — UNIVERSITY PARK, Pa. — As the robotics industry continues to rapidly grow, so, too, does the controversy surrounding robots and the ethical dilemmas related to their entrance into, and their use and acceptance in, society.

Will robots eventually take people’s jobs and cause mass unemployment? Should communities automate law enforcement with robots—and what if a robot shoots a civilian? What role should robots play in the military? There are no answers to these questions at the moment, but there will be a lot of in-depth discussion around them in a new integrative studies course targeted for offering in fall 2018.

Through the Integrative Seed Grant Program, offered through the Penn State Office for General Education, Alan Wagner, assistant professor of aerospace engineering at Penn State, will develop and teach a course titled “Robots and Their Role in Society,” which will explore the growing influence and impact of robots and artificial intelligence on society.

“The real purpose of the course is to expose a wide variety of students to the types of benefits and diverse and numerous challenges that robotic technology presents, while posing challenging ethical questions that are not embedded in a single discipline,” said Wagner, who is also affiliated with the Penn State Rock Ethics Institute. “In doing so, students will be challenged to evaluate their own value systems, develop their own stances on issues and develop critical thinking and communication skills.”

The course will not be technical in its treatment of robots, but rather, will focus on the previous, current and upcoming ethics-related dilemmas and problems posed by the advent of intelligent robots. Some of these issues will be unique to robotics, others will fall within the context of computing, in general, and still others will be new manifestations of more general ethical, political and constitutional laws.

Topics to be covered in the course will include ethical foundations; robots in the military; professional responsibility; robots and privacy; robots as sexual objects; and robots as intelligent, volitional beings, to name a few.

Wagner intends for the course, which will be primarily for juniors and seniors in various majors, to be highly interactive and include a research component with student presentations.

“I think it’s important to train students to think for themselves and to come to their own conclusions,” said Wagner. “This course will present students with open-ended questions and problems that are important problems for the future, our future and even more so, their future. It won’t be lecture after lecture because there are no answers to these questions yet.”

Wagner also plans to collaborate with the Schreyer Honors College to help identify interdisciplinary students who may be interested in the course, and the Leonhard Center for the Enhancement of Engineering Education to help develop new ways to teach ethics to students that will deliver learnings that they can benefit from throughout their careers, no matter what field they go into.

“In the past, ethics courses used to be tack-on courses that outlined more of what an individual should or shouldn’t do in a certain situation, or they covered various rules one should follow,” said Wagner. “With the increased insertion of robots into society and across many industries, we’re now faced with situations, scenarios and issues where we don’t necessarily know what the right thing to do is. Even if students won’t interact with robots in their careers, we can teach them to think in different ways, effectively communicate those thoughts and understand, accept and respect different viewpoints of others if they do face similar issues.”

The seed grant program, will support 71 different course development projects this summer. The awarded proposals include faculty from Penn State campuses across the state. 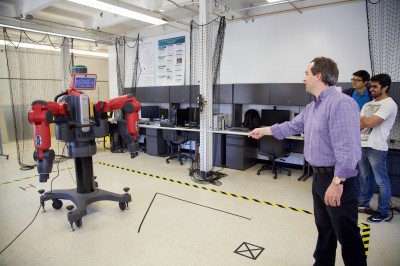 Caption: Alan Wagner, assistant professor of aerospace engineering, conducts an experiment with a Baxter robot in the Robot Ethics and Aerial Vehicles Lab. 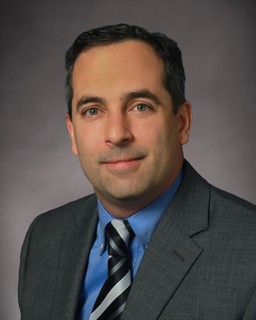