A spike in genetic tests for breast cancer after actress’ public disclosure, but no corresponding increase in mastectomies 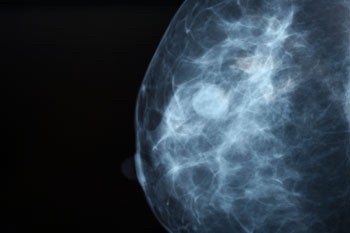 · Tests for the breast cancer BRCA gene shot up by 64 percent following Jolie’s 2013 New York Times op-ed about her decision to have preventive mastectomy after genetic testing that revealed she carried the disease-fueling mutation.

· Test increases, with each test priced at approximately $3,000, are estimated to have cost the U.S. health care system at least $13.5 million in the two weeks following the disclosure.

· Increased testing rates were not accompanied by a corresponding increase in mastectomy rates, suggesting additional testing did not identify new BRCA mutations.

· The results suggest that most of the women who were compelled to get tested had low risk to begin with and were not in the optimal target population for the testing.

Newswise — Pop culture icons can influence our fashion choices, dietary habits and brand preferences, but can celebrities also influence our medical decisions? The answer is a resounding yes, according to a new Harvard Medical School study analyzing the rates of genetic testing for breast cancer in the aftermath of Angelina Jolie’s 2013 op-ed piece in The New York Times. The findings, published Dec. 14 in The BMJ, revealed a large spike in genetic tests for a gene known to increase breast cancer risk following Jolie’s op-ed, but no corresponding uptick in mastectomy rates, suggesting the tests did not lead to increased breast cancer diagnoses. The results illustrate that celebrity endorsements can fuel the use of health care services but may not effectively target the populations in greatest need of such services, the researchers said. “Our findings underscore celebrity endorsements as a powerful influence on health-related behaviors, but they also show that such endorsements do not necessarily target those most at risk for developing a disease,” said investigator Sunita Desai, a Seidman Fellow in health care policy and economics and a researcher in the Department of Health Care Policy at HMS. In other words, Jolie’s testimonial raised the visibility of genetic testing for breast cancer mutations, and it may also have inadvertently fueled overtesting among low-risk groups, the study suggests. Jolie lost her mother to ovarian and breast cancer and grandmother and aunt to breast cancer. In her article, she detailed her decision to undergo testing for the BRCA1 gene—known to dramatically increase a woman’s chance for developing breast and ovarian cancers—and to have a preventive double mastectomy as a result of her identification as a carrier of the disease-fueling genetic mutation.

Many women seem to have heeded her call. Examining an insurance database containing the records of more than 9 million women ages 18 to 64, the researchers found a 64-percent uptick in the rates of genetic testing for breast cancer in the two weeks following Jolie’s commentary. By comparison, there was no such spike during the same period in the previous year, researchers noted. However, rates of mastectomy did not increase among women who underwent BRCA gene testing, suggesting that the tests did not lead to additional breast cancer diagnoses. In fact, among women tested for BRCA, the study found a 3 percent decline in mastectomy rates following the publication of Jolie’s article. This suggests those who received the genetic test had a low risk of carrying the mutation in the first place. At $3,000 each, the cost of the BRCA test is also significant. Researchers estimated that in the span of two weeks the op-ed may have precipitated 4,500 more BRCA tests than would have normally occurred during that time period nationally at a price tag of $13.5 million. “From a physician’s perspective, a celebrity announcement is great when we are worried about underutilization of a preventive test or screening, because it gets more patients into the office,” said study author Anupam Jena, the HMS Ruth L. Newhouse Associate Professor of Health Care Policy and a physician at Massachusetts General Hospital. “But when it comes to tests that may be overutilized, a celebrity testimonial could exacerbate that problem.” Rapidly evolving science and a shifting understanding of the significance of certain mutations is likely to lead to availability of more genetic testing for various diseases. Unlike more straightforward clinical screenings such as colonoscopies or HIV tests, genetic testing can be fraught with uncertainty because testing reveals a person’s likelihood of developing a disease rather than a certain fate. “While there are clear benefits to advances in genetic testing, a positive genetic test could also create anxiety and compel patients and clinicians to perform further testing or undergo premature or unnecessary clinical interventions,” Desai said. To help target appropriate patients for testing and avert unwarranted testing, clinicians should try to understand just why a person is seeking a test. When people request a test or an intervention based on a celebrity endorsement, it is critical that physicians provide careful assessment of a patient’s medical and family history with clear explanations about the pros and cons of choosing to have the test versus foregoing testing in the context of the individual’s specific circumstances. “Such careful, patient-centered analysis is the very basis of individualized care and personalized medicine,” Jena said. To her credit, Jolie followed her 2013 op-ed with another article in 2015 suggesting that testing and treatment decisions should be made on case-by-case basis. Surgery worked for her, she explained, but certain nonsurgical options might be a better fit for some women.

“There’s no right or wrong answer to whether a patient should get a genetic test,” Jena said. “But it’s important to get a full understanding of the situation to make a well-informed decision.”