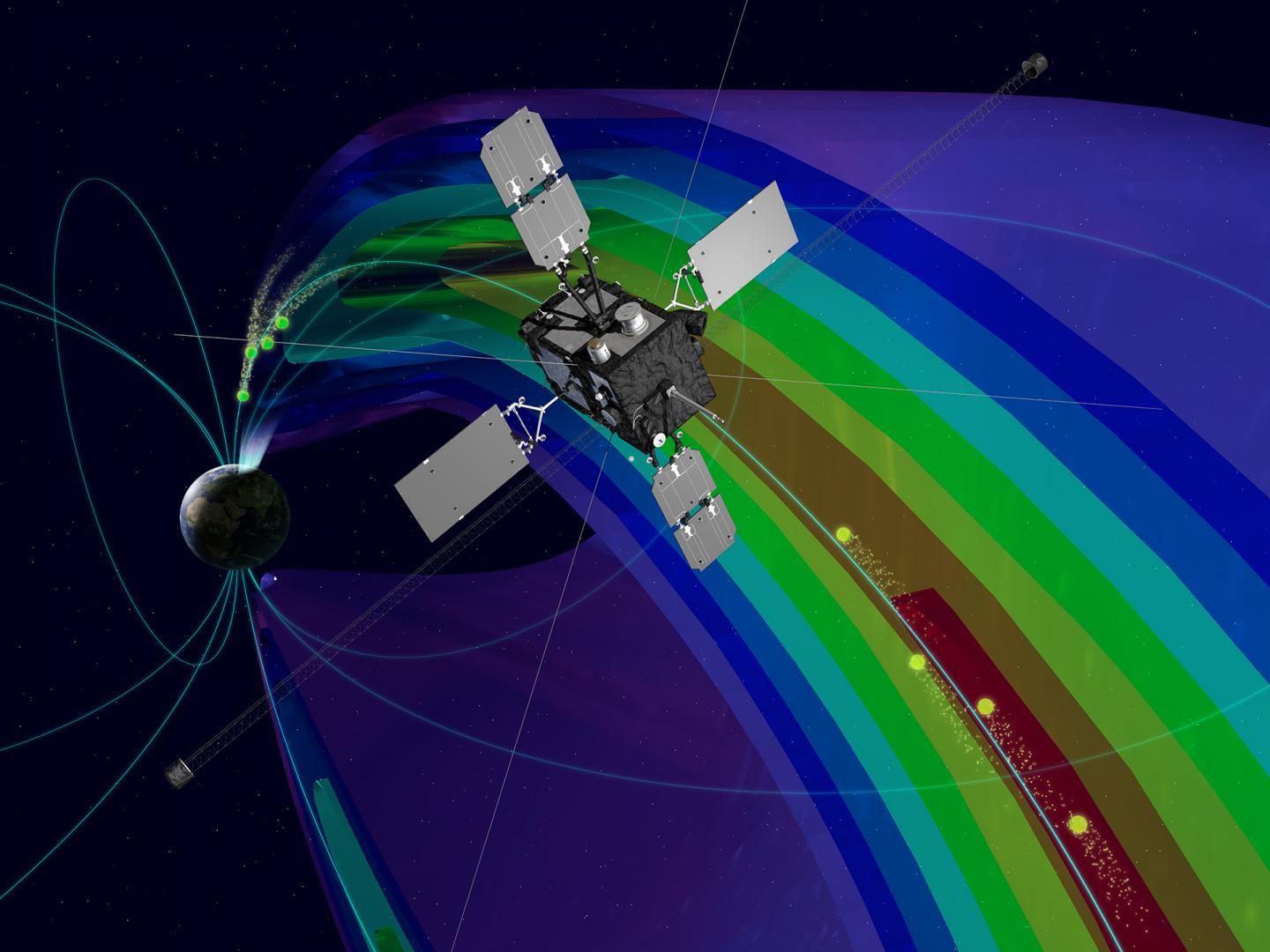 Newswise — A critical ingredient for auroras exists much higher in space than previously thought, according to new research in the journal Scientific Reports. The dazzling light displays in the polar night skies require an electric accelerator to propel charged particles down through the atmosphere. Scientists at Nagoya University and colleagues in Japan, Taiwan and the US have found that it exists beyond 30,000 kilometres above the Earth's surface - offering insight not just about Earth, but other planets as well.

The story of aurora formation begins with supersonic plasma propelled from the Sun into space as high-speed, charged particles. When these charged particles get close to Earth, they are deflected and funnelled in streams along the planet's magnetic field lines, eventually flowing towards the poles.

"Most electrons in the magnetosphere don't reach the part of the upper atmosphere called the ionosphere, because they are repelled by the Earth's magnetic field," explains Shun Imajo of Nagoya University's Institute for Space-Earth Environmental Research, the study's first author.

But some particles receive a boost of energy, accelerating them into Earth's upper atmosphere where they collide with and excite oxygen and nitrogen atoms at an altitude of about 100 kilometres. When these atoms relax from their state of excitation, they emit the auroral lights. Still, many details about this process remain a mystery.

"We don't know all the details of how the electric field that accelerates electrons into the ionosphere is generated or even how high above Earth it is," Imajo says.

"Our study shows that the electric field that accelerates auroral particles can exist at any height along a magnetic field line and is not limited to the transition region between the ionosphere and magnetosphere at several thousand kilometres," says Imajo. "This suggests that unknown magnetospheric mechanisms are at play."

The team reached this finding by examining data from ground-based imagers in the US and Canada and from the electron detector on Arase, a Japanese satellite studying a radiation belt in Earth's inner magnetosphere. The data was taken from 15 September 2017 when Arase was at about 30,000 kilometres altitude and located within a thin active auroral arc for several minutes. The team was able to measure upward and downward movements of electrons and protons, ultimately finding the acceleration region of electrons began above the satellite and extended below it.

"Understanding how this electric field forms will fill in gaps for understanding aurora emission and electron transport on Earth and other planets, including Jupiter and Saturn," Imajo says.

Nagoya University has a history of about 150 years, with its roots in a temporary medical school and hospital established in 1871, and was formally instituted as the last Imperial University of Japan in 1939. Although modest in size compared to the largest universities in Japan, Nagoya University has been pursuing excellence since its founding. Six of the 18 Japanese Nobel Prize-winners since 2000 did all or part of their Nobel Prize-winning work at Nagoya University: four in Physics - Toshihide Maskawa and Makoto Kobayashi in 2008, and Isamu Akasaki and Hiroshi Amano in 2014; and two in Chemistry - Ryoji Noyori in 2001 and Osamu Shimomura in 2008. In mathematics, Shigefumi Mori did his Fields Medal-winning work at the University. A number of other important discoveries have also been made at the University, including the Okazaki DNA Fragments by Reiji and Tsuneko Okazaki in the 1960s; and depletion forces by Sho Asakura and Fumio Oosawa in 1954.