The Cells That Stand in the Way of Curing HIV: New Discovery Expands Understanding of Bone Marrow’s Role

Team shows that HIV can hide in hematopoietic progenitor cells, adding to understanding of long-lived reservoirs of the virus 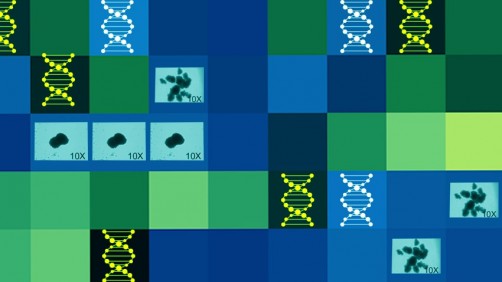 Newswise — Every day, 17 million HIV-infected people around the world swallow pills that keep the virus inside them at bay.

That is, as long as they swallow those pills every day for the rest of their life.

But no matter how many drugs they take, they’ll always have the virus in them, lurking in their white blood cells like a fugitive from justice.

And if they ever stop, HIV will come out of hiding and bring down their immune system from the inside out, causing the disease known as AIDS and potentially spreading to others before killing them.

Now, new research into HIV’s hiding places reveals new clues about exactly how it persists in the body for years. The discovery could speed the search for drugs that can flush HIV out of its long-term hideouts and cure an infection for good.

In a new paper in PLoS Pathogens, a team led by University of Michigan researcher Kathleen Collins, M.D., Ph.D. reports that HIV hides in more types of bone marrow cells than previously thought – and that when these cells divide, they can pass the virus’s genetic material down to their “daughter” cells intact.

This keeps the infection going for years, without tipping off the armed guards of the immune system.

Collins and her colleagues made the discovery in bone marrow samples donated by dozens of long-term HIV patients treated at U-M’s academic medical center, Michigan Medicine, and at Henry Ford Health System in Detroit.

Using funding from the National Institutes of Health, they found that HIV can hide in hematopoietic progenitor cells (HPCs), which also serve as the parents of new blood cells that replace worn-out ones on a regular basis. HIV tricks the cells into incorporating the virus’s genetic material into the cells’ own DNA.

“Looking for the cells that harbor functional HIV is like searching for a needle in a haystack.   Our new results expand our understanding of the type of cells that can do it,” says Collins, Professor of Microbiology and Immunology and of Infectious Disease at the U-M Medical School. “It’s like a cancer biology problem, only the ‘mutation’ in the cells is the inserted viral genome.”

HPCs are made by hematopoietic stem cells, the “master cells” of blood production found in the marrow. Previous research had shown that HIV can hide for years in the bone marrow. But it was not known whether the virus persisted only in stem cells or whether the reservoir could include more differentiated progenitor cells. Demonstrating that progenitor cells form a long-lived reservoir of virus expands the number of cell types that need to be targeted.

By demonstrating that HIV genetic material can lurk in blood progenitor cells, the researchers extend other recent studies indicating that such cells can live for years, says Collins, whose lab team included lead author Nadia Sebastian, a U-M M.D./Ph.D. student.

She notes that from the point of view of the virus, finding a harbor in this kind of cell means it can hedge its bets, giving it a chance at survival and eventual reproduction if its host’s defenses weaken. The virus that causes chicken pox – varicella – also does this, hiding out in nerve cells just under the skin for years until it awakens and causes the painful condition called shingles.

Knowing exactly what cells harbor HIV over the long-term is crucial to battling persistent infections. Other research has focused on the T cells that carry out key immune system functions.

“Having established this, now we’re poised to ask if we can treat HIV infection by targeting hematopoietic progenitor cells,” she explains. The team is evaluating potential drugs that could kill just these cells.

They find in the new paper that in order for HIV to infect a progenitor cell, that cell must have a type of receptor on its surface, called CD4, that the virus can attach to. Additionally, the researchers show that two subtypes of HIV can infect these cells: those that use the CXCR4 co-receptor to enter cells as well as those that use CCR5, which expands the types of HIVs that can potentially cause reservoirs.

Finding those progenitor cells in the marrow of the human patients who agreed to undergo a biopsy for the sake of pure research was tricky, Collins says. But thanks to them, researchers are a step closer to a day when HIV infection is no longer a life sentence for millions of people around the world.

“Moving from the state we’re in, where patients will always have to be on these drugs, to a better form of therapy where they can stop, would have a huge effect,” she says. “Today’s medications have side effects, as well as financial costs. To get to the next step, we need to target the types of cells that form a latent infection, including these progenitor cells.”