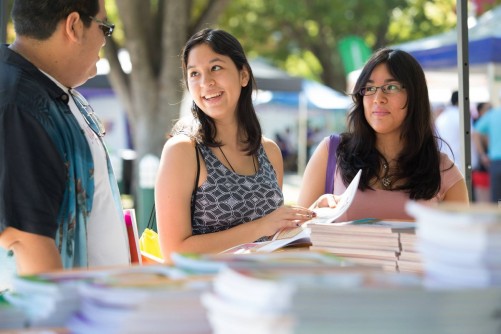 The free events promote a college-going culture among the Spanish-speaking community through sharing information that helps make achieving a higher education more accessible.

CSU representatives will cover topics including admission requirements, navigating the CSU’s new online application portal, Cal State Apply, and educational opportunities for AB540 students. Staff will also be conducting workshops during which they will provide information about the DACA renewal process and how to apply for financial aid.

The Feria de Educación is part of the CSU’s Latino Initiative, which forges strong community partnerships that help increase the number of Latino students who attend and graduate from college. Since the first event was hosted at CSU Dominguez Hills in 2008, the program has expanded to include locations in Northern California in order to reach the most students.

The CSU is the largest and one of the most diverse university systems in the nation. More than 40 percent of the CSU’s 479,000 students are Latino and more than 30,000 Latino students graduated from the CSU in 2016-17.

Twenty-one of the CSU’s 23 campuses are considered Hispanic Serving Institutions (HSIs) meaning that they have a Latino student population of at least 25 percent. This designation makes campuses eligible for federal grants and other programs aimed at strengthening Latino student success.

CSU campuses were recently recognized for being among the “Top 100 Colleges and Universities for Hispanics” in Hispanic Outlook Magazine’s 2017 rankings. Nearly all CSU campuses were on the list of universities that grant the most bachelor’s degrees to Hispanic students with Fullerton, Long Beach, Northridge and San Diego being ranked in the top 10.