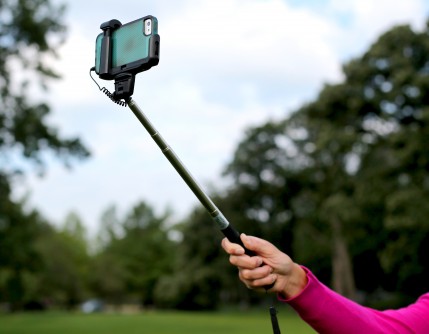 More and more venues are considering or enforcing a ban on selfie sticks. 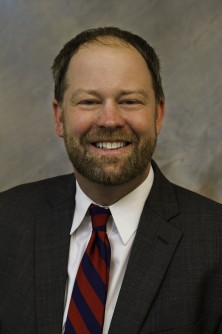 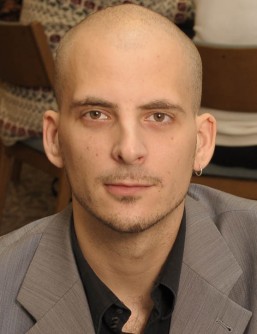 Newswise — AMES, Iowa – The decision to ban selfie sticks at all Disney theme parks is one that Eric D. Olson expects other amusement parks and entertainment venues will soon start implementing if they haven’t already made such a move.

Olson, an assistant professor of event management at Iowa State University, worked in management for Walt Disney World Resort in the early 2000s. Disney had initially planned to only prohibit selfie sticks on specific thrill rides and attractions, but it has since announced a park-wide ban. Olson says the ban is a matter of safety for all guests.

“I was recently talking with some of my colleagues at Disney and there have been quite a few incidents where guests were pulling the selfie sticks out on attractions and rides,” Olson said. “I think a lot of families, as well as the cast and employees will be thankful for the decision. I do know attractions were being stopped if a guest pulled one out on a ride or attraction to take a photo. So it really caused an inconvenience for all guests.”

That’s not to say everyone will be happy with the decision. Olson says Disney is taking several steps to communicate the change through its website, at its hotels and at park entrances. The ban on selfie sticks is no different than the list of other items, such as coolers and lawn chairs, not allowed in the park, he said. Olson expects the response to be similar to a decision Disney made during his time there, to only allow smoking in designated areas.

“Initially, there was a little uproar, but I think it was just a matter of communicating the policy change and now it’s not an issue,” Olson said. “Initially, some guests will be upset, but long-term, as with any policy change, guests will accept it.”

Olson applauds the bans and says it’s the right move for the industry. He recently traveled to China for a conference and visited the Shanghai Museum, which does not allow guests to use selfie sticks.

Technology has made it possible for people to easily snap a photo and instantly share it with the world. It’s important to recognize the role of technology when trying to understand the fascination with the selfie trend, said Zlatan Krizan, an associate professor of psychology. Krizan, who studies narcissism, says while there are exceptions, it is unfair to label selfies as narcissistic behavior.

“The modern culture of self-promotion certainly fuels such use of selfies, with social media sites providing a sort of a competitive race to whose life is more interesting,” Krizan said. “Taking a selfie may indicate some narcissism, but the standards for how we self-present have shifted in a way that labeling such behavior as narcissistic doesn't make much sense. Taking a selfie, while flexing or wearing underwear, is more debatable.”

One might argue that the convenience of technology has increased photos of the everyday or mundane. However, the urge to share photos from a vacation or special event is nothing new, Krizan said. Social media has simply changed the dynamic of how we share and how quickly the image can spread beyond just a close group of friends or family.

“There is little doubt that social media enables and probably encourage selfie taking and sharing,” Krizan said. “Doing adventurous or physically daring activities make great stories, and sharing selfies while you do it means you don't have to wait to revel in others’ reactions like you used to.” 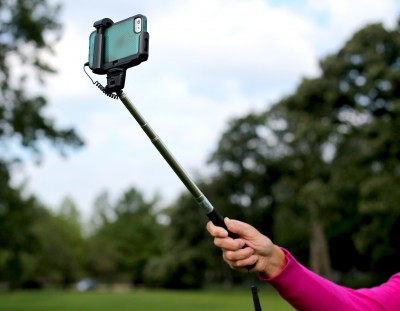 Caption: More and more venues are considering or enforcing a ban on selfie sticks. 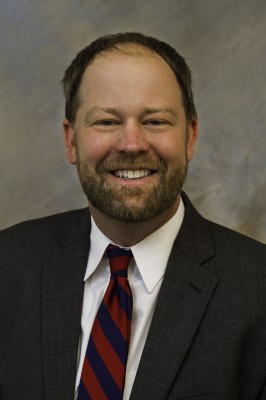 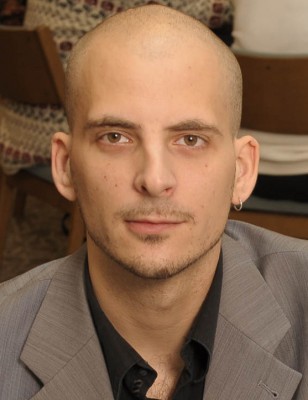