Revealed today as the IUCN World Conservation Congress convenes, the Great Elephant Census will inform major conservation policy decisions across the globe in an effort to ensure African elephants’ survival 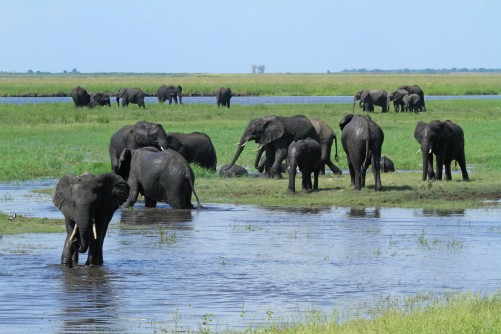 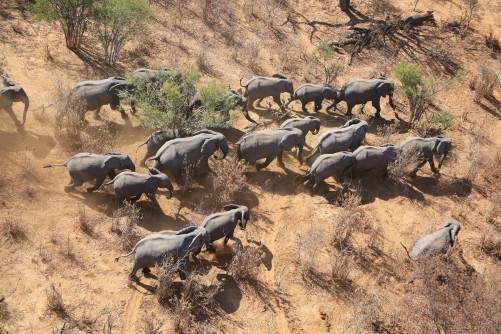 Elephants from the air 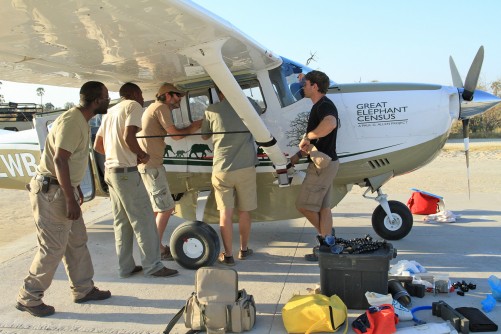 Setting up one of the survey aircraft

The Pan-African survey shows the estimated savannah elephant population to be 352,271 within the 18 countries surveyed to-date, representing at least 93 percent of savannah elephants in these countries. For savannah elephant populations in 15 of the GEC countries, for which repeat counts were available, populations declined by 30 percent between 2007 and 2014. 84 percent of the population surveyed was sighted in legally protected areas compared to 16 percent in unprotected areas. However, large numbers of carcasses were observed in many protected areas indicating that elephants are struggling both within and outside of parks. Experts say the ivory trade and poaching pose serious threats and there is now a risk that savannah elephants could disappear from parts of Africa. The scientific report of the GEC findings was published on August 31, in the peer-reviewed open access journal PeerJ and is freely accessible at https://peerj.com/articles/2354/

The GEC team used the most accurate, up-to-date counting and statistical methods to analyze data, accurately determining the number and distribution of the great majority of African savanna elephants and this now provides a baseline on a continental scale for future surveys and trend analyses, that wildlife ecologists will be able to use to coordinate conservation efforts.

Overall, 90 scientists, six non-governmental organization partners, and two advisory partners, managed by a team at Paul Allen’s Vulcan Inc. collaborated in the work. These included the organizations Elephants Without Borders, the Wildlife Conservation Society, the Nature Conservancy, Frankfurt Zoological Society, African Parks Network and the advisory groups Save the Elephants and the International Union for Conservation of Nature’s African Elephant Specialist Group. The effort was conducted which partnered with in country park biologists, rangers, and game wardens.

The first GEC flights started in February 2014. The GEC teams flew a total of 294,517 km of transect lines to sample 218,238 square km or 24 percent of the total ecosystem area being studied. This involved 9,700 hours (406 days) in the air by 81 airplanes and 286 crew. The census has completed 18 country surveys with two countries still to be completed, organizers say. South Sudan and the Central African Republic are anticipated to be flown by the end of 2016 depending on safety conditions and data reliability.

Dr Michael Chase, the Principle Investigator on the project, said that “the results of the GEC show the necessity of action to end the African elephants’ downward trajectory by preventing poaching and protecting habitat.”

PDF of this Press Release: http://static.peerj.com/pressReleases/2016/Press-Release-Chase.pdf

Link to the Published Version of the article (quote this link in your story): https://peerj.com/articles/2354 - your readers can freely access this article at this URL. 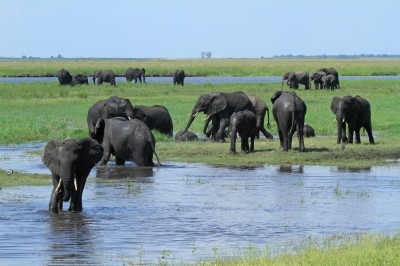 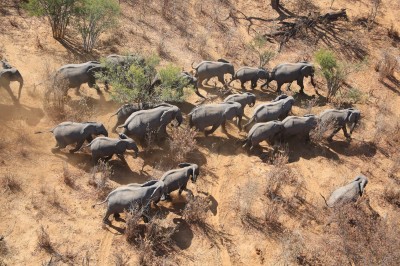 Caption: Elephants from the air 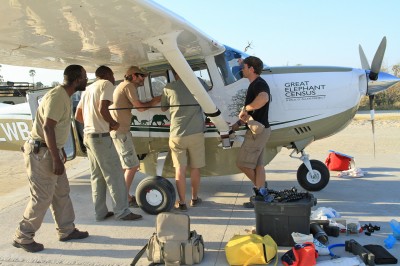 Caption: Setting up one of the survey aircraft