The Hidden Traumas of Disaster 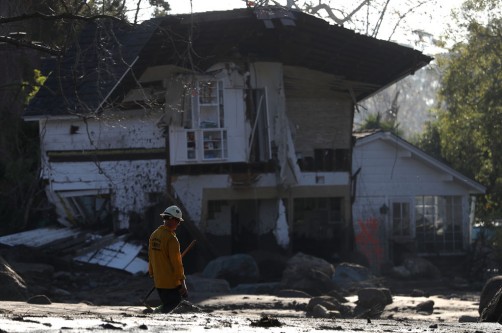 Newswise — In the aftermath of disasters – hurricanes, earthquakes, epidemics, armed conflict, and the like – it is difficult to describe the true extent of damage wrought on society. Statistics on deaths, injuries, the number of destroyed buildings, and, after a few days, estimates of economic losses, are most commonly reported. Occasionally, as was the case with Puerto Rico after Hurricane Maria, the number of people left without power is a telling statistic. Governments and media use these facts, numbers, statistics and counts because it is a quantifiable way to understand the otherwise unfathomable.

Lost in these numbers, however, is a hidden trauma that is difficult to measure, even when it is diagnosed. Disasters affect the mental health not only of those directly impacted by the disaster, but of those everywhere the disaster causes distress. Mental trauma is widespread, affecting far more people than physical injury. Long after physical wounds heal, mental trauma remains.

It is important to understand how disasters affect mental health because effective preparedness for and response to disaster requires dedicated resources for mental trauma. Failing to address mental trauma neglects the well-being of tens of thousands of Americans, and millions more around the globe, each year.

There are many ways that mental trauma can manifest. Nearly everyone affected by disaster will experience stress in some way, either brought on by personal injury, the loss of a loved one, the loss of a home, some combination of these events or something else entirely. For most, it will amount only to acute stress, causing short-term discomfort, and everything from apathy to despair. This initial stress does not always manifest as a mental trauma, or ultimately a mental disorder.

At its worst, however, the stress can cause mental trauma that leads to persistent conditions like Post Traumatic Stress Disorder (PTSD), major depression, Generalized Anxiety Disorder, Substance Use Disorder and Panic Disorder, among others.

Generally speaking, the greater proximity to the disaster, the greater the likelihood of mental trauma. Being directly affected, such as experiencing injury or being caught in the crossfire or a building collapse is associated with greater chance of mental trauma. Having a strong personal connection to a victim is likewise associated with a greater likelihood. Mental trauma also is particularly prevalent in first responders who repeatedly witness the most gruesome scenes caused by disasters. Even onlookers of rescue operations can experience it when they have no connection to the victims.

What may come as a surprise is that, in the absence of a direct experience – as victim, first responder or onlooker – or a connection to a victim, large-scale disasters may still cause mental trauma. Americans all over the United States who witnessed the 9/11 terrorist attacks on television experienced mental trauma, at least partially because of modern media’s ability to translate the horrors of disaster so well.

Disasters also have a unique ability to remind people of the frailty of life, and that livelihoods and lifesavings can disappear in a split second. Especially in places where insurance is inaccessible and government support almost wholly absent, there may be no feasible way to recover from disaster. The mental stress of that realization can be enough to cause long-term mental harm.

Mental trauma and resulting mental disorders are difficult to diagnose without specialized training primarily because in most cases they do not manifest themselves physically. A layperson can recognize a compound fracture, which is common in many natural disasters, but mental trauma requires trained specialists.

It also is difficult to diagnose disorders that are a result of mental trauma because symptoms often take time to present. Symptoms of PTSD can take months to appear, and in rare cases symptoms do not become present for years.

In the United States, that ratio is drastically higher at 170 per 100,000. However, in most states the number of professionals is still far below that needed to adequately serve the population. In some U.S. territories, many of which are prone to natural disasters, Americans have virtually no access to mental health resources.

The consequences of mental trauma

Recognizing, diagnosing and treating mental trauma is crucial for the recovery of a community struck by disaster. Although mental trauma is largely hidden, it has tangible effects on individuals, households and communities.

The obvious effect is on the individuals who experience the trauma. Mental disorders, especially when they go untreated, can be disruptive to everyday life. As an example, PTSD often puts a strain on personal relationships, leading to isolation, and ultimately, it may become difficult for the sufferer to function fully in a job. Stress-induced mental disorders also can be the cause of physical illness, such as cardiovascular disease, obesity and high blood pressure.

Mental trauma also affects the whole family. In many of the countries most prone to disasters, there is little to no social safety net. If a family member experiences mental trauma that disrupts their ability to work, it jeopardizes access to food, water, education, housing and other goods critical for human well-being.

Ultimately, collective trauma can slow economic development as well, as members of the workforce lose productivity.

Given both the incidence and the long-lasting effects of mental trauma caused by disaster, it should be clear that addressing mental trauma in a disaster response is important. The Federal Emergency Management Agency provides some very limited resources for mental health response in U.S. domestic disasters, but in the U.S. response to disasters abroad, mental health is almost entirely absent. It is also absent from just about any other country responding to disaster domestically and abroad. That has to change if we want to limit the damage caused by disasters – damage that sometimes affects an entire generation.

However, to address the mental health consequences of disaster requires a long-term commitment to disaster response. Whereas searching for people in the rubble of fallen buildings concludes after a few days, treating mental trauma can take months or years. The commitment to mental health has to last far longer than the news cycle.