The Hottest Jobs for 2018, and Beyond

A new report from the Bureau of Labor Statistics spotlights what are likely to be the fastest growing occupations between now and 2026 across the United States. 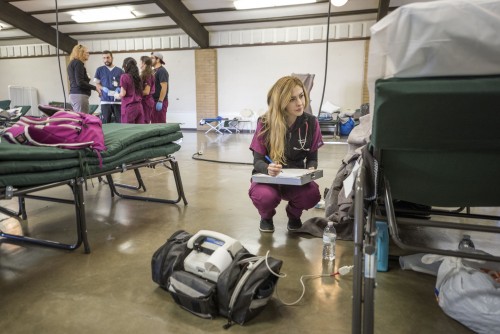 ​The demand for registered nurses in the United States is expected to grow 15 percent over the next decade. The CSU offers Bachelors of Science degree programs in nursing at 17 campuses.

Newswise — A new report from the Bureau of Labor Statistics (BLS) spotlights what are likely to be the fastest growing occupations between now and 2026 across the United States.  As the report points out, "Knowing which industries are projected to grow or decline helps jobseekers make more informed career decisions."

It can also help college students make knowledgeable decisions when choosing a major.

Here are five occupations requiring a bachelor's degree that will have strong job openings over the next decade:

Registered Nurse
Projected increase in jobs over the next decade: 15 percent

Job outlook: There will be an ongoing emphasis on preventive care. Growing rates of diabetes, obesity and other chronic conditions, and baby-boomers who are living longer than previous generations are all driving the need for registered nurses.

Projected increase in jobs over the next decade: 24 percent

Job Outlook: At 24 percent, the projected growth in jobs for software developers is three times higher than the average for all occupations.

Related CSU programs: All but one of CSU's 23 campuses offer undergraduate degrees in computer science that can prepare you for a job as a software engineer. (CSU Maritime Academy does not offer the degree.) You can also earn a Bachelor of Science in Computer Science from the fully online degree program of Cal State Online.

Projected increase in jobs over the next decade: 10 percent

Job Outlook: In general, the growth in the accounting industry is closely tied to the health of the economy. As the economy expands, the BLS report notes, there will be an increased need for professionals to prepare financial records and assess financial operations.

Related CSU programs: You can earn a bachelor's degree in accounting at 18 CSU campuses.

Projected increase in jobs over the next decade: 23 percent

Job Outlook: The growing demand for market research analysts is being driven by the increased use of research data across all industries.

Related CSU programs: You can prepare for the job of market research analyst in several ways, from majoring in marketing, earning a Bachelor's of Science in Mathematics with a concentration in statistics at one of more than a dozen CSU campuses, or pursuing a degree in the social sciences or communications.

Projected increase in jobs over the next decade: 8 percent

Job Outlook: You can't walk into one of these management positions straight out of college. They typically require five years of experience, and often much more. Employment opportunities will be strongest in industries that are expanding with fierce competition for top executive spots.

Related CSU programs: Managers have a wide variety of educational degrees. A Bachelor's in Business Administration is among the most common, and that's offered at every one of the CSU's 23 campuses, as well as online.