The Human Dimensions of Water 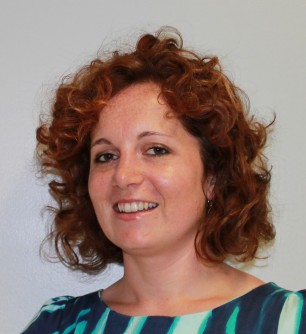 Newswise — Water is the driving force of all nature, but how do people react when an area begins to run out of water? Martina Angela Caretta, assistant professor of geography at West Virginia University, seeks to answer that question in a report she co-authored for the United Nations Educational, Scientific and Cultural Organization (UNESCO).

In the report, Caretta discusses how water scarcity leads to migration of a land, while also studying how gender plays a role in the migration process. She also evaluates how water availability affects social stability and the number of jobs available for younger generations. The report indicates that two-thirds of the world’s population, or four billion people, live in conditions of severe water scarcity at least one month per year, while another half billion people face severe water scarcity year-round.

“Climate change is triggering migration, especially in areas of the world that are water scarce,” Caretta said. “Water is a resource we cannot live without in the Global North as in the Global South. My research is about how our society is organized around water, who has access to it and who doesn’t and how we can preserve water or remedy water quality so that we can have sustainable development.”

Without that water, individuals cannot grow food for themselves, so they have to migrate to another area to find food and water. This migration ultimately leads to overcrowding, which can upset local citizens and lead to conflict.

One example of this dilemma is the war in Syria, says Caretta. Communities in the northern part of the country could not produce enough food for themselves due to water scarcity, so they migrated to the capital, which led to population pressure in a city where food shortage was already an issue. This, in turn, triggered conflicts between the local ethnic group and the newcomers.

“There are a few studies that show a connection between climate change and reduced rainfall, failing yields, loss of livelihoods, conflict and migration,” Caretta said. “More research needs to be done to close this knowledge gap.”

The report estimates that nearly 25 million people per year are forced from their homes nationally and internationally due to natural disasters. These migrants move from dry to wet countries in search of better economic opportunities and a better quality of life.

Climate change has different impacts on women and men, explains Caretta. While few studies provide research of this phenomenon, migration is a gendered process which depends on local societal gender norms. However, there is a lack of knowledge and resources regarding the link between migration, youth employment, gender and water scarcity due to the dangers associated with carrying out research in water-scarce countries. Caretta has been collaborating with UNESCO to address this knowledge gap.

“The truth of the matter is that this phenomenon cannot be studied any other way than going to refugee camps and interviewing people to understand how water played a role in their migratory decision and how the water resources in the receiving society have been put under strain,” Caretta said.

In addition to the UNESCO study, Caretta is currently researching how local organizations, in large part led by women, in West Virginia are working to restore rivers contaminated by chemical industries or acid mine drainage.

Together with Jamie Shinn, an assistant professor in geography, Caretta is also carrying out another project focusing on the response to the 2016 floods in southern West Virginia.

“The work of Caretta and other social science researchers at WVU contributes what is often the missing human perspective to the technical aspects of water scarcity and quality,” said Tim Carr, chair of the Department of Geology and Geography. “Her work helps to complete the picture and to outline viable paths to address the critical personal, regional and global issues of water supply.”

To learn more about the UNESCO report, visit http://www.unesco.org/new/en/natural-sciences/environment/water/wwap/display-single-news/news/wwap_launches_a_new_paper_on_water_and_migration/