The International Congress of Mathematicians will be held in the summer of 2022 in St. Petersburg

8-Feb-2022 8:05 AM EST, by Russian Foundation for Basic Research
favorite_border 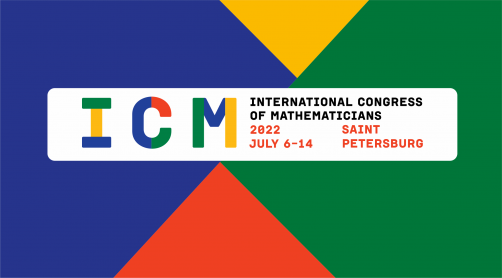 Newswise — A press conference dedicated to the International Congress of Mathematicians (ICM) was held on February 7 at the TASS Press Center (St. Petersburg). The Congress will be held in St. Petersburg on July 6-14, 2022. This is the most significant world meeting in the field of fundamental and applied mathematics. Russia hosts the Congress for the second time — in 1966, it was held in Moscow.

The conference was opened by Arkady Dvorkovich, co-chair of the Executive organizing committee (EOC) of the International Congress of Mathematicians, Chairman of the Skolkovo Foundation. "In 2018, Russia won the right to host the International Congress of Mathematicians in a strong competition. The opponents were worthy, first of all France. Of course, this choice indicates the recognition of the merits of Russia and Russian mathematicians, our mathematical school all over the world," Arkady Dvorkovich commented. He added that the International Congress of Mathematicians will be held right after the Year of Science and Technology in Russia and mark the beginning of the Decade of Science and Technology. "It seems to us that Russia will be able to truly unite mathematicians from all over the world at this Congress, showing both its hospitality and its ability to organize such events, erasing political boundaries that, unfortunately, exist in the world today," Arkady Dvorkovich concluded his speech.

Vice Governor of St. Petersburg Vladimir Knyaginin noted five most important responsibilities of St. Petersburg in organization of the Congress — health safety, transport and infrastructure, media support, cultural program, as well as providing accommodation for guests. St. Petersburg has extensive experience in holding large-scale international events, even during COVID-19 pandemic. The organizers note that the sites of EXPOFORUM, the largest Convention and Exhibition Center in St. Petersburg where the ICM will take place, will be fully ready to welcome guests

The Vice Governor assured that the organizers will take the necessary measures to ensure the health safety of the participants, and will also do everything possible for a comfortable stay of guests in Russia. The possibility of visa-free entry to Russia, as well as a rich cultural program, will play an important role in this. In addition, the participants will have a variety of scientific events to attend — a large number of specialized satellite events will be held in different cities of Russia from March 1 to September 1, 2022

"It is an honor for us to host the International Congress of Mathematicians in St. Petersburg. This is not only an important international event that will take place in our city, but also an incentive for the further development of our mathematical schools, a way to establish professional ties and strengthen existing ones," commented Vladimir Knyaginin.

Deputy co-chair Executive of the Organizing Committee of ICM, Fields Medallist of 2010, scientific director of the Chebyshev Laboratory and the Faculty of Mathematics and Computer Sciences of St. Petersburg State University Stanislav Smirnov and member of the EOC, member of the Executive Committee of the International Mathematical Union, Fields Medallist of 2006 Andrey Okounkov told about the scientific program of the Congress, the participants and the importance of the Congress for the global mathematical community. According to Stanislav Smirnov, the ICM is the oldest and most prominent scientific congress, which has been held every 4 years since 1897. At the moment, more than 5 thousand participants from 144 countries have already registered for the Congress. The leaders in the number of registrations are Russia, India, China, Brazil, Italy, Argentina, and the USA.

During the Congress, about 30 plenary hour-long lectures and about 200 sectional reports will take place. "And this is not only mathematics, but also many adjacent areas. The Congress covers areas from physics to computer science," Stanislav Smirnov said.

"In more than a hundred years of the Congress, it is only the second time it has been held in Russia. Therefore, it is impossible to overestimate the importance of the fact that the best mathematicians of the planet come to us in St. Petersburg. This is an absolutely exceptional chance, especially for our talented youth, to see the whole panorama of modern mathematics, as well as an exceptional chance to revive ties between our and international mathematical communities," Andrey Okounkov stressed.

The importance of the Congress as an incentive for the youth was also emphasized by Elena Bunina, a member of the organizing committee, CEO of Yandex Russia, professor of Moscow State University: "Holding the International Congress of Mathematicians will increase the attractiveness of science in the country and create a fruitful environment for the emergence of new research and researchers." Elena Bunina noted that according to opinion polls the attractiveness of science is growing in Russia, and more and more parents approve of their children's decision start their careers in research. That is why now is a great time to popularize science in particular and mathematics in general.

PR Director of ICM and PR Director of Skoltech Oksana Kurilova closed the press conference. She said that representatives of both Russian and international media already can get accreditation to the Congress — this option is available on the event's website. Applications for accreditation close on June 10. In addition, the organizing committee of the Congress invites young people aged 18 and over to take part in the event as volunteers - applications can be submitted until March 1.

The International Congress of Mathematicians (ICM) will be held in 2022 from July, 6th to July,14th in Saint Petersburg (Russia) by decision of the International Mathematical Union. The implementation of the Congress is included in the national project “Science and universities”. The holding of the Congress in Russia is intended to strengthen the integration of international mathematical centers into the world scientific community and to attract new Russian and foreign partners to cooperate. This is the most important meeting in the field of basic and applied mathematics in the world and one of the oldest scientific congresses.

The first ICM was held in 1897 in Zurich (Switzerland). The goal of ICM is to represent the broadest possible spectrum of modern mathematics, including all scientific disciplines and mathematical schools from different geographical regions, and thus to determine the future direction of mathematics. Speakers of ICM are high-level mathematicians, who can present modern research trends to a wide audience. The ICM program includes a very wide range of activities, including plenary and invited lectures, panel discussions, public lectures, public education activities for the public, short presentations, poster presentations, and much more.

An important part of the ICM are the award ceremonies of IMU Prizes. Fields Medal for outstanding contributions in mathematics, which is considered the highest award in mathematics, as well as the first IMU Abacus Medal, marking pioneering contributions to scientific computing and mathematical aspects of computer science will be awarded during the opening ceremony of the ICM2022. No less important are the Carl Friedrich Gauss Prize, Chern Medal, Leelavati Prize and Emmy Noether Lecture. For the first time, Ladyzhenskaya medal will be awarded at the ICM2022.