11-Mar-2020 8:30 AM EDT, by University of Wisconsin-Milwaukee
favorite_border 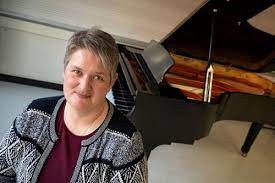 This year marks the 250th anniversary of the birth of Ludwig van Beethoven, who is considered one of the most influential artists of all time. Gillian M. Rodger can talk about the transformative and lasting impact that the German-born composer has had on both musical performance and the study of the arts.

Rodger is a professor and area head of music history and literature at the University of Wisconsin-Milwaukee's Peck School of the Arts. She can delve into Beethoven’s remarkable personality and sense of self and how he changed the ways composers viewed their craft in the rest of 19th and 20th centuries.