Lonely people shop differently than others, and a University of Iowa researcher is trying to find out why 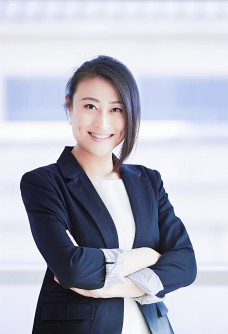 Newswise — Another frenzied holiday shopping season approaches, with mobs of people looking for the perfect gifts.

Most will keep their spending under control. Some will not, and many of those who indulge in impulsive shopping will do so because they are lonely. Jing “Alice” Wang, associate professor of marketing in the University of Iowa Tippie College of Business, studies lonely people, in particular their shopping habits relationships with retailers.

The lonely people Wang researches are defined as having a friendship deficit, meaning they don’t have the number of relationships with other people that they want. There’s no set number of friends that people need, she says -- that all depends on the individual.

“Someone growing up from a big family with lots of kids might need a lot of relationships to be happy,” Wang says. “Others can be happy with just two or three friends. For some, a friend on the other side of the globe to talk with on the phone is enough.”

People who are unhappy because they don’t have as many relationships as they want are classified as lonely, and that often sets their behavior apart from people who say they have enough friends, Wang says.

Wang says loneliness affects shopping habits because a lonely person feels socially isolated, so they’re worried about what they don’t have and that leads to mental resource depletion.

“Research has found resource depletion has many different effects on people, and one of them is impulsive buying,” she says. “Lonely people don’t mean to buy something, they just do, and this can lead to negative downstream emotions, like regret. People who aren’t lonely, who are satisfied with the number and quality of relationships in their lives, usually have more self-control and are less likely to shop impulsively.”

Lonely, isolated people also tend to be less pro-social, so they’re less likely to give gifts or donate money to organizations, she says.

She says the things that lonely people buy are also different than people who aren’t.

"Lonely people are more likely to choose a product that the minority wants,” she says. “If a product is advertised as something eight out of 10 people prefer, they’re less likely to buy it for private use. They’re more apt to buy something that only 20 percent of people prefer. Lonely people sense that they’re in the minority themselves because most people aren’t lonely, so if a product is endorsed by a minority, they can relate more with it.”

There’s one caveat to this. If they’re going to use the product in public, not just in their homes, they’re more likely to buy the majority-endorsed product.

Lonely people are also more likely to bond with a product, seeing that product as a human being and treating it that way by forming a meaningful connection to it. That’s not the case with shoppers who aren’t lonely, who buy things either for the product functions or for public show. They don’t typically form human-like relationships with it.

Wang says that from a consumer perspective, her research can be used to note that if a person is isolated and lonely, they should monitor themselves for impulsive shopping so they don’t buy a lot of things they don’t need. From a business perspective, it can be used to address consumers who are lonely so that they buy products that make them happy, and they don’t just buy something to buy it.