The Machine Inside a Catfish’s Catch 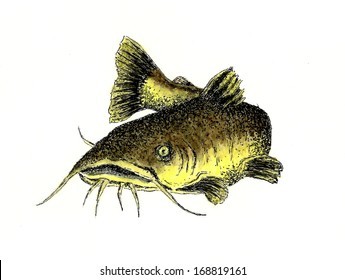 Newswise — New research into how catfish capture prey provides an unparalleled view of the internal mechanics of fish skulls and could inspire the design of new underwater robots. Although lead researcher Aaron M. Olsen of Brown University in Providence, Rhode Island started the research simply to better understand how fish work, he ended up discovering parallels between how fish capture and manipulate prey and how humans or even robotic systems pick up and manipulate objects.

"Fish don't have hands or arms like us to grab prey with. And underwater, their prey can rotate and move freely in three dimensions, or even swim away. Even when fish catch prey they still have to move and re-orient it inside their mouth, just as we do with our tongue. But fish also lack the flexible tongue. It's incredibly challenging," says Olsen. "The closest most people have come to experiencing first-hand what it's like for a fish to eat is probably apple bobbing," Olsen joked.

To understand how fish overcome this challenge, Olsen and co-authors, Patricia L. Hernandez of George Washington University and Elizabeth L. Brainerd also of Brown University studied channel catfish, the most commonly fished catfish species in the U.S. Olsen and his co-authors used a type of X-ray motion capture called X-ray Reconstruction of Moving Mophology to film channel catfish while they caught and swallowed food. This technology gives the researchers something akin to X-ray vision, enabling them to see inside the fish while it's eating. And there's lots to see:whereas human skulls have just a single moving jaw bone, fish have over a dozen moveable bones, joined together to form what engineers call a linkage or mechanism, a series of rigid links connected by flexible joints.

The researchers found that the skull of channel catfish, and likely many other fish species, functions as a 17-link mechanism not previously identified in biomechanical or human-engineered systems. "We knew previously that fish have multiple four-bar and even six-bar linkaged in their skulls," says Olsen, "but we hadn't figured out how these linkages connect and function together. With this study, we now have the most complete representation yet of how a fish skull functions mechanically.

The 17-link mechanisms, reminiscent of a complex mechanical device, allows the mouth to move in several different ways to affect the motion of water and captured prey. This includes opening the front of the mouth or lips, expanding the middle portion of the mouth horizontally, expanding the throat vertically, and flaring the gill covers up or out. The authors found that this mechanism producted at least three different types of "waves" of fluid inside the mouth: a front-to-back wave to draw prey in, a back-to-front wave that pushes prey forward, and what they call a compressive wave that may function to more precisely position prey within the mouth.

What perhaps surprising for most people is that the fish mouth is not a simple open-and-close mechanism. It can move in lots of different ways, "remarked Olsen. "But what's also surprising is that even though fish have all of these moving parts, they really only move their mouth in about seven different ways to capture and swallow food. The fish mouth is actually more analogous to our arm than to our mouth. We can move each of our arms in about seven different ways to reach and grasp objects in our environment. Despite looking very different, both a fish mouth and a human arm follow this fundamental principle that if you want to manipulate an object you have to be able to move in lots of different ways."

Olsen thinks that their findings could inspire improvements to the design of robots that capture and manipulate objects underwater, part of an ever-growing field called bioinspired design. "Designing a robot that can manipulate floating objects underwater is very difficult.  Underwater autonomous vehicles might have a robotic arm, like our own arm, that works well for manipulating heavier items but would fail to grasp or might crush a floating item. And they might have a suction device that can suck in or blow out floating items but cannot move and rotate them with high precision. Designing something closer in structure to a fish mouth might have an advantage. Fish have had hundreds of millions of years to evolve all sorts of solutions to this type of challenge - I think we still have a lot to learn from them."

For more information on how X-ray Reconstruction of Moving Morphology is giving us an unprecedented view inside moving animals, please visit xromm.org.