The Mediterranean diet reduces the risk of having another heart attack 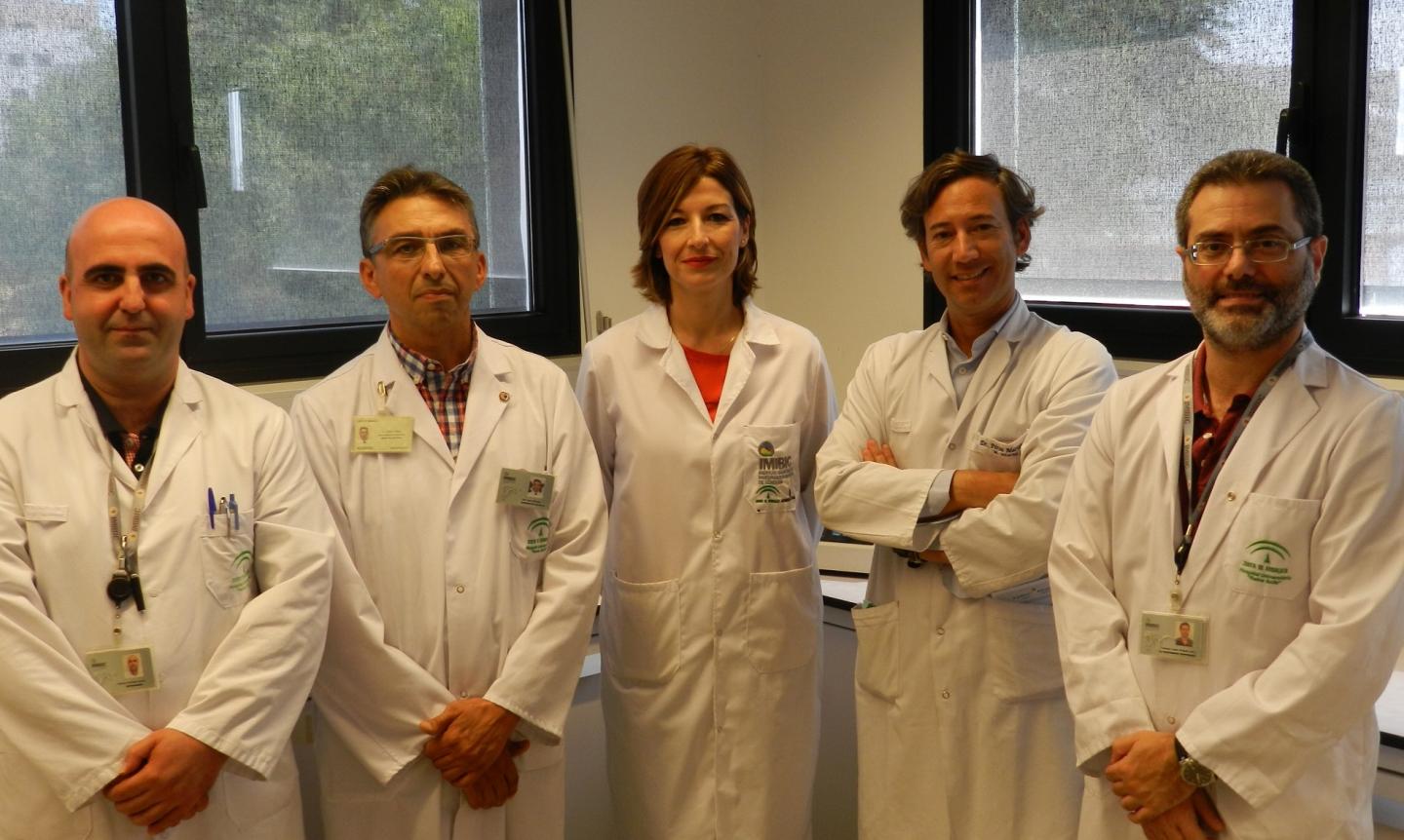 Part of the research team.

Newswise — Heart disease is the main cause of death in developed countries. There is evidence that shows that factors related to lifestyle, such as diet, have an influence on developing these kinds of diseases. But, do they have any effect on patients who are already ill?

A team from the University of Córdoba, Queen Sofia University Hospital and the Maimonides Biomedical Research Institute of Cordoba (IMIBIC) has published a study in PLOS Medicine. This study compares the effects of two different healthy diets on the endotheliem, the walls that cover the arteries. 1002 patients who had previously had an acute myocardial infarction took part in the study and were monitored over the course of a year.

The research group had previously worked on a similar study with healthy patients, however, this is the first time it has been done with ill patients, who are more likely to have other heart attacks. "The degree of endothelial damage predicts the occurrence of future cardiovascular events, as in acute myocardial infarctions. If we can take action at the inital stages, prompting endothelium regeneration and better endothelial function, we can help to prevent heart attacks and heart disease from reoccurring", explains José López Miranda, researcher on the study and coordinator of the "Nutritional Genomics and Metabolic Syndrome" research group at the Maimonides Biomedical Research Institute of Cordoba, made up of researchers belonging to the Internal Medicine Clinical Management Unit at Queen Sofia University Hospital, to the University of Córdoba (UCO) and to CIBERobn, the Online Biomedical Research Centre for Obesity and Nutrition.

During the study, half of the patients were told to follow a Mediterranean diet, based on using plenty of virgin olive oil, eating fruit and vegetables every day, and having three servings of legumes, three of fish and three of nuts a week. In addition, they were told to cut down on eating meat, especially red meat, and to avoid additional fats such as margarine and butter as well as food that is high in sugar.

In contrast, the other group was told to follow a low-fat diet, based on limiting all kinds of fat, both animal and plant, and increasing their intake of complex carbohydrates. They were told to cut down on red meat, to choose low-fat dairy products, to avoid eating nuts and to reduce their intake of sweets and pastries.

In the first place, the vasodilation capacity that the patients' arteries had was analyzed, which is very important in order to adapt to different circumstances, like exercise or stressful situations. Secondly, the degree of permanent endothelium damage was assessed. Lastly, the reparation ability of the arteries by means of endothelial progenitor cells, or stem cells, was measured.

"We observed that the Mediterranean diet model induced better endothelial function, meaning that the arteries were more flexible in adapting to different situations in which greater blood flow is required. Besides, the endothelium's ability to regenerate was better and we detected a drastic reduction in damage to the endothelium, even in patients at severe risk", explains José López Miranda.

Though the Mediterranean diet, rich in monounsaturated fatty acids, had already been proven to be a good strategy in order to improve endothelial function in overweight patients as well as patients with high cholesterol, this is the first time that the benefits of following a Mediterranean diet have been shown among patients with heart disease, helping them to reduce the likelihood of having another heart attack.

This study was performed within the framework of Project CVI-7450 "Nutritional Genomic Analysis of the effect of a Mediterranean diet rich in virgin olive oil on endothelial damage and ability to regenerate and its predictive value of risk", funded by the Andalusian Regional Government's Department of Economics, Innovation and Science.