The Myth of the Disconnected Telecommuter

29-May-2012 2:15 PM EDT, by University of Wisconsin-Milwaukee
favorite_border 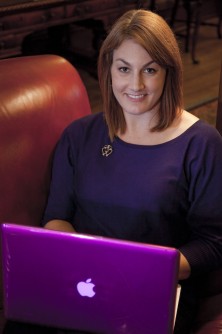 Newswise — The assumption that employees who regularly telecommute will feel less attached to the organization they work for due to feeling isolated and disconnected is a myth, according to a study led by a communication researcher at the University of Wisconsin-Milwaukee (UWM).

Findings indicated that more communication does not equal more organizational identification for teleworkers. In fact, the opposite was true, says Kathryn Fonner, UWM assistant professor of communication.

“It is often assumed that teleworkers need a lot of communication and contact with the organization in order to diminish their sense of distance and to develop a sense of belonging,” says Fonner. “But we found that the more teleworkers communicated with others, the more stressed they felt due to interruptions, and this was negatively associated with their identification with the organization.”

The study, co-authored with Michael Roloff, professor of communication studies at Northwestern University, appears in the June issue of Communication Monographs, published by the National Communication Association.

One possible reason, says Fonner, is that teleworkers consider fewer interruptions as being one of the perks of their remote work arrangement. “When teleworkers feel they are constantly interrupted, this may decrease the value of organizational membership for them, and diminish their attachment to the organization,” she says.

Other outcomes of the study:

• The benefits of frequent communication with others were minimal and not significantly related to teleworkers’ or office workers’ sense of closeness with others in workplace interactions, regardless of the communication mode used.

• Office workers reported significantly greater levels of stress due to interruptions compared to teleworkers, but their organizational identification was not affected by this stress.

Fonner says the study findings emphasize a need to address the stress and time pressure associated with the constant barrage of workplace communication for everyone.

“Teleworkers should strategically manage their connectivity in order to balance the benefits and drawbacks of communicating with others,” says Fonner, “while organizations should focus on streamlining communication. This may include limiting mass emails, diminishing the number of weekly meetings, creating information stores and fostering an environment where employees can schedule uninterrupted time to work.”

In the Workplace Staff Picks