Organs from drug-overdose deaths are suitable for transplantation, research shows. 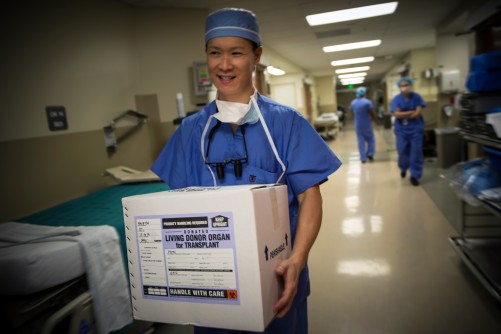 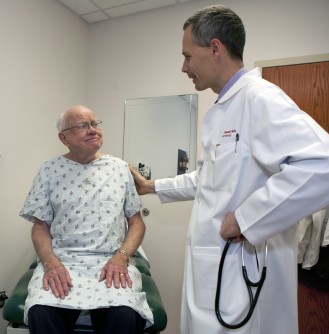 Dr. Josef Stehlik with a patient 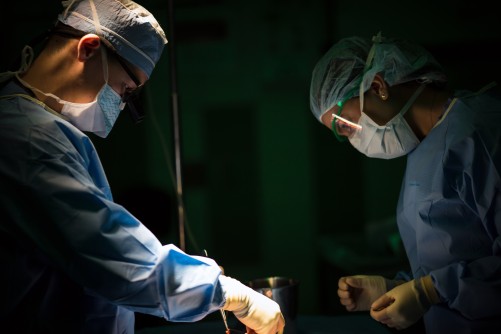 Newswise — At this very moment, more than 110,000 people across the United States are lingering on organ transplant waiting lists. The ravages of the opioid epidemic have created an unforeseen opportunity – an increase in the availability of organs for donation.

New research led by investigators at University of Utah Health and Brigham and Women’s Hospital shows that an increase in drug-overdose related deaths has boosted the number of organs available for transplantation. They found a more than 10-fold increase in the proportion of donors who died from drug intoxication between the years 2000 and 2016 in the United States, from 1.2 percent (59) to 13.7 percent (1,029).

“We were surprised to learn that almost all of the increased transplant activity in the United States within the last five years is a result of the drug overdose crisis,” said Mandeep R. Mehra, M.D., medical director of the Heart and Vascular Center at Brigham and Women’s Hospital and first author on the study.

But are these organs safe?

The researchers examined 17 years of transplantation records andfound no significant change in the recipients’ chance of survival when the organ donation came from victims of drug intoxication. The study publishes online on May 17 in the New England Journal of Medicine.

According to Josef Stehlik, M.D., M.P.H, medical director of the Heart Transplant Program at the U of U Health and senior author on the research, the team examinedheart and lung data because these organs are the more sensitive to reduced oxygen supply that may occur during a drug overdose. They focused on survival in the first year, because these concerns would manifest shortly after the transplant. The fact that transplant patients who received these organs had similar survival as other transplant patients relieves the concerns of irreversible organ damage from drug overdose death.

“In the unfortunate circumstances where opioid deaths happen, organ donation can extend life of many patients in need of transplant,” said Stehlik. “Yet, these organs are often not considered suitable for organ donation.”

Clinicians have traditionally been conservative when identifying organs from drug intoxication deaths for procurement. During an overdose, a person may experience prolonged episodes of low blood pressure that can reduce the supply of oxygen throughout the body. There are also considerations that include infection risk, such as Hepatitis B and C and HIV, but this risk can be minimized with modern testing.

“I feel hopeful that doctors across the country will read this and feel confident that organs that pass the required tests are safe for transplant,” Stehlik said. “This awareness is especially important when organ procurement professionals have to decide on use of potential donors with this high-risk history.”

This study can also serve to better inform patients. The United Network for Organ Sharing policy requires patients are made aware of the circumstances of higher risk donations and can decide whether or not to accept it.

As the government invests millions to combat the opioid epidemic, the transplant community does not plan to rely on drug-intoxication deaths as a long-term source of donations.

“We must look to new ways to increase organ donor recovery by concentrating on greater use of marginal organs or by expanding the suitable donor pool by using new technologies to improve organ function before the transplant takes place,” Mehra said.

The research team also examined the Eurotransplant data that tracked transplantation in eight European countries during the same period. They found the number of organ donors dying from drug intoxication in Europe has remained low (less than 1 percent). Stehlik attributes these low numbers to policies in Europe that have kept opioid drug prescriptions low.

Along with Stehlik and Mehra, John Jarcho, M.D., and Muthiah Vaduganathan, M.D., M.P.H., at Brigham and Women’s Hospital in Boston, Wida Cherikh, Ph.D., and Rebecca Lehman, Ph.D., with the United Network for Organ Sharing and Jacqueline Smits, Ph.D., with the Eurotransplant International Foundation contributed to this analysis.

University of Utah Health is the state’s only academic health care system, providing leading-edge and compassionate medicine for a referral area that encompasses 10% of the U.S., including Idaho, Wyoming, Montana and much of Nevada. A hub for health sciences research and education in the region, U of U Health touts a $291 million research enterprise and trains the majority of Utah’s physicians and more than 1,250 health care providers at its Schools of Medicine and Dentistry and Colleges of Nursing, Pharmacy and Health. With more than 20,000 employees, the system includes 12 community clinics and four hospitals — University Hospital; University Neuropsychiatric Institute; Huntsman Cancer Hospital; and the University. 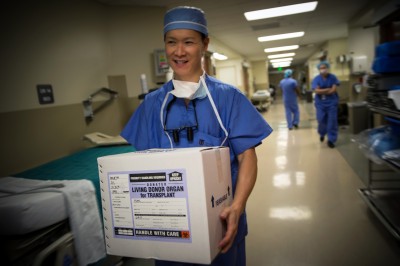 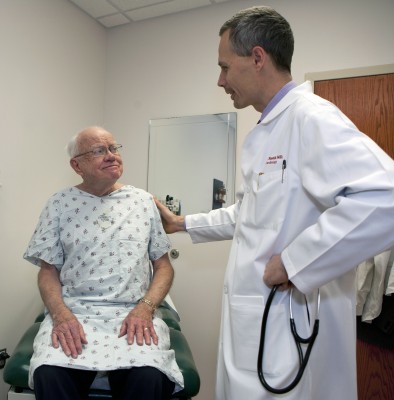 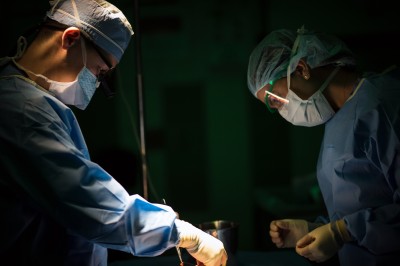