The physics of walking is simpler than we thought

By comparing ants and robots, researchers found that the math for slithering can be applied to most multi-legged creatures too 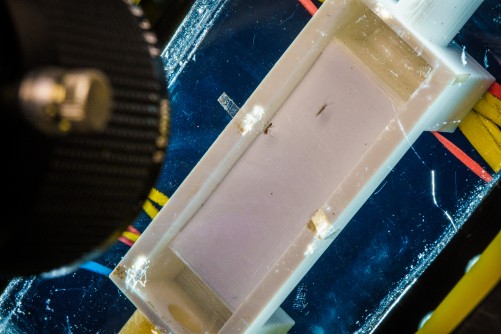 This experimental set up to observe ants walking is similar to the one used in the study. 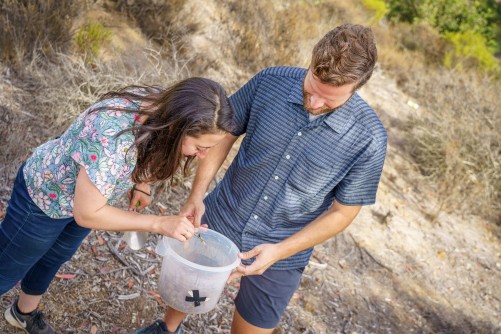 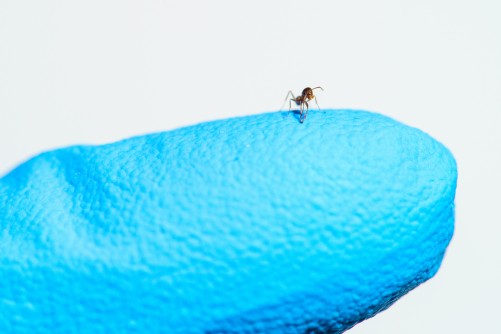 A closeup of an Argentine ant. 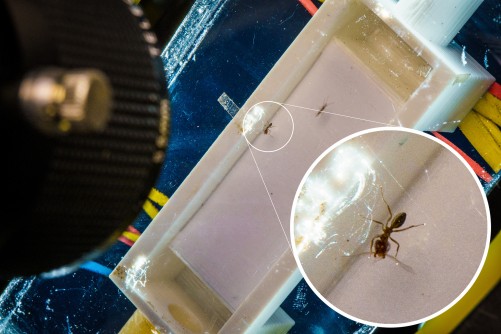 This experimental set up to observe ants walking is similar to the one used in the study, with an ant close up.

Newswise — By comparing ants and robots, researchers found that the math for slithering can be applied to most multi-legged creatures too

The physics of walking for multi-legged animals and robots is simpler than previously thought. That is the finding described by a team of roboticists, physicists and biologists in the Sept. 5 issue of the Proceedings of the National Academy of Sciences, in a paper titled “Walking is like slithering: a unifying, data-driven view of locomotion.”

“This is important because it will allow roboticists to build much simpler models to describe the way robots walk and move through the world,” said paper coauthor Nick Gravish, a faculty member in the Department of Mechanical and Aerospace Engineering at the University of California San Diego.

The researchers had previously studied ant walking and wanted to see how their findings could be applied to robots. In the process, they discovered a new mathematical relationship between walking, skipping, slithering and swimming in viscous fluids for multi-legged animals and bots.

The team studied several colonies of Argentine ants at UC San Diego, and two different types of multi-legged robots at the University of Michigan.

“Argentine ants are very easy to study in the lab,” said paper coauthor Glenna Clifton, a faculty member at the University of Portland, who conducted most of the ant research while she was a postdoctoral scholar in Gravish’s lab at UC San Diego.

Argentine ants are good walkers that can go long distances over various terrains. These ants also easily acclimate to lab settings, rebuilding their colonies quickly. Researchers then can motivate them to walk by placing food in specific locations. “These ants will set up foraging trails and follow them,” Clifton said. “They bounce back quickly and they don’t hold a grudge.”

To study these different animals and robots, researchers used an algorithm developed by the research group of Shai Revzen at the University of Michigan, which turns complex body motions into shapes. “This algorithm allows us to create a simple relationship between what posture you’re in and where you are going to move next,” Gravish said.

The researchers found that the same algorithms could be applied both to ants and the two different types of robots in the study, even though the amount of slipping motions when they walk differs widely. Argentine ants also don’t slip much when they walk – just 4.7% of total motion. By contrast, that slipping percentage is 12% to 22% for the six-legged BigANT robot and 40% to 100% for the multipod robots with six to 12 legs in the study, which sometimes crawl.

By using this model, researchers can predict where the insect or robot is going to move next simply based on what posture–or shape–they’re making.  “This provides a universal model for location that applies whenever the movement is dominated by friction with the environment,” the researchers write.

The mathematics the researchers used aren’t new. But the math was understood to only apply to slithering and swimming in viscous liquids. The team showed that the same equations apply to multi-legged walking, whether the walkers are slipping or not. In addition, the same rules apply from millimeter-scale insects, such as ants, to meter-scale robots. An early version of the paper title was “walking like a worm.”

“The universality of this approach may have applications in robot design and motion planning, and provides insight into the evolution and control of legged locomotion,” the researchers write.

Researchers hypothesize that these universal principles may have implications for understanding major evolutionary transitions, for example from swimming to walking. Given that walking, even with slipping, follows the same general control principles as viscous swimming, early land animals might already have had the neural circuitry needed for locomotion on land.

Researchers didn’t study two-legged creatures, but the model would apply to them as long as they move slowly; have both feet on the ground at the same time; and do not fall. (Picture Michael Jackson doing the moonwalk.)

The team still has more fine tuning to do, to understand, for example, the role friction forces play in the model.

“Either way, walking can be much simpler than we usually think,” Gravish said.

Walking is like slithering: a unifying, data-driven view of locomotion