The Poet Within the Physician 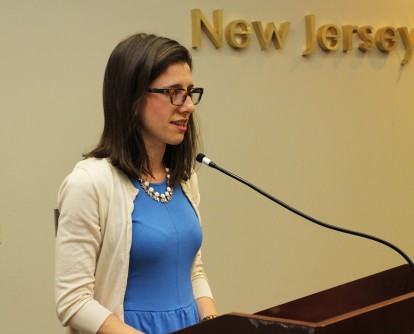 Katherine Doyle reads a poem that describes how much medical students need to learn – and the importance of sounding as if they have mastered every syllable of it. 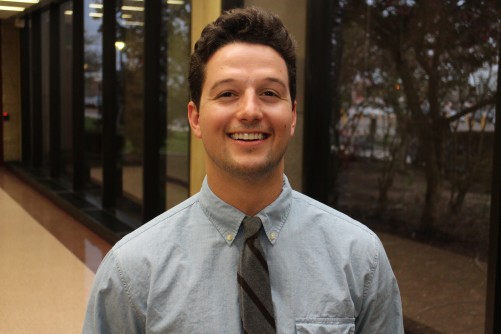 Newswise — Students who enroll in medical school or train for other health careers make a profound commitment. They have volunteered to hold the lives of other people in their hands. They will confront blood and pain, suffering and tragedy, and – with luck and supreme skill – participate in moments of recovery.

Sometimes it takes a poet to put the swirling emotions of a health-professional-in-training into just the right words, and students working toward advanced degrees at the nine schools of Rutgers Biomedical and Health Sciences recently confirmed that they are – indeed – poets.

The students, training for professions that include medicine, physical therapy, dentistry, nursing, pharmacy and more, entered their works in a poetry contest called Cry of the Heart, organized by Diane Kaufman, an assistant professor in the Department of Psychiatry at Rutgers New Jersey Medical School and a frequent writer of poetry.

“People really have deep feelings, and you don’t know that often until they’re invited to express it,” says Kaufman. “I’m just blown over, really, with gratitude for what the students have to share and I think also the courage of sharing it.”

In just his first year as a student at Rutgers Robert Wood Johnson Medical School, future physician Paul Rocco Allegra has already encountered death. In the anatomy lab, he and his classmates dissect cadavers of people who have donated their bodies so that medical students can learn.

In a poem he calls Maybe, Allegra imagines fleeting moments when, in life, the person whose corpse lies before him might have crossed paths with him. Is it possible, Allegra writes, that he was too busy to pay attention?

I hesitate to look at your face,

you’ve looked at mine.

In the anatomy lab, Allegra says, “you see painted fingernails, or freckles or hair,” haunting signs that this preserved mass of organic material was once a person – a human being like him. “You need to stop and reflect and analyze, and poetry does that.”

The poetic thoughts of second-year Robert Wood Johnson student Katherine Doyle spring from the sheer volume of information that medical students need to absorb – and to master. Doyle wrote a poem called Abetalipoproteinemia, a 10-syllable word that describes a patient’s inability to absorb certain nutrients. To Doyle, that term and many others are evidence of the dedication she will need to learn medical language, in a world where physicians can be judged by how readily those unnatural-sounding words roll off their tongues.

My pronunciations are shameful.

Will patients call me doctor if I can’t speak?

“This poem is an exercise in personal therapy for me,” says Doyle. “When I shared it with my classmates, they identified with it, because if you struggle to pronounce the name of the disease, it discounts your knowledge. You want to instill confidence in your patients.”

These and other poems that were entered show a vulnerability that many medical professionals feel obligated to hide, according to Judy Rowe Michaels, one of the contest’s judges. “There is a pressure to be tough and not to reveal emotion,” says Michaels, a poet-in-the-schools for the Geraldine R. Dodge Foundation. “I think that creates a very stressful situation,” she adds. “Poetry tends to be a place to explore feelings and address such emotions as grief and fear.”

It also can sharpen a physician’s healing skills, says Zeynep Uzumcu, another medical student who wrote a poem that was honored. “It is so important to be connected to the humanities as a physician,” explains Uzumcu, who was an undergraduate English major at Rutgers and has written poetry for years. “Patients come with problems that are not just physical. Being able to recognize the source of those problems helps you to be a better doctor.”

Thirty-seven students entered the competition, submitting a total of 81 poems. The judges evaluated both the feelings expressed and poetic techniques the students used. This is the third year the event has been held, and Diane Kaufman intends to continue it for many more. While “winners” were announced and prizes awarded, Kaufman says competition is the last thing on her mind. “I don’t even like the word contest,” she declares. “It’s the sharing and forming of a community.” 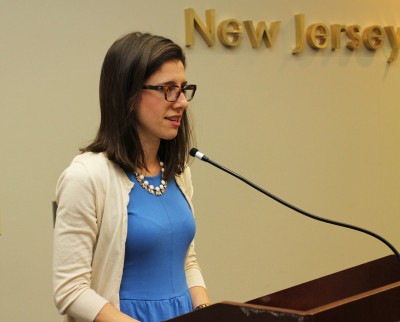 Caption: Katherine Doyle reads a poem that describes how much medical students need to learn – and the importance of sounding as if they have mastered every syllable of it. 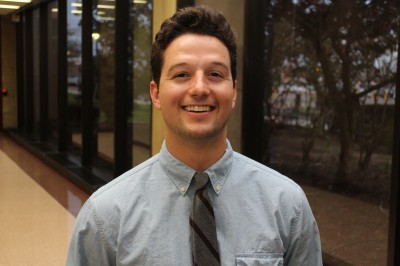