The Power of Songwriting and Storytelling Abound as Punk, Blues and Americana Music Artists Take On GW’s Lisner Auditorium 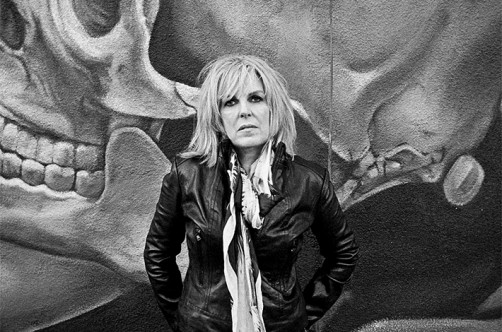 Newswise — Lucinda Williams and Buick 6, Solid Soul: Mavis Staples and Joan Osborne and Patti Smith each have a unique way of revealing themselves through music. The stunning intensity and grit of Ms. Williams, the downright soulfulness of Ms. Staples and Ms. Osborne and the courageousness of punk music icon Ms. Smith represent Lisner’s focus to bring iconic musicians to their audiences.

Ms. Williams will perform on Oct. 7. She is one of Americana's most uncompromising and consistently fascinating songwriters and performers. Her live shows have an unmatched intensity and drive, especially when she's playing with a band as powerful as Buick 6. Ms. Williams last was in D.C. for a Kennedy Center performance in April honoring folk great Lead Belly along with dozens of other folk heavy hitters. Her latest album, “Down with the Spirit Meets the Bone,” received acclaim for songs like “Burning Bridges.” Buick 6 will open up the show.

“Lisner has a tradition of bringing some of the most legendary names in music to our stage,” said Maryann Lombardi, executive director of GW’s Lisner Auditorium. “We are pleased that these influential artists and accomplished women are performing here.”

On Oct. 9, Ms. Smith, a musician, writer, poet and member of the Rock and Roll Hall of Fame, will speak about the release of her memoir “M Train.” In the memoir, Ms. Smith visits 18 places that have special meaning for her, from the Greenwich Village café where she begins many of her days to the Michigan home she shared with her late husband to the memorials and gravesites of artists that have empowered and inspired her, including Frida Kahlo, Sylvia Plath and Rimbaud. Ms. Smith complements her journeys with her signature wry musings and her own black-and-white photos.

Ms. Smith is presented in partnership with Politics & Prose, and part of the Newsmakers Series, a reading series that moves beyond the headlines to spark in-depth conversations about contemporary issues.

Lisner’s rock series continues on Oct. 31, when the Grammy Award-winning soul legend Ms. Staples and multi-platinum recording artist Ms. Osborne bring their highly anticipated national tour “Solid Soul” to D.C. From her early days with the iconic Staple Singers, when she topped the charts with songs like 1972 No. 1 hit “I’ll Take You There,” to an album with Wilco’s Jeff Tweedy, Ms. Staples has been a leader in American music for six decades. Recently, Ms. Staples led the all-star musical finale on the first episode of Stephen Colbert's Late Show. The “Solid Soul” tour marks her first tour collaboration with Ms. Osborne, the widely celebrated singer-songwriter who dominated Top 40 radio with her hit song “One of Us” and whose albums have garnered seven Grammy nominations.