The Power of Telemedicine 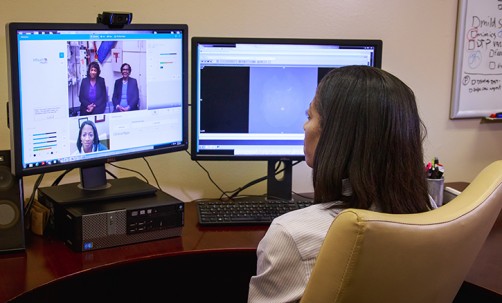 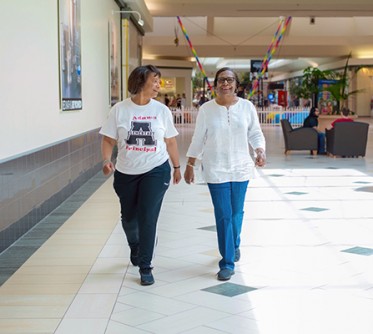 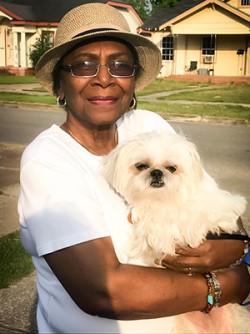 Newswise — Betty Ozen has a spring in her step again, thanks to her quick-acting daughter, the wonders of telemedicine and a helping paw from Jojo.

The grandmother of 12 and great-grandmother of six is back to driving her SUV, going to church, doing the housework and making her renowned banana pudding, all on top of being busy walking her new best friend — a Shih Tzu she was given for her 84th birthday.

“I just feel normal, and little Jojo keeps me on my toes now, too,” she says.

She is so sprightly and articulate that it’s hard to believe Ozen suffered a severe stroke in March 2017 that could have robbed her of the ability to do all the things she loves. However, she received the right treatment at the right time, thanks to the UTHealth Telemedicine Program at McGovern Medical School at The University of Texas Health Science Center at Houston (UTHealth).

Ozen and her daughter, Cheryl Tripplett, are sharing their experience of stroke, the fifth leading cause of death in the United States and a major cause of long-term disability.

“I took a bath, had breakfast and got ready to go see my friend. I was a bit early, so I put my purse on the dining room table with my phone and went to sit down,” Ozen says. “But I became really dizzy. I was so dizzy I could hardly walk, so I crawled to the table for the phone to call my daughter.”

Tripplett, who is the principal of a school nearby, rushed to her mother’s home and found her lying on the sofa with a wet towel on her forehead.

“I was so scared. Although she could still speak, she couldn’t understand what I was saying. I ran to call on a neighbor who helped me get her into the car so we could go to the hospital. On the way there, when her eyes started rolling back, I knew it was something serious,” Tripplett says. “There’s a history of high blood pressure and stroke in the family, but she had always been very slim, fit and healthy.”

Within 30 minutes, Ozen was being examined at The Medical Center of Southeast Texas by a neurologist 100 miles away at McGovern Medical School at UTHealth.

“My mother didn’t know what was going on, so I spoke to the doctor on a screen. She explained that my mother had suffered the most common type of stroke, caused by the blockage of an artery in the brain,” Tripplett says. “But the good news was that it was treatable and time was on our side, making her a prime candidate for tPA.”

Tissue plasminogen activator (tPA), known as a clot-buster, is the only medication available to treat acute ischemic stroke. It works by dissolving the blockage in the artery that is depriving that area of the brain of blood. Time is the essence of tPA’s efficacy, so the sooner it is given, the better the chance of making a fuller recovery. Unfortunately, three-quarters of stroke patients miss out because they arrive at the hospital later than the 4.5 hour time window of potential tPA opportunity. This makes the role of telemedicine, combined with people being alert to the signs of stroke, all-important.

Tiffany “TC” Cossey, M.D., assistant professor of neurology at McGovern Medical School at UTHealth, is a member of the UTHealth Telemedicine Program team, which delivers highly advanced stroke and neurological care through 24/7 consultations at hospitals as far away as 400 miles. It’s a much-needed lifeline for people without direct access to stroke neurologists, who are scarce in rural populations and community hospitals. As one of the first-ever dedicated stroke programs, it currently carries out around 15,000 consultations each year and serves 19 hospitals.

“Family is the first line of taking care, and Ms. Tripplett sought help very fast. Timing is everything with tPA and an examination of her mother’s ability to speak and perform basic tasks, combined with brain scans in real time, established that this treatment was suitable,” says Cossey, who is affiliated with Memorial Hermann Mischer Neuroscience Institute.

“It was a no-brainer — tPA sounded like a wonder drug and didn’t disappoint. Within 30 minutes of her getting it, she was speaking and alert,” Tripplett says.

Ozen was airlifted via Memorial Hermann Life Flight to Memorial Hermann-Texas Medical Center for in-hospital care, where she soon regained control of all her basic abilities to function. Further evaluation revealed that her stroke had been caused by an irregular heartbeat known as atrial fibrillation. She was treated with blood thinners to prevent a recurrence and within a week, she was released from the hospital to return home.

But as with many stroke patients, her road to recovery took time.

“Her short-term memory was affected. We would talk about something, and then a short time later, she would repeat herself. My mother is very proud, so she didn’t want to use the walker they gave her to get around and stay steady on her feet,” Tripplett says. “She would never admit it, but I could tell she was scared. When we did get out of the house, she seemed uncomfortable and on edge. My mother’s independent spirit had gone and sometimes she was almost like a different person — shy and timid.”

That’s when the comprehensive after-care kicked into action through a specialist clinic at UT Physicians, the clinical practice of McGovern Medical School. In addition to managing Ozen’s stroke and blood pressure medication, Anjail Sharrief, M.D., M.P.H., assistant professor of neurology at McGovern Medical School and director of the Stroke, Transitions, Education and Prevention (STEP) at the UT Physicians Neurology Clinic, also addressed her other issues, working closely with the family. This holistic service involved memory work, physical rehabilitation, dietary advice and psychological support to help overcome any signs of anxiety.

“Dr. Sharrief has been amazing,” Tripplett says. “In addition to the medical support, she has offered practical ways to improve memory, mental well-being and regain confidence — like playing games, doing puzzles and crosswords and normal household chores.”

Slowly but surely signs of Ozen’s old self became more apparent and frequent.

“She became interested in getting out of the house more often. When she started driving from Port Arthur to Nederland, a 9-mile trip, just to deliver doughnuts to my son, I knew she was returning to us. I cried with joy and relief because at last I had my mom back,” Tripplett says.

That was six months ago, and Ozen’s recovery has gone from good to excellent, according to the modified Rankin Scale, commonly used by physicians to measure the degree of disability after stroke.

Ozen is back to doing all the tasks she is used to, including making sweet potato pie and her special banana pudding, which still sends teachers at her daughter’s school into a nostalgic fantasy.

“Whenever I say her name, they always bring up banana pudding, and their eyes glaze over. She’s such a great cook, and they love being the perfect excuse for her to practice her talents. And of course she still keeps up with her grandchildren and great-grandchildren’s birthdays, all carefully marked up on the calendar on the pantry door,” Tripplett says.

Besides being back in touch with her nurturing nature and returning to the role of church deaconess, Ozen is also taking good care of herself. She cooks her meals from scratch and has cut out fried food and salt. She’s getting plenty of exercise too because of a special birthday surprise from her two daughters.

“When I first saw him, I didn’t think I could take care of a little doggy because I was sick. But I put him in my lap and that was it — we’ve been the best of friends ever since,” Ozen says. “We go out walking every day, and he’s very precious to me. I feel so blessed and thankful to God.”

As for the secret to her successful recovery, she says it’s been a team effort.

“Jojo is very sweet. But I wouldn’t be where I am now without my family, friends and doctors, who have also been like family. They have all been so wonderful, I honestly don’t feel any different now. Everything is just normal,” she says.

“We offer both emergency and follow-up consultation, harnessing the most advanced technology to assess patients fully and make the right medical decisions in a timely fashion,” says Wu, who is affiliated with Memorial Hermann Mischer Neuroscience Institute. “We are one of the few institutions in the country which provides this service to a growing network of community hospitals. When it comes to stroke, time is brain, so these decisions are vital and, as in Ozen’s case, they can significantly improve the chances of a successful outcome.” 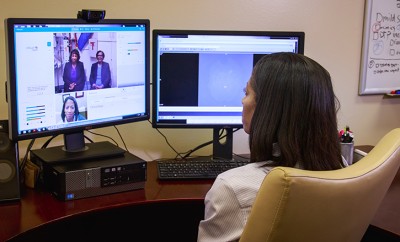 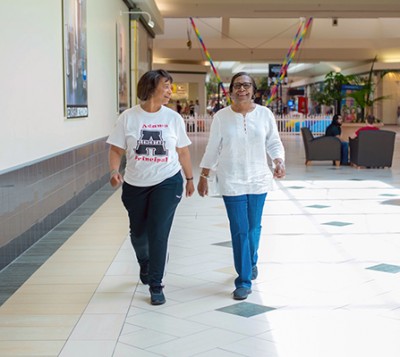 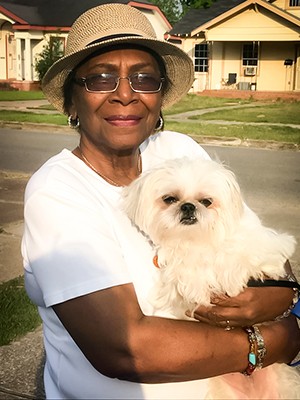