The Race is On: Nevada is in the Driver’s Seat for Burgeoning Lithium Industry. UNLV economic geologist talks lithium battery supply chain, green energy, and self-sustainability 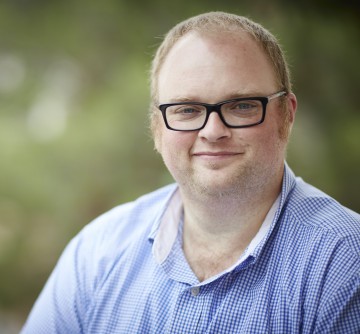 The ‘Lithium-Ion Battery State’ may not have the same ring to it as ‘Battle-Born’ or ‘Silver State,’ but the reality is that Nevada could soon be a leader in the lithium battery supply chain – potentially giving the U.S. an edge in the arms race for the in-demand metal that’s the key to powering everything from your cell phone to electric vehicles.

The government expects the size of the lithium battery market to soar by 2030, and it is imperative for our economy and national security to move ahead of international competitors. China currently owns the global lithium-battery market, dominating the supply chain.

And a renewed nationwide focus on becoming self-sufficient is where Nevada comes in, with a litany of what are called critical metals and minerals waiting to be mined. The definition of these elements varies by country, but the more economically/strategically important, the more critical. In America, these include aluminum and cobalt, along with some rare-earth metals such as scandium and yttrium.

“If we all want smartphones, laptops and all the trappings of modern life, we need to mine more,” said associate professor Simon Jowitt, who immerses himself in the topics of tomorrow at UNLV’s Department of Geoscience. “If you expand this to other technologies we’ve seen develop since WWII, you end up with a situation where we’re mining more metal than ever before–even with increased recycling.”

The best part is that the entire process could be done within state lines—from mining to recycling–otherwise unheard of domestically. Figuring out how to balance this in both a socially acceptable and environmentally-friendly way could lead to the creation of thousands of new jobs in Nevada. But getting to that point requires some exploration.

“We use information taken from every facet of geology and combine it to figure out where concentrated deposits of critical metals and minerals form,” said Jowitt. “It’s like a detective novel in a number of ways–like Columbo or Hercule Poirot piecing everything together to get the final answer.”

Jowitt is an expert in economic geology with more than 95 scientific papers, and has talked about premier mining operations all over the world. Now, he’s helping to shed light on Nevada’s untapped potential.

What are critical metals, and where are they most commonly found?

Critical metals provide essential properties to a technology or product, such as phones, computers, renewable energies, and defense purposes like missile guidance systems. They are not easily substituted, generally not recycled, and subject to supply-chain risk (that’s why they’re ‘critical’).

But the issues around critical metals involve supply chain and production. Supply chains because of geographic restrictions of the metals and minerals (for example, platinum in South Africa and rare-earth metals in China).

Production also impacts a variety of critical metals, including cobalt, tellurium, selenium, and indium, which are actually byproducts of other metals such as copper and nickel. This means some of those important elements can only be made during a certain stage of production, which is split all over the world (the majority of copper mining takes place in Chile, but the refining and smelting of much of that copper happens in China).

The U.S. has mining potential of its own. However, a significant proportion of the refining or processing of these metals (and the manufacturing of components that go into our products) happens elsewhere, causing supply-chain risk.

How much has the demand for these metals grown in the U.S. and worldwide, and how do we keep up with it?

The demand for metals and minerals globally has increased dramatically.

One example is the cell phone: in the 1980s, phones contained maybe 20-25 elements. Modern smartphones contain more than double the number of elements contained in these earlier “unsmart” phones. Indium and tin make a touchscreen touchable, lithium for extended battery life, the rare-earth elements are used for color screens, and much more.

Modern standards of living require more metal than ever. We mine 32-times more rare-earth minerals than we did in 1956, and this is not just because of population growth. Every single person alive right now uses 10-times more rare-earths than a person did in the 1950s.

Demand currently matches both production and supply, but this will be disrupted by climate change mitigation, consumer and investor demand for electric vehicles, renewable energies, and so on.

It’s a challenge, but every challenge is an opportunity. The development of environmentally and socially acceptable mines and associated downstream refining, smelting, and manufacturing in the U.S. can only be good for the economy, as well as national security.

In addition to critical metals, we also hear a lot about the need for rare-earth minerals to support tech-related manufacturing. Is the U.S. a major player in rare-earth mining operations?

The U.S. actually has one of the major rare-earth element mines just down the I-15 from Las Vegas: Mountain Pass. It met most of the global demand for the rare-earths in the 1970s and 80s before China took over as the world’s top producer.

But since reopening a few years back, Mountain Pass has shipped ore to China for processing, which doesn’t help our supply chain risk.

It’s still a world-class deposit and there are several other areas for exploration, such as Texas and Nebraska, where finding rare-earth and other critical metals is certainly possible. The U.S. has a broad range of potential and a decent amount of current exploration going on–examples being lithium in McDermitt Caldera in northern Nevada and in Clayton Valley.

The rarity of these elements and metals is variable. Rare-earth elements are actually more common in the Earth’s crust than gold, platinum and other metals, but there’s a lot more gold mining than rare earth minerals mining worldwide – particularly in Nevada. To put it in perspective:  if you considered Nevada to be a country, it would be in the top three gold producers globally after only China and Australia.

Estimates say the lithium-ion battery market will top $100 billion by 2030, and Nevada is the only state in the Union that can claim every phase of the lithium life cycle from mining to recycling. Can Nevada become a leader here?

It’s possible to increase investment in Nevada, bring high-paying jobs and research funding here. There is a caveat: lithium alone is not the sole driver. Nevada is already a leader in lithium production, but we need to develop integrated infrastructure down the mining value chain to increase investment potential here and ensure Nevada dominates the U.S. lithium market for years to come.

However, this is certainly a competitive area and we are surrounded by states that have invested in similar ideas and are aiming for similar outcomes.

What we don’t want to do is produce a lot of lithium, but then have that lithium turned into batteries elsewhere. We need to position ourselves as an attractive destination beyond mining, and it is up to the policymakers in the state to work out how to do this. This includes ensuring that local communities and the environment benefit, and ensuring both environmental and social permission to operate.

We are already one of the best areas for mining and exploration globally. That’s because of the favorable geology here, as well as the available land for exploration and policies that favor mining companies.

Is the industry moving toward more environmentally responsible practices?

The mining of any metal or mineral can be environmentally and socially problematic, but technological advances and improved engagement with communities are making that less of an issue. The industry has been forced to improve, or it just won't have permission to operate.

Along with the rest of the country, Nevada is littered with former mine sites. You can see some of them from Las Vegas if you look at the top of Mount Potosi or at Three Kids in Henderson. These represent opportunities for the extraction of minerals and metals that the original miners did not look for.

Mining in the 1900-1950s concentrated on other metals, leaving many critical metals that we now use today in piles of waste material.

This waste represents opportunities. If you can extract critical metals from this waste at a profit, you could then use it to advance derelict mine cleanup. Non-profit mining where you look to break even, create environmental value, and secure supplies of critical and other metals for the U.S. economy.

Groups in Australia and other countries are looking at this already, and we should, too, here in Nevada.

What’s next for you, and where does someone even get started in economic geology?

Phew! Where to begin? I have several Ph.D. and masters students working on projects throughout the area. They’re looking for critical metals in Utah, studying the economic potential of pegmatites (igneous rocks with large crystals) at the Nevada-Arizona border, and studying billion-year-old magmatic activity.

I’m personally analyzing the current supply of metal, future demand, and what this means for mining, climate change mitigation, and the global economy.

In terms of where I started, I enjoyed the physical part of geography, like landforms, and I was inspired by a lecture as an undergraduate telling us if rocks contained diamonds or not. That sort of opened my eyes into the application of geoscience in everyday life.

I'm a bit of a jack-of-all-trades, but that is what you need to be when you are trying to solve problems and create opportunities in this industry. Plus, it is a lot of fun!