The Road to Evacuation: Escaping an Unwelcome Visit From Mother Nature 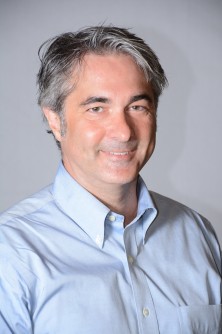 Newswise — Still packing powerful rains and winds, the remnants of Hurricane Irma continue to wreak havoc in cities along the Gulf Coast after a destructive journey through the Caribbean and Florida. The former Category 5 hurricane forced mandatory evacuations throughout the Florida Keys. But with only two main north-south roads in and out of Florida - interstates 95 and 75 - Irma quickly became an exercise in preparedness for a storm described at times as “the size of the state of Ohio.”

Taking a closer look at the evacuation mandates and transportation issues that necessitated urgent calls for action in Florida at Irma’s worst, Professor David King of Arizona State University’s School of Geographical Sciences and Urban Planning weighed in on handling of this weather-related emergency.

Q: What are the strengths and/or challenges of being in a densely populated area when Mother Nature strikes?

A: Clearly the biggest challenge is that people are in harm’s way. We can talk about urban design failures or urban sprawl as a culprit, but in events like Harvey or Irma there’s not much that can be done in the near term to protect these cities. Maybe more wetlands may have helped, but those wetlands have been gone for decades, and draining them made these cities habitable in the first place.

In the years ahead, there is no doubt that some cities will be more affected than other to climate change related weather systems.

The strengths of densely populated places is that they have lots of people to amortize their investment across, so even large structures like seawalls can protect many but only cost an individual a little bit.

Q: Are there areas or cities across the U.S. that you think are better or worse off in terms of preparedness for mass evacuations?

A: Evacuation may not be the best goal in all cases. An alternative strategy to evacuating people to a far away destinations is to build more hurricane shelters near population centers. These could be schools, arenas, and the like., that are built to withstand anything. You see this type of thing in tornado-prone areas, and places like the Florida Keys have such structures.

One downside of evacuating everyone is that there are fewer people available to help with immediate cleanup. Overall, though, each city has its own challenges. While relying on everyone driving their own car out of the danger zone is problematic to some, this also allows people to evacuate to the greatest range of places, so no one receiving zone is overwhelmed.

Q: What happens to people who rely heavily on public transportation and ride-sharing services in mass evacuations triggered by natural and weather-related disasters?

A: During SuperStorm Sandy in New York/New Jersey, for instance, all trains had to get shut down for safe storage prior to the storm. This limits trains for evacuations. Sure each train carries lots of people, but all those people go to the same place, Philadelphia for instance, which doesn’t have hotels or accommodations for millions of people. There are advantages to decentralized transport systems.

That said, there is more we can do. I’ve been kicking around an idea about how ride sharing apps - similar to what Uber and Lyft provide - can be helpful during an evacuation.

If FEMA could collaborate with companies like Uber, Lyft and traditional taxis you could have coordination on both sides of the evacuation process - picking up the most vulnerable residents and getting them to safety along the least-congested routes. We saw with Harvey and we’re seeing now with Irma, people are happy to pitch in.

Q: What is the reality for residents facing mass evacuation with a storm described as the size of Ohio bearing down? Is there really much that can be done?

A: Probably not in most cases, and it is probably not cost effective to make everyplace easy to evacuate. We need a mix of responses: evacuation, safe shelter locally, places to go. We also need to assess risk in terms of should we rebuild cities or parts of cities. This sounds absurd when talking about millions of people, but is somewhat common in flood prone river towns in the Midwest, where the town gets rebuilt on higher ground and the old town is demolished. I wouldn’t invest in Miami real estate these days, but those who do are confident that they will be covered by some type of insurance if they lose everything. Mostly, they count on the federal government to make up their losses. This is an area of public policy that needs to be revisited, and any changes won’t be easy. Even after SuperStorm Sandy wiped out large communities, few households would accept the state’s offers to buy out their properties at pre-flood values. People wanted to stay where they were. That’s a really hard issue to overcome.