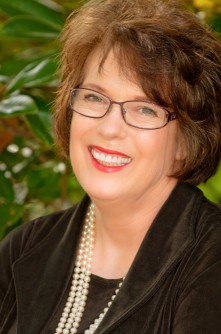 Christine Ries, professor of economics at Georgia Tech's Ivan Allen College of Liberal Arts, offers her views on why Representative Paul Ryan’s budget plan is moving the debate in the right direction.

Newswise — Christine Ries, professor of economics at Georgia Tech's Ivan Allen College of Liberal Arts, offers her views on why Representative Paul Ryan’s budget plan is moving the debate in the right direction.

The budget plan offered this week by Representative Paul Ryan and the Republican Party is a serious game changer. As we debate these budget issues over the next year or two, we will be forced to examine who we are as individuals and what we expect and are willing to tolerate from our government. The plan addresses not only the budget, but also the processes and rules by which the budget is produced. The debate will be about much more than numbers—we will actually have to confront issues of freedom and values.

Serious debate is essential because we face, as Erskine Bowl’s put it, ‘the most predictable financial catastrophe in history.’

We face a potentially devastating financial challenge and the only way out is to invest and grow …or leave the burden to our children. The potential damage to our country is enormous. And a serious and effective response, as is provided by the Ryan plan, will be adopted only if the American voter can be brought to understand the gravity of the situation. Everyone must come to understand that the entitlement future everyone expects to enjoy is a pipe dream. The government has made promises to all of us that it cannot possibly keep.

The Ryan plan will not destroy our social safety net. It will save it.

There are four essential parts of the Ryan plan that any workable plan should contain.

The trick is to accomplish this without inflation.

The Ryan plan puts caps on government spending that kick in automatically if Congress exceeds statutory limits. The plan cuts overall spending by $6.2 trillion over ten years. To put us back on a competitive footing with other countries, personal and corporate income taxes are cut from the current rates of 35 percent to 25 percent. These cuts will boost our private sector investment and generate the substantial economic growth that is essential for any recovery.

The most politically courageous part of the plan is a total reform of Medicare. Ryan says his plan takes on Medicare reform because we must. Unless we solve the Medicare problem, we cannot begin to confront our financial crisis. And the nearly fifty-year-old program cannot survive unless deeply reformed.

The proposed reforms use markets, competition, and regionalized supervisory mechanisms to cut medical costs and prices significantly without actually making any cuts to the current Medicare spending. Government payments will not decline at all for anyone, but the projected future growth in the need for care will come from huge cost savings and innovation.

Basically, states are given block grants so that control over the system is closer to the taxpayer and plans can be customized for state and regional preferences. The plan is a ‘premium support’ plan that transfers incentives and control over cost and quality back to the individual and the physician. It gives choice back to the client and his or her doctor.

We will be having a national conversation about this plan and these issues for years to come. The conversation is essential and our nation’s health and strength depend on the outcome. This budget plan moves control of spending from the federal government back to the state and local governments and, more importantly, back to the companies and people who earned the money in the first place.

We are currently watching a media frenzy as stations hold broadcast time for news of the latest comment of the latest meeting that will tell us whether the government will partially and temporarily slow down. Sentiment and opinion are shifting as to whether this will happen. If so, who will be ‘blamed’? Which party gets a strategic advantage by doing what?

This is a warm-up act for the behavior we will witness over the coming months and the next two or three years. The tension being fed by the media is ‘political marketing’ that informs and generates concern about this important problem. We are now hearing the first arguments. The tension created by all the uncertainty and confusion is doing the important job of raising public consciousness of the seriousness of the problem.

Both sides are positioning themselves to manage the momentum of their constituents. Who is ‘on a roll’? Are we really all socialists now? Are the big government extensions of Obamacare, regulatory cap and trade, financial regulation, government control, and industrial planning going to be locked in as a permanent part of our economic landscape? Are the concerns that drove last November’s election and propelled financial conservatives into the House and Senate picking up speed and pulling in even more independent voters?

The momentum matters. A lot.

Who will come out the victor? It really all depends on whether most Americans come to see the seriousness of our financial situation. Or, will most Americans continue to assume that the same energies that have kept the country strong and safe will somehow rise up and take care of the problem for us?