The Science of School Lunch 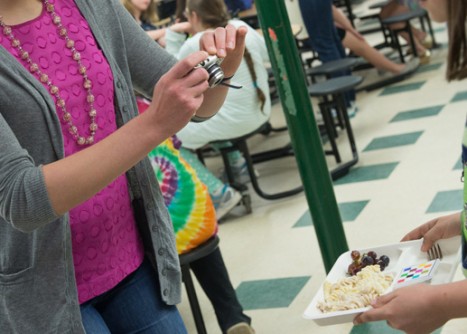 You can mandate fruits and vegetables, but you can’t make kids eat. With new methodology developed at UVM, researchers can measure the meal kids actually consume. 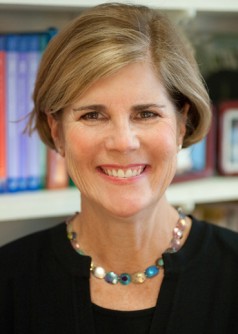 Newswise — In terms of ambience, Charlotte Central’s cafeteria is -- well, conjure up your own elementary school lunch experience. There’s more than one reason to run to recess. But on a recent visit to observe a group of researchers from UVM’s Johnson Lab, the lunch ladies were serving up something more likely to be found on a restaurant menu: risotto with mushrooms and peas. It’s the result of a host of programs by schools around Vermont to offer more tempting choices -- with locally sourced ingredients when possible, including herbs and vegetables from the playground garden -- and to get children to eat more healthfully. But is it working?

That’s what Rachel Johnson, Robert L. Bickford Jr. Green and Gold Professor of Nutrition and Food Sciences, along with her research team, is trying to find out. And they aren’t alone in their concern. Since Fall 2012, USDA regulations require students across the country to take a fruit or vegetable with their lunch, a good intention that might easily go to the garbage.

To get answers about what actually happens to those dressed up peas and mushrooms -- or the obligatory apple next to the mac and cheese -- the Johnson Lab has developed state-of-the-art digital imaging to measure consumption, a method just validated by a paper published in the Journal of the Academy of Nutrition and Dietetics.

The researchers, Johnson’s “army of undergraduates,” image children’s trays when they leave the line and then again when they’re finished eating. They’ve already weighed and photographed a correct portion of each fruit and vegetable item offered, as well as analyzed recipes to determine how much fruit and vegetable a serving contains.

Back at the lab, visually comparing the composite before and after photos alongside the comparison data, researchers can accurately determine consumption within two grams, a statistically valid but much less labor-intensive means of assessing dietary intake compared to the current gold standard of individually weighing portions selected before a child can eat against plate waste. The time saved allows for a much larger sample size.

“Now we’re exploring ways to employ the method,” says Johnson’s doctoral student Sarah Amin. In Charlotte she’s leading a new study to evaluate whether non-researchers -- parents, teachers, community volunteers -- can be trained to collect the data with equally valid results. The process involves taking the tray image at an accurate angle for later analysis, while also capturing the number on lanyards that participating children wear to track the trays.

If the research is successful, explains Amin, it has broad implications for collecting data on a larger scale, including Web-based training that could be done anywhere. “There are amazing interventions to get kids to eat more fruits and vegetables -- farm-to-school programs, school gardens -- and we know that exposure to foods helps develop preference for those foods -- so we’re interested in accurately measuring what they’re eating,” says Johnson. “I would love for our lab to become the go-to place in the country to help evaluate the efficacy of these interventions.”

Not too coolIn another study from the Johnson Lab, led by Amin and published this spring in the Journal of Child Nutrition and Management, researchers found that the fruits and vegetables that students are choosing at lunch are largely processed versions, primarily 100 percent fruit juice and high calorie entrees such as pizza and lasagna, with the tomato in the sauce qualifying as a vegetable.

But Johnson is optimistic that over time, with the introduction of appealing whole fruits and vegetables into familiar favorites, for instance, that kids will come around. Research associate Bethany Yon, in a study recently published in the Journal of School Health, in fact, has shown that it’s worked with flavored milk. When the dairy industry, in advance of impending regulations, started to reformulate flavored milk, traditionally high in both fat and sugar content, they did so incrementally, by reducing either fat or sugar to lower calories. Yon’s work, using shipment data as a proxy for consumption, has shown that, after some small blips, milk consumption has stayed consistent. “It was nice to see,” she says, “that small, subtle changes go unnoticed overall by students.”

That milk, as Johnson has known since her earliest days as a researcher, is critical. As people first became concerned about childhood obesity, Johnson started looking at beverage consumption and how that impacted the overall quality of a child’s diet. Between 1940 and the 1990s, she says, the curve makes a big X with soft drink consumption going up and milk consumption going down. “We were one of the first to sound this alarm,” she says, “showing that when kids don’t have milk at lunch they don’t come close to meeting their dietary needs -- and the beverages displacing milk add empty calories.”

Today, with 101-peer-reviewed papers in scientific journals, 12 book chapters and funded grants and contracts totaling nearly $3.5 million, Johnson puts both her authoritative research credentials and her talent for translating the science into action, serving, among other posts, as spokesperson for the American Heart Association, whose nutrition committee she chairs. But she remains particularly concerned with the health of children. Most recently, Johnson worked with NBC News to develop the nutrition content for the network’s new website Parent Toolkit, which recently won a 2014 Webby award.

And she sees, at least in places that have been aggressive about making changes, a hopeful trend in terms of reducing childhood obesity. Good policy, Johnson believes, will herald the shift. “We’ve worked on education policy changes, physical activity standards, new regulations in schools about limiting food marketing to kids, about using food for fundraisers,” she says. “There are a lot of new Federal regulations and policies being put in place.

“I think we’re going to see a new world in the next ten to fifteen years that’s going to blow us away when we look back,” Johnson says. “At my kids’ high school there were banks of vending machines with soft drinks and candy and snack foods, all the bake sales. It was just crazy. It’s going to seem like the days when people smoked in their offices when we look back. It’s just not cool.” 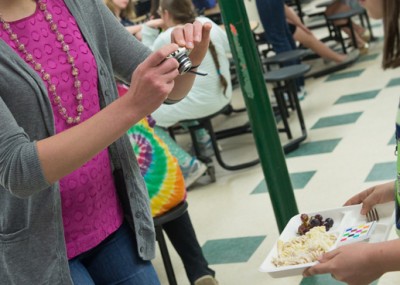 Caption: You can mandate fruits and vegetables, but you can’t make kids eat. With new methodology developed at UVM, researchers can measure the meal kids actually consume. 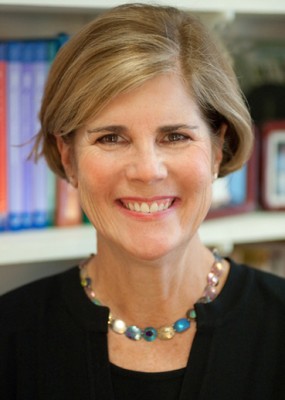 Journal of the Academy of Nutrition and Dietetics