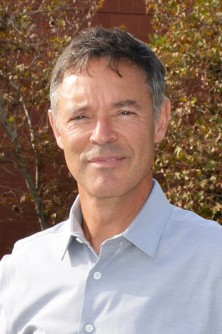 Telenti is a leading data scientist and genomic researcher whose research foci include human genomics, as well as infectious disease research. He has an extensive background in directing scientific research and operations that spans academia and private sectors over three decades and multiple countries.

“Dr. Telenti is an important addition to TSRI’s world-class faculty roster,” said Peter Schultz, Ph.D., TSRI’s President and Chief Executive Officer. “He brings with him a wealth of experience in heading up genomics research and large-scale data analysis. We’re delighted to have him contribute his expertise towards the ground-breaking research being conducted at TSRI.”

Prior to joining TSRI, Telenti served as Chief Scientific Officer at Human Longevity, Inc. He also held faculty appointments at the University of Lausanne and University of Bern in Switzerland. As a clinician with over 25 years of experience, Telenti led the outpatient clinic at the University Hospital in Lausanne, specializing in infectious diseases and microbiology.

“Rapid technological innovation is enabling researchers to generate and delve deep into human data at an unprecedented scale,” said Telenti. “Translating this data into meaningful knowledge promises to transform medical care, diagnostics and drug development. I look forward to working alongside the exceptional scientists at TSRI to accelerate the usability of experimental data that is generated at the Institute."

About the Scripps Translational Science Institute

The Scripps Translational Science Institute (STSI) of The Scripps Research Institute focuses on individualized medicine, using the tools of digital medicine and genomics to better understand each person and render more effective healthcare. In 2016, STSI was awarded a grant for over $200M by the National Institutes of Health’s Precision Medicine Initiative to lead the All of Us Research Program’s Participant Center. STSI is further supported, since 2008, by the flagship NIH Clinical and Translational Science Award to promote human health and train future leaders in biomedicine. For more information, visit www.stsiweb.org.