The Surprising Trend in Extramarital Sex in America

Older Americans are cheating more on spouses, U professor finds 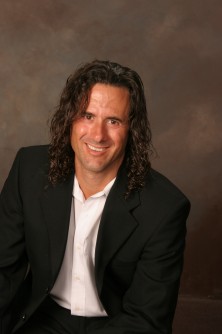 Nicholas H. Wolfinger is a professor in the Department of Family and Consumer Studies at the University of Utah.

Older Americans are cheating on their spouses more than their younger counterparts, with 20 percent of married Americans over age 55 reporting they’ve engaged in extramarital sex. Just 14 percent of those under age 55 say they’ve cheated, according to Nicholas H. Wolfinger, a professor in the University of Utah’s Department of Family and Consumer Studies.

The Institute for Family Studies on July 5, 2017, published Wolfinger’s research brief “America’s New Generation Gap in Extramarital Sex,” which is based on analysis of data from the General Social Survey.

Wolfinger found that while the overall number of Americans who report having sex outside of marriage has held relatively steady at approximately 16 percent over the past 30 years, that trend has obscured a startling age-related difference.

Rates of extramarital sex by age have diverged since 2000, with increased cheating reported by people in their 50s and 60s, Wolfinger said. Most of these respondents were married between 20 years and 30 years.

But there may be more going on than lengthy marriages and midlife crises, he added. These older Americans also came of age in the wake of the sexual revolution and, over the course of their lifetimes, have had more sex partners compared to younger Americans.

Also, while a majority of Americans continue to disapprove of extramarital sex, attitudes have softened, particularly among older survey respondents.

Wolfinger observes that the General Social Survey asks respondents about extramarital sex, not explicitly adultery. This raises the possibility that the data reflect rising participation in polyamory or “ethical nonmonogamy,” extramarital relationships conducted with the active permission of one’s spouse.

“No matter how many polyamorists there are today, old-fashioned adultery seems to have risen among older Americans,’ Wolfinger said. And the consequences are plain.

“Even as overall divorce rates have fallen in recent decades, there has been a startling surge in ‘grey divorce’ among the middle-aged,” he said. “Part of that story seems to be a corresponding increase in midlife adultery, which seems to be both the cause and the consequence of a failing marriage. The declining rates of extramarital sex among younger Americans seemingly portends a future of monogamous marriage. But the seeds sown by the sexual revolution continue to bear unanticipated fruit among older Americans.”