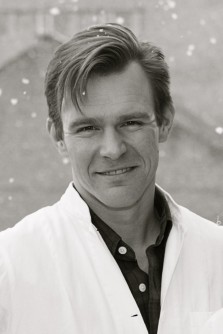 The study is based on analysis of 185,419 depression diagnoses registered in The Central Psychiatric Research Register between 1995 and 2012.

According to Associate Professor Søren D. Østergaard from Aarhus University Hospital in Risskov, which is part of The Department of Clinical Medicine at Aarhus University, the increase in depression rates is too pronounced to be coincidental.

Søren D. Østergaard is one of the five researchers behind the study, which is the result of a collaboration between departments of psychiatry and political science at the universities of Aarhus, Copenhagen and Stanford.

"We are relatively certain that it is the transition from daylight saving time to standard time that causes the increase in the number of depression diagnoses and not, for example, the change in the length of the day or bad weather. In fact, we take these phenomena into account in our analyses," says Søren D. Østergaard.

He also points out that even though the study is based on analysis of relatively severe depressions diagnosed at psychiatric hospitals, there is no reason to believe that the time transition only affects the propensity to develop more severe forms of depression.

"We expect that the entire spectrum of severity is affected by the transition from daylight saving time to standard time, and since depression is a highly prevalent illness, an increase of eight per cent corresponds to many cases", says Søren D. Østergaard.

The study does not identify the underlying mechanism triggering the marked increase, but the researchers point to some possible causes. In Denmark, the transition from daylight saving time to standard time 'moves' one hour of daylight from the afternoon between 5:00 pm - 6:00 pm to the morning between 7:00 am - 8:00 am.

"We probably benefit less from the daylight in the morning between seven and eight, because many of us are either in the shower, eating breakfast or sitting in a car or bus on the way to work or school. When we get home and have spare time in the afternoon, it is already dark," explains Søren D. Østergaard.

"Furthermore, the transition to standard time is likely to be associated with a negative psychological effect as it very clearly marks the coming of a period of long, dark and cold days," says Søren D. Østergaard.

Why are the results of the study important? The researcher from Aarhus University is not in doubt:

"Our results should give rise to increased awareness of depression in the weeks following the transition to standard time. This is especially true for people with a tendency towards depression - as well as their relatives. Furthermore the healthcare professionals who diagnose and treat depression should also take our results into consideration," says Søren D. Østergaard.

• The scientific article based on the study it entitled "Daylight savings time transitions and the incidence rate of unipolar depressive episodes" and has just been published in EPIDEMIOLOGY: http://journals.lww.com/epidem/Abstract/publishahead/Daylight_savings_time_transitions_and_the.98946.aspx

• The study was funded by the Carlsberg Foundation and the Lundbeck Foundation.