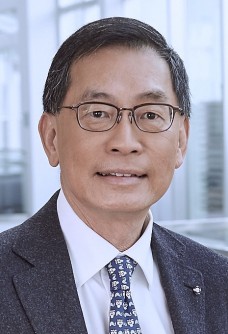 Newswise — PHILADELPHIA—(July 5, 2017)—The Wistar Institute, an international biomedical research leader in cancer, immunology and infectious diseases, is pleased to announce the appointment of world-renowned scientist, medical oncologist and National Academy of Medicine member Chi Van Dang, M.D., Ph.D., as professor. Dang, the Scientific Director of the Ludwig Institute for Cancer Research in New York, shapes scientific strategy, as well as oversees operations of its Lausanne, Oxford and San Diego Branches. He is also responsible for aligning the missions of six independent Ludwig Centers across the United States. Wistar will host Dang’s Ludwig Laboratory, which will focus wholly on his own seminal research on cancer and immune cell metabolism and the MYC cancer gene, which was discovered by Dang and his lab to control gene expression that affects metabolism and cancer cell growth.

“We are incredibly excited about Chi’s role as global Scientific Director of the Ludwig Institute for Cancer Research, and we are thrilled to host his laboratory here,” said Dario C. Altieri, M.D., President and CEO, Cancer Center Director and the Robert and Penny Fox Distinguished Professor, at The Wistar Institute. “Chi’s efforts in harmonizing and inspiring among the best cancer research programs in the world will provide an incredible impetus for us to continue on the remarkable path of impactful discoveries.”

At his Ludwig Laboratory at Wistar, Dang will continue his cancer biology work to connect the field of circadian biology, which focuses on how animals and their cells function in response to the day-night, feeding-fasting cycle, which profoundly affects metabolism. This research could lead to optimizing therapies that affect or utilize metabolism. His aim is to capitalize on an interest in cancer metabolism and determine how cancer cells interact with the immune system, hoping to identify new pathways that could be manipulated to disable cancer cells and awaken the immune system.

“I have spent the last 20 meaningful years in clinical academic leadership roles at Johns Hopkins and Penn committed to upholding and ensuring the highest standards of science from the bench to bedside,” said Dang. “I will apply that same dedication here at my Ludwig-Wistar lab as a scholar-researcher focused exclusively on discovery science in an environment that will provide me with the sanctuary to think and discover.”

Dang has authored more than 200 scientific and medical articles and book chapters as well as books. He is the recipient of numerous honors, including appointment to the Blue-Ribbon Panel of Vice President Joe Biden’s National Cancer Moonshot Initiative. Dang is currently chair of the National Cancer Institute Board of Scientific Advisors. He is a fellow to the American Academy of Arts & Sciences and is a member of the National Academy of Medicine, American Society for Clinical Investigation, and The Association of American Physicians.

The Wistar Institute is an international leader in biomedical research with special expertise in cancer research and vaccine development. Founded in 1892 as the first independent nonprofit biomedical research institute in the country, Wistar has held the prestigious Cancer Center designation from the National Cancer Institute since 1972. The Institute works actively to ensure that research advances move from the laboratory to the clinic as quickly as possible. wistar.org.