Therapy Affects the Brain of People with Tourette Syndrome 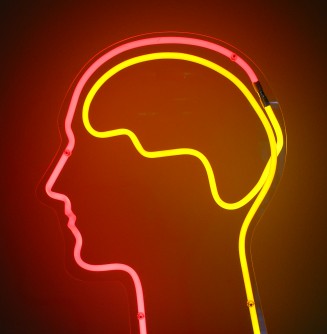 In addition to its effect on chronic tics, cognitive behavioural therapy (CBT) can change the brain function of people with Tourette syndrome.

Newswise — In addition to its effect on chronic tics, cognitive behavioural therapy (CBT) can change the brain function of people with Tourette syndrome. This is what is revealed in a study by researchers at the Institut universitaire en santé mentale de Montréal (CIUSSS de l'Est-de-l'Île-de-Montréal) and the University of Montreal, the results of which will be presented at the First World Congress on Tourette Syndrome and Tic Disorders, to be held in London from June 24 to 26.

Tourette syndrome (TS) is a neuropsychiatric disorder mainly characterized by motor and vocal tics in affected people. A tic is generally defined as a semi-voluntary movement or vocalization with no specific purpose. "There is still no definitive explanation of the causes of this syndrome, but we know that tics are related to an impaired communication between the supplementary motor area – a region of the cerebral cortex – and deeper areas called the basal ganglia,” said Simon Morand-Beaulieu, a student at the Institut universitaire en santé mentale de Montréal and the University of Montreal’s Department of Neuroscience.

Combined with medication, cognitive behavioural therapy helps to significantly reduce tics. In effect, CBT helps to normalize activity observed in the supplementary motor area, among other things, through relaxation and muscle discrimination exercises focusing on the muscles associated with tics. “In addition to the beneficial effects on tics, we wanted to see if CBT effectively alters the brain function of people with TS,” said Morand-Beaulieu.

Before beginning CBT, the participants in the study affected with TS completed an experimental task typically designed to elicit brain activity in the supplementary motor area. In the task, they were asked to respond manually based on the colour of an arrow pointing to the right or left. The researchers observed overactivity in the supplementary motor areas of the participants and deficits in the appropriate selection and preparation of their movements. However, following therapy, the researchers observed that the tics were significantly reduced and the brain functioning of affected people was similar to that of participants without TS.

Another interesting finding was that in performing the experimental task, the participants with TS also had overactivity in the frontal region when inhibiting a movement. This overactivity was still present after the therapy. “This could be an adaptive mechanism deriving from the patients’ experience of inhibiting their own tics. As a result, they are able to perform as well as participants without TS during tasks requiring cognitive control, but at the cost of greater frontal cortex activity,” explained Marc Lavoie, a researcher at the Institut universitaire en santé mentale de Montréal and supervisor of the study.

Practically, these findings will enrich therapeutic approaches and certain motor strategies that will improve the quality of life of people with TS. “It will soon be possible to share this neurophysiological data with psychologists conducting CBT and thus correct or enhance treatment of people affected by TS,” concluded Lavoie.

Marc Lavoie and Simon Morand-Beaulieu will be available for interviews in Montreal on June 22 and in London (UK) from June 23 to 30. The University of Montreal is officially known as Université de Montréal.

About the studyThe study was funded through an operating grant from the Canadian Institutes of Health Research and a team grant from the Fonds de recherche du Québec (Health Sector). Simon Morand-Bealieu received funding from the Tourette Association of America to present his findings in London.

Several members of the Obsessive-Compulsive Disorder and Tic Disorder Studies Centre will present their latest research at the First World Congress on Tourette Syndrome and Tic Disorders in London. Among others, the psychologist Julie Leclerc will present her findings from a study on the effects of Façotik treatment in children, and the results of a randomized clinical trial with adults.