There Are So Many Amazonian Tree Species, We Won't Discover the Last One for 300 Years

Newswise — There are more different kinds of trees in the Amazon rainforest than anywhere else on earth, but the exact number has long been a mystery. In 2013, scientists estimated that the number of species was around 16,000--no one had ever counted them all up, though. In a new paper in Scientific Reports, the same scientists delved into museum collections from around the world to confirm just how many tree species have been recorded in the Amazon so far--and how many have yet to be discovered.

Nigel Pitman, The Field Museum's Mellon Senior Conservation Ecologist, explains, "Hans ter Steege at the Naturalis Biodiversity Center led an international team of botanists who tallied up the number of species in more than half a million museum specimens collected in the Amazon between 1707 and 2015, and we came away with a list of 11,676 Amazonian tree species. We interpret this to mean that our 2013 estimate of 16,000 species is good, and that about 4,000 of the rarest Amazonian trees remain to be discovered and described."

"Since 1900, between fifty and two hundred new trees have been discovered in the Amazon every year," adds Pitman. "Our analysis suggests that we won't be done discovering new tree species there for three more centuries."

The study relied upon the digitization of museum collections data--photographs and digital records of the specimens housed in museum collections that are shared worldwide through aggregator sites like IDigBio. "We couldn't have written this paper without digitization efforts," says Pitman. "All of the information we needed was in the same place, so we didn't have to go through every individual museum in the world. We were able to use data not just from The Field Museum, but from museum collections everywhere."

The scientists explain that the checklist could prove an invaluable resource for ecologists studying the Amazonian rainforest. "We're trying to give people tools so they're not just laboring in the dark," says ter Steege. "The checklist gives scientists a better sense of what's actually growing in the Amazon Basin, and that helps conservation efforts."

The project, notes Pitman, is a marriage of centuries-old collections with new technologies that made it possible to share and aggregate all of the collections data. "Botanists at The Field Museum have been collecting and describing Amazonian plant species for over a hundred years," says Pitman. "We have scientists here, like Robin Foster, who have worked on Amazonian botany for decades. This new list is in some ways a culmination of all that work."

An international team of scientists contributed to this study; the authors are from The Naturalis Biodiversity Center in the Netherlands, the Museo Paraense Emílio Goeldi in Brazil, the Instituto SINCHI in Colombia, the Institut de Recherche pour le Développement in France, the University of Gothenburg in Sweden, The Field Museum, Duke University, and the Missouri Botanical Garden. 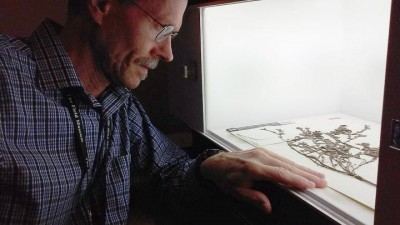 Caption: The study relied on digitized botanical collections from museums, as shown here at The Field Museum. 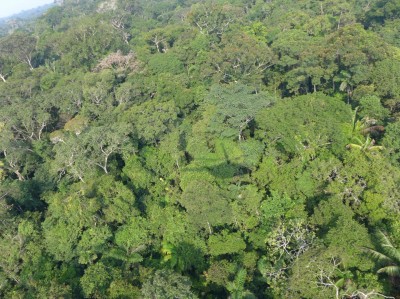 Caption: Amazonian forest in the Putumayo basin of Loreto, Peru, was surveyed during a February 2016 rapid inventory by The Field Museum.