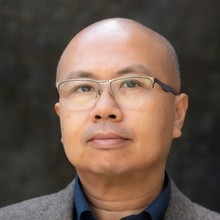 Newswise — A sociology professor at Johns Hopkins University is available to discuss how the racist and xenophobic treatment of people of Chinese ancestry often escalates during outbreaks of disease such as the current coronavirus that began in China and is spreading worldwide.

Professor Ho-Fung Hung’s previous research, The Politics of SARS: Containing the Perils of Globalization by More Globalization, explored how ethnic bias and outright racism in several countries led to less effective responses to the SAR outbreak 17 years ago.

His research showed how the Western media quickly “ethnicized” SARS as a “Chinese plague” or “Oriental plague,” and that Canadian citizens of Chinese descent became targets of racist abuse. Two editorial cartoons in U.S. newspapers “stigmatized all Chinese travelers as SARS carriers, and associated SARS with the Chinese-American community,” he wrote in his paper. The Pittsburgh Tribune-Review published an editorial cartoon featuring an open, steaming Chinese food takeout container with “SARS” written on it above a caption that read “Bad Chinese Take-Out.”

There’s a history in North America of racism towards Asian communities during a disease outbreak, Fung was recently quoted as saying. Canadian media has recently reported racist reactions to coronavirus across North America, a repeat of the ugly treatment of China around the world during the 2003 SARS outbreak.

“Harsh measures” to prevent the spread of SARS “were manifestations of a deep-seated stereotype of the Chinese as unhygienic people living in crowded places, and eating as well as living in proximity to dirty animals,” Hung wrote. “When SARS unfolded, racist discourse about SARS rapidly mutated into the generalized fear that the Chinese would spread all kinds of contagious diseases to the West, given their unhygienic way of life.”

Hung can also speak about how the Hong Kong government, embattled by months of massive public protest, would likely respond to prevent an outbreak there. An expert on how the Chinese regime handles crisis, Hung is the author of The China Boom: Why China Will Not Rule the World; Protest with Chinese Characteristics; and China and the Transformation of Global Capitalism.

Johns Hopkins University news releases are available online, as is information for reporters. To arrange a video or audio interview with a Johns Hopkins expert, contact a media representative listed above or visit our studio web page. Find more Johns Hopkins stories on the Hub.