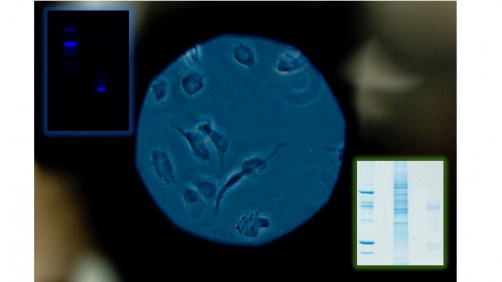 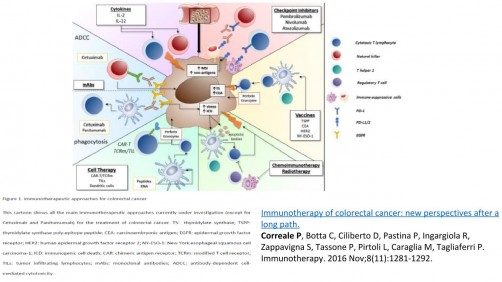 Newswise — Small cell lung cancer (SCLC) is an aggressive disease characterized by quick growth and spread. While there has been a gradual decrease in incidence of SCLC in recent years, likely reflecting the decreased prevalence of tobacco use, little progress has been made in treating SCLC due to its complex pathogenesis.

The majority of patients, including those with limited-stage disease and those who initially respond to chemo- and radiation- therapy (two traditional pillars of cancer therapy), become resistant to treatment resulting in a very small percentage (approximately 6%) who survive 5 years after being diagnosed.

Smoking is the main risk factor for SCLC, with only 2-3% of patients categorized as never-smokers.

From the molecular point of view, SCLC is characterized by a multitude of alterations, owing to the fact that cells are exposed to a myriad of carcinogens contained in cigarette smoke, which bind and mutate DNA. These alterations affect numerous genes and pathways, but among these there are few obvious therapeutic targets. This means that the driver genes responsible for most SCLC development and progression have yet to be identified with any certainty.

However, new high-throughput technologies, which allow comprehensive gene profiling, have revealed promising findings. For example, 20% of SCLC patient tumors bear alterations in the MYC gene family. This discovery has helped to identify a subset of patients sensitive to an oncogenic kinase downstream in the MYC pathway, allowing for better designed, biomarker-driven clinical trials for these, often repurposed, therapeutic agents.

Similarly, PARP1 and Notch have been found overexpressed in SCLC. In order to target PARP1, an enzyme which, when it malfunctions, leads to replication of damaged DNA, researchers are currently evaluating the efficacy of PARP inhibitors for treatment of SCLC. And, to investigate targeting of the Notch signaling pathway, which influences the cellular life-cycle, the FDA is in the process of approving Tarextumab, a selective Notch inhibitor, in the treatment of SCLC.

Another issue with SCLC tumors is that they are mostly characterized by the loss of two crucial oncosuppressor genes, named RB, RB2\p130 i and TP53, which are less actionable pharmaceutically because it is much more difficult to restore a loss of function rather than block an oncogenic gain of function. Although challenging, researchers are nonetheless trying to develop strategies in this direction.

Also important to the progress of SCLC therapies, more effective drug identification and testing, through the use of powerful mouse models of the human disease, put researchers in a good position to tackle this cancer type and attempt better defined targeted approaches.

Recent immunotherapy approaches have emerged as a significant new pillar in cancer therapy and are being assessed in numerous clinical trials for a multitude of tumors, including SCLC. In particular, two new agents, nivolumab and ipilimumab, have recently been developed to treat other forms of cancer, such as unresectable or metastatic malignant melanoma, advanced non-small-cell lung cancer (NSCLC), and advanced renal-cell carcinoma. These agents have also been tested for applications in SCLC. Nivolumab and ipilimumab are constituted by monoclonal antibodies functioning through direct inhibition of CTLA4 and PD1, respectively, which are key negative regulators of the antitumoral immune function. Bristol-Myers Squibb (BMS) was able to obtain the National Comprehensive Cancer Network indication for use of nivolumab and nivolumab plus ipilimumab in patients with SCLC who progressed after one or more previous regimens. The indication was achieved upon the publication on Lancet Oncology by Scott Antonia and colleagues, who reported the efficacy of nivolumab monotherapy and nivolumab plus ipilimumab, achieving antitumour activity with durable responses and manageable safety profiles in previously treated SCLC patients, enrolled in the CheckMate-032 clinical trial.

Data was also presented at the World Lung Cancer Congress on the immunotherapy drug pembrolizumab, another therapeutic antibody against PD1, already approved for other diseases, which showed good efficacy.

One additional drug in this category is rovalptizumab teserine, a first-in-class antibody-drug conjugate comprised of a humanized monoclonal antibody against DLL3 and a toxin. DLL3 is a Notch ligand found to be expressed on 80% of SCLC. There is a 3rd line trial which is biomarker driven, meaning that they test for DLL3 expression and patients are eligible if they have "high" DLL3.

In conclusion, with careful evaluation, a doctor can use immunotherapy as a second phase or combination therapy, but many factors should be considered. For example, the issue of whether a patient should have some time to recover after a course of chemotherapy before starting immunotherapy is still debated among colleagues. Also, some combinations, such as nivolumab plus ipilimumab, seem to work better but can be more toxic.

Antonio Giordano, MD, PhD, Director of the Sbarro Institute for Cancer Research and Molecular Medicine and Center of Biotechnology, College of Science and Technology, Temple University and Professor of Pathology at the University of Siena, Italy

Sbarro Health Research Organization conducts research in cancer, diabetes, and cardiovascular disease. Based in Philadelphia, Pennsylvania on the campus of Temple University, our programs train young scientists from around the globe. 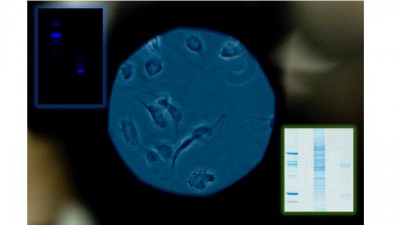 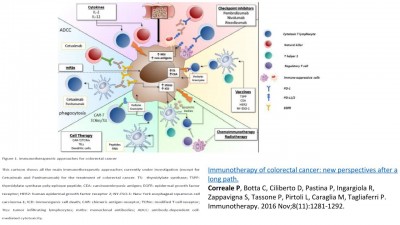