Thousands Given to Cancer Research at the University of Warwick 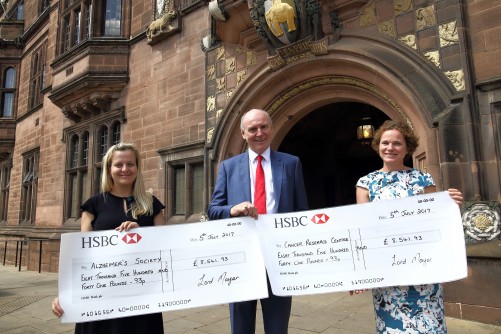 Newswise — Cancer research in the region has received a boost thanks to the former Lord Mayor of Coventry Cllr Lindsley Harvard.

At the start of his term in office Cllr Harvard chose the University of Warwick’s Cancer Research Centre as one of his official charities.

This week he handed over £8,500 to the centre which was raised by a number of fundraising events throughout the year and by local groups and individuals also showed their support for the charities with sponsored events, collections and donations.

The Cancer Research Centre was established to improve detection, treatments and patient care using the expertise of the University’s Warwick Medical School and its partners.