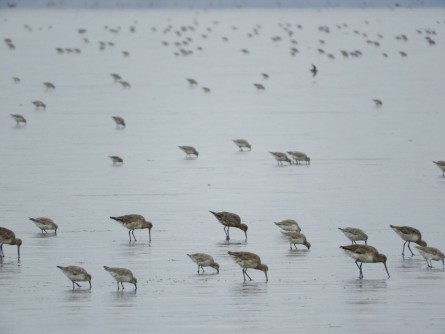 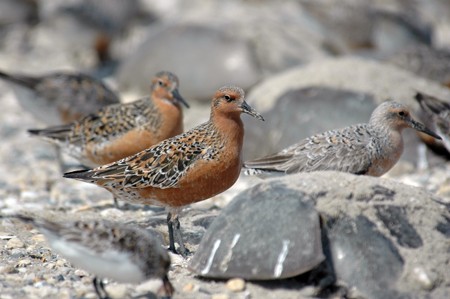 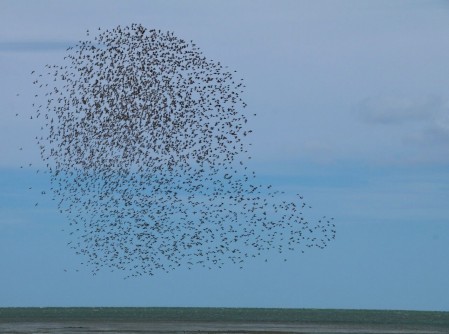 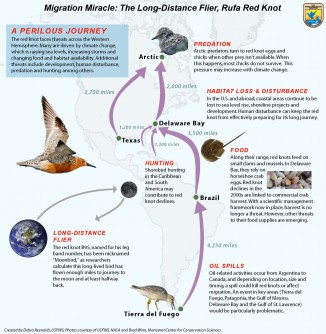 Newswise — Scientists from Rutgers University–New Brunswick and elsewhere documented fewer than 10,000 red knot shorebirds in Chile in January, down from more than 13,000 a year earlier.

“Clearly, this subspecies of red knots – listed as threatened in the U.S. and endangered in Canada – is still at risk,” said Richard G. Lathrop Jr., director of the Center for Remote Sensing & Spatial Analysis and professor of environmental monitoring in the Department of Ecology, Evolution, and Natural Resources at Rutgers–New Brunswick.

Red knots (Calidris canutus rufa), which are reddish, robin-sized sandpipers with 20-inch wingspans, fly about 8,000 miles from Tierra del Fuego, Chile, to the United States’ east coast each year, congregating along Delaware Bay before flying another 2,000 miles to the Canadian Arctic to breed. That makes them one of the world’s longest-traveled migrants, Lathrop said.

Scientists and wildlife biologists in the United States (including from Rutgers–New Brunswick), Chile, Argentina, Brazil and Canada are striving to identify the ecological factors affecting red knots and to assess conservation threats at their critical migratory stopover points.

In January, the team visited the red knots’ overwintering grounds on Bahia Lomas in Tierra del Fuego. The scientists surveyed the distribution of shorebirds, including red knots, studied key roosting and feeding habitats and worked on defining critical habitat and threats to the region, according to Lathrop, who works in the School of Environmental and Biological Sciences. The goal is to inform future conservation efforts and minimize impacts to shorebird populations.

Bahia Lomas, a globally significant wetlands site, is critical for migrating and resident shorebirds, including red knots, the Hudsonian godwit (another Arctic migrant) and resident Magellanic oystercatchers. Some team members took plane and helicopter flights to find, count and record the locations of shorebird flocks. Others trudged across 3-mile-wide tidal flats to count birds and collect sediment information to check satellite remote sensing imagery used to map habitats. Others set up a network of towers topped by antennas to pick up radio signals emitted from birds outfitted with “nanotags” on their backs with thin antennas. The birds needed to be captured, banded, weighed, measured and have feathers collected before being outfitted with the nanotags. 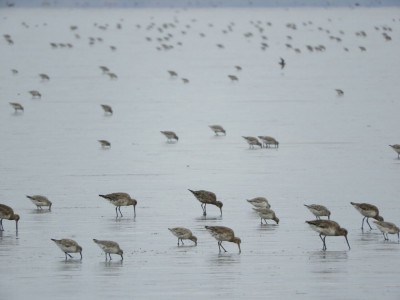 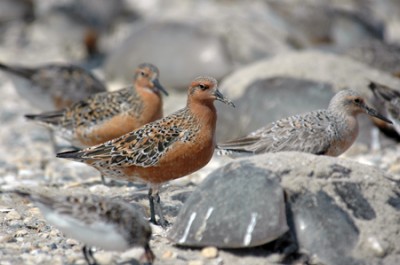 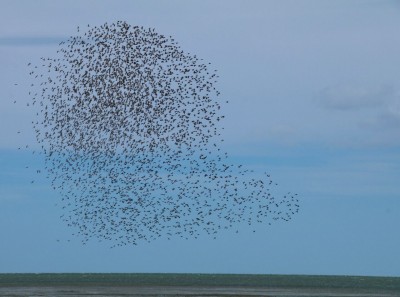 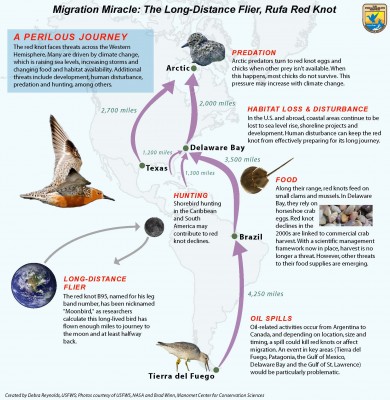