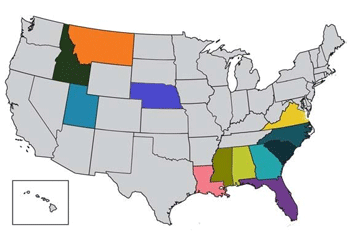 **Louisiana has a capped enrollment on their program. This number represents their current unmet need.

Prevention, Research to Lead to Better Treatments, and Leveling the Playing Field for Access to Healthcare and Economic Opportunity

“Prevention. For the first time in 30 years of AIDS, we know that we have the societal and scientific tools needed to end new infections today – in principle, through HIV awareness and testing outreach, treatment as prevention, and safer sex and substance sharing.

“The cost of not ending new infections is far greater than the cost of prevention – we should not walk away from this opportunity to control future health costs by instituting and funding the policies and programs needed. We have to remember, it’s not only the financial costs but also human suffering. We are morally obligated to use the tools we have to end new infections.

“Funding the Right Research. We still need research for better treatments for people who are already infected. Antiretrovirals (ARVs) have revolutionized HIV treatment, saving lives and giving people living with HIV a chance to live normal lives with normal life expectancies. We are immensely grateful to have them, but we must also recognize their limitations: they control HIV, but some people with HIV have drug-resistant strains of the virus, and some, unfortunately, experience unacceptable side effects.

“We call for continuing development of new ARVs and for more support for development of immune-based therapies (IBTs). IBTs, which stimulate the immune system to respond more effectively to HIV infection, offer hope to people with HIV who are not doing well with ARVs, they may well lead to a ‘functional cure’ for HIV infection, and they may support reconstitution of the HIV-damaged immune system better than therapies that only use ARVs.

“Leveling the Playing Field. HIV is not just a viral infection. It’s also a social condition for people who have been excluded from economic opportunity and healthcare. Until we face this reality, we will never fully address the problem. Whether it was the gay male community in the 1980s, IV drug users and sex workers in the 1990s, or Latino men and African American women today, the evidence shows that HIV/AIDS targets the most disenfranchised among us. We must provide the tools necessary to integrate those most at risk into society by ensuring that healthcare, shelter, and economic opportunity are available without stigma to those living with HIV/AIDs and those most at risk for acquiring it. And we must ensure that all Americans living with HIV have access to the medicines they need – which means funding HIV programs at levels that meet the real need and ending ADAP waiting lists today.”

NAPWA is the largest and oldest advocacy group for people living with HIV/AIDS. It’s widely viewed as “the most trusted voice” of the HIV/AIDS community. NAPWA organizes and runs the largest Congressional visit day, AIDSWatch, for people living with HIV/AIDS, and it created and runs National HIV Testing Day, which NAPWA started in 19?? to dramatically boost the number of people tested for HIV/AIDS. # # #