Thriving at Home: One Year After a Marathon Surgery to Separate Them, Formerly Conjoined Twins Jadon and Anias McDonald “Achieve New Milestones Every Day” 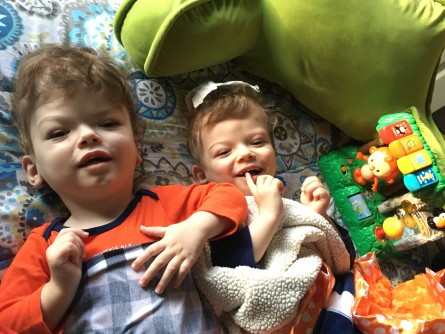 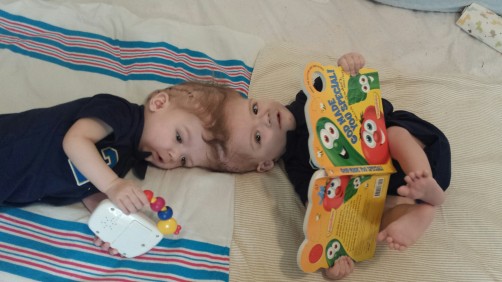 Newswise — NEW YORK (October 12, 2017) – One year after an intricate and risky procedure to separate them, previously conjoined twins Jadon and Anias McDonald are enjoying life at home with their family, making steady progress and defying the odds. The boys were fused at the brain and skull in a condition known as craniopagus twins.

The 20 hour surgery on October 14th was the final one of four carried out over nine months at the Children’s Hospital at Montefiore (CHAM) to separate the delicate web of veins and vessels, skin and bone that the boys shared. Using virtual planning and 3D printing technologies to map their way through the boys’ attached brains, CHAM surgeons prepared for months in advance but even with the technological advances, James T. Goodrich, M.D., Ph.D., D.Sci. (Hon.), director, Pediatric Neurosurgery, CHAM and professor, Clinical Neurological Surgery, Pediatrics and Plastic and Reconstructive Surgery, Albert Einstein College of Medicine, says it was the most challenging case of his career.

“Looking back to one year ago, we were confident we could separate the boys, but it wasn’t until the final operation that we could really see how conjoined their brains were,” said Dr. Goodrich. “Having been involved with the separation of eight sets of craniopagus twins, I am delighted and impressed by the boys’ tremendous progress since last October.”

Jadon and Anias spent several weeks in the Pediatric Critical Care Unit at CHAM receiving specialized care from a multidisciplinary team of providers, including physicians, nurses and a host of therapists. When they were strong enough, they were transferred to Blythedale Children’s Hospital where they spent many months receiving rehabilitation services. Today Jadon is crawling, eating a variety of foods and playing with all of his big brother’s toys. Anias, who faced more post-surgery challenges than his brother, is now showing strong progress, gaining core strength, and breathing and sleeping more easily.

“The real progress to me is reflected in how little I see them in my office now,” said Oren Tepper, M.D., plastic and reconstructive surgeon, director of the Craniofacial Surgery Program, Montefiore and assistant professor of Plastic Surgery, Einstein, who led the reconstructive portion of the boys’ care. “While I miss seeing the boys several times a week, it is a testament to how well they have recovered that I only need to follow-up with them every few months.”

Jadon and Anias gained the attention and adoration of people around the world as CNN documented their journey over the past year. Their parents Nicole and Christian McDonald, and big brother Aza, relocated from outside Chicago to the Bronx to be by their side every minute, and were a portrait of composure and strength during the entire experience.

“We always had faith that the boys would get to where they are today,” said mom Nicole McDonald, “We are humbled and grateful for the continued support we receive from our extended families at Montefiore, Blythedale and people we have never even met, as we have gone through this journey. We are so happy and blessed to all be at home together and see the boys achieve new milestones every day.”

One in two and a half million live births are craniopagus. Dr. Goodrich has consulted on 29 sets around the world and pioneered the staged approach to separating twins conjoined at the head, which has produced better outcomes than the previously-practiced single surgery separation.

About Montefiore Health System Montefiore Health System is one of New York’s premier academic health systems and is a recognized leader in providing exceptional quality and personalized, accountable care to approximately three million people in communities across the Bronx, Westchester and the Hudson Valley. It is comprised of 11 hospitals, including the Children’s Hospital at Montefiore, Burke Rehabilitation Hospital and close to 200 outpatient care sites. The advanced clinical and translational research at its medical school, Albert Einstein College of Medicine, directly informs patient care and improves outcomes. From the Montefiore-Einstein Centers of Excellence in cancer, cardiology and vascular care, pediatrics, and transplantation, to its preeminent school-based health program, Montefiore is a fully integrated healthcare delivery system providing coordinated, comprehensive care to patients and their families. For more information please visit www.montefiore.org. Follow us on Twitter and view us on Facebook and YouTube 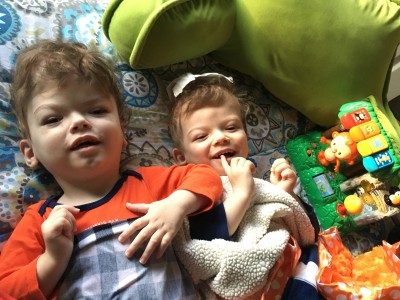 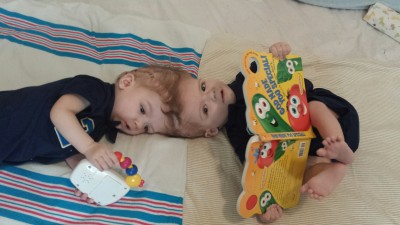