Tightening Cuban Relations Is Bad Policy and Bad for Democracy 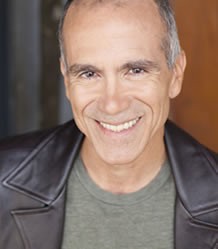 EVANSTON - “The ill-advised move, pushed by representatives in Congress, including Senator Marco Rubio, who have no firsthand knowledge of the situation in Cuba and merely want to perpetuate policies that were ineffective for more than half a century, could have the negative effect of encouraging Raul Castro to align Cuba with less democratic governments like those in Russia and China.”

That is according to Northwestern University professor Henry Godinez, who is available to comment on President Donald Trump’s expected announcement regarding a new Cuba policy that could tighten trade and travel rules, rolling back parts of former President Barack Obama’s Cuba policy.

Godinez, a Cuban American who has written a number of perspectives related to America’s relationship with Cuba in the New York Times, among other publications, may be reached on his cellphone, 847.502.8132 or by email at hgodinez@northwestern.edu.

Godinez is a professor in the department of theatre at Northwestern and the resident artistic associate at the Goodman Theatre, where he is the director of the Latino Theatre Festival. Born in Cuba and raised in the U.S., Godinez maintains close ties with his native country, collaborating with Cuban artists and co-teaching American students alongside Cuban scholars in Cuba.

“Trump’s anticipated plans to roll back President Obama’s rapprochements with Cuba to appease the shrinking hard-liners in the Cuban-American community, would completely undermine the now accelerated movement toward democracy in Cuba, which has been fueled by greater cultural exchange and access to uncensored information through enhanced internet availability,” Godinez said.