Always Connected to Your Phone? ASU Professor Wants to Reassess Our Relationship with Tech 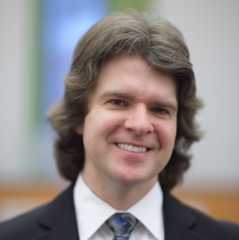 Newswise — Can you unplug from your mobile device and not feel anxious?

If not, you're in the majority — Americans are more tied to their personal technology than ever. The latest statistics from the Pew Research Center reveal that 69 percent of adults use social media, and three-quarters of those look at Facebook at least once a day.

Is that troubling? A professor at Arizona State University says asking that question is becoming more urgent.

“There have been murmurings of it over the years, but we do have to rethink our relationship with technology,” he said.

A nationwide initiative called the National Day of Unplugging is asking all Americans to do just that by going on a 24-hour “digital detox,” from sundown Friday through sundown Saturday.

Instead of looking at their devices during this time, people would instead go outside or connect with each other face to face.

Sopha is available to comment on our relationship with our mobile devices and what we can do to develop healthier habits.

Question: Are you worried about how we engage with our devices?

Answer: I have a deep affinity for technology and for gadgets and gizmos and all of that stuff. But I do make a concerted effort to unplug from the devices from time to time. I try to not actively engage with my phone when I’m at home or out with my loved ones.

The nature of how we engage with these devices has taken on a new meaning in the zeitgeist.

I was reading the other day that on average we spend about four hours a day on our devices. If you’re awake time is 14 or 15 hours a day, you’re talking 20 percent of your day is spent glued to this device.

I wonder what that does to us.

One of the questions I ask my grad students all the time is: "We have evolved technology. But we have to take a step back and look at how technology is evolving us."

If you think about how our brain processes stimuli, are these devices training our brains in a way that we don’t necessarily understand? It’s tapping into pleasure centers and dopamine receptors.

We were at a concert not too long back. The young lady sitting next to use was fascinating to me because she spent the entire show on Snapchat, recording the concert and photographing the concert and snapping her friends. She was experiencing the concert through the screen rather than through the environment around her. I couldn’t help but wonder if she was missing out on something.

What happens when technology takes over and we forget how to human?

Q: Are young people concerned about how much time they spend on their devices?

A: This is one of the things they always want to talk about because theirs is a generation of digital natives. Whereas with my generation, the internet wasn’t really a thing until I was a teenager.

They’re very versed in this, almost to the point where they take it for granted sometimes. The class tries to reposition their thinking about technology in the workplace and technology as a tool.

The young people that I teach are so much smarter than I ever was at their age. They ask bigger questions. They are intellectually curious. They observe the world around them in a way that is incredibly powerful.

That gives me hope.

But I will live a thousand years and I will never know what Snapchat is for.

Q: Why is it so hard to put down our phones?

A: If you think about social media feeds, they’re by design endless. It’s not like, ‘OK, you’ve reached the end of your updates and you’re done.’ They’re constantly feeding you more stuff. And companies like Facebook and Twitter do that because they want to serve you ads and they want to mine your data.

It’s the old adage that if any service is free, you’re not the customer, you’re the product.

And they trigger these pleasure centers in our brain to give us that "just one more post."

Q: Is completely unplugging is the answer?

A: I try to take a healthy middle-ground approach.

If we’re going to use the analogy of an addiction, would you tell someone addicted to a chemical substance, "OK, cold turkey for 24 hours and you’re good"?

I don’t think that completely unplugging form our devices is a healthy way to approach it, because then we limit ourselves from being able to utilize the observable good that they can do.

I’m a marathoner and a triathlete. I put my earbuds on and I listen to podcasts. And I keep my phone with me because if something were to happen to me, there would be a GPS footprint. I get my work email on my phone. And my mom calls me.

All of that is healthy.

I think the thing that’s unhealthy is when it becomes obsessive — when you’re picking up the phone to look at and it and you don’t remember why you picked it up.

Perhaps we need to not break up with our technology but to reassess our relationship — maybe go to couples counseling for our technology.