Time for Marketing Campaigns to Reflect Cultural Differences Within Families 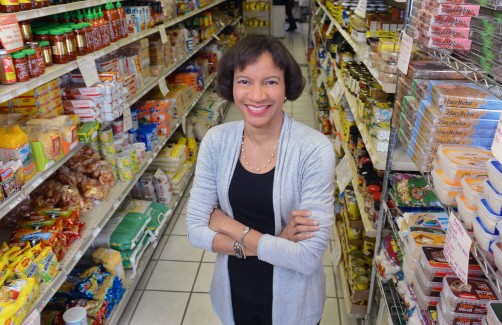 Newswise — AMES, Iowa – A cereal commercial intended to tout the heart-healthy benefits of Cheerios, instead sparked an ugly debate on social media about the interracial family featured in the ad. But for Samantha Cross, an assistant professor of marketing at Iowa State University, the family in the ad, consisting of a black father, white mother and biracial daughter, represented a change that is long overdue.

The commercial reflects the changing dynamics of families in the U.S. and the fact that not all couples are of the same race, culture or nationality, Cross said. While this change isn’t new or unique to the U.S., companies have been slow to adapt their marketing campaigns. The ad was a first for General Mills, which responded to the negative criticism with a Super Bowl commercial featuring the same family.

“I have to give kudos to General Mills for not dropping the ad and not caving to that negative view, but actually doing another ad for the Super Bowl,” Cross said. “Change sometimes takes a little while.”

General Mills is not the only company acknowledging diversity through its marketing campaign. Coca-Cola and Honeymaid have released similar ads. The trend needs to continue, Cross said, adding that it is important for companies to recognize how family dynamics influence consumer decisions, specifically in biracial or bicultural families.

Cross and colleague Mary Gilly, a marketing professor at the University of California-Irvine, spent hours interviewing binational families for their study, published in the Journal of Marketing, that examines the influence of culture on consumption and decision making. The two felt it was important to look specifically at families in which one spouse was born and raised in the U.S. and the other in a different country, to truly see the impact of cultural differences on household decisions.

Past research on the household decision-making process has primarily focused on the influence of gender. Today, families make more joint household decisions than 20 or 30 years ago, as more women are working outside the home and gender roles have evolved. However, Cross found those gender roles did not always apply to binational families and that is something businesses need to recognize.

“We make assumptions about a man and woman coming into a business or a service environment and those assumptions of gender roles are perhaps based on assumptions about cultural expectations,” Cross said. “If you have a binational household all of those roles may be reversed and you’re making assumptions that may be detrimental to getting their business.”

Cultural competence is an advantage

The study found in binational families, spouses who understand the day-to-day cultural norms have an advantage both outside and inside the home. When the wife had that advantage, traditional gender roles were often reversed or blurred. For example, wives living in their native country handled more of the investment decisions for the family, whereas the husbands were primarily responsible for the finances if their wife was from another country.

Similarly, meal planning and grocery shopping was predominately handled by the immigrant wife, but spouses shared the responsibility when the husband was from another country. In participant households with a U.S. husband and an immigrant wife, the majority of role allocation tends to be gender based.

Cross and Gilly looked at 15 consumer decision categories ranging from vehicle and grocery purchases to children’s toys and computers. The majority of these decisions were made collectively. But those made by one spouse over the other, because of cultural competence, offer insights that are also beneficial in the workplace.

“If we can understand how two people from different cultures negotiate and how they make it work, it can tell us a lot about how other types of cross-cultural teams and organizations or even different companies work together,” Cross said.

Binational families also compromise on certain decisions based on the sacrifice made by the spouse from a different country. For example, the immigrant spouse may make vacation decisions to visit family in their home country.