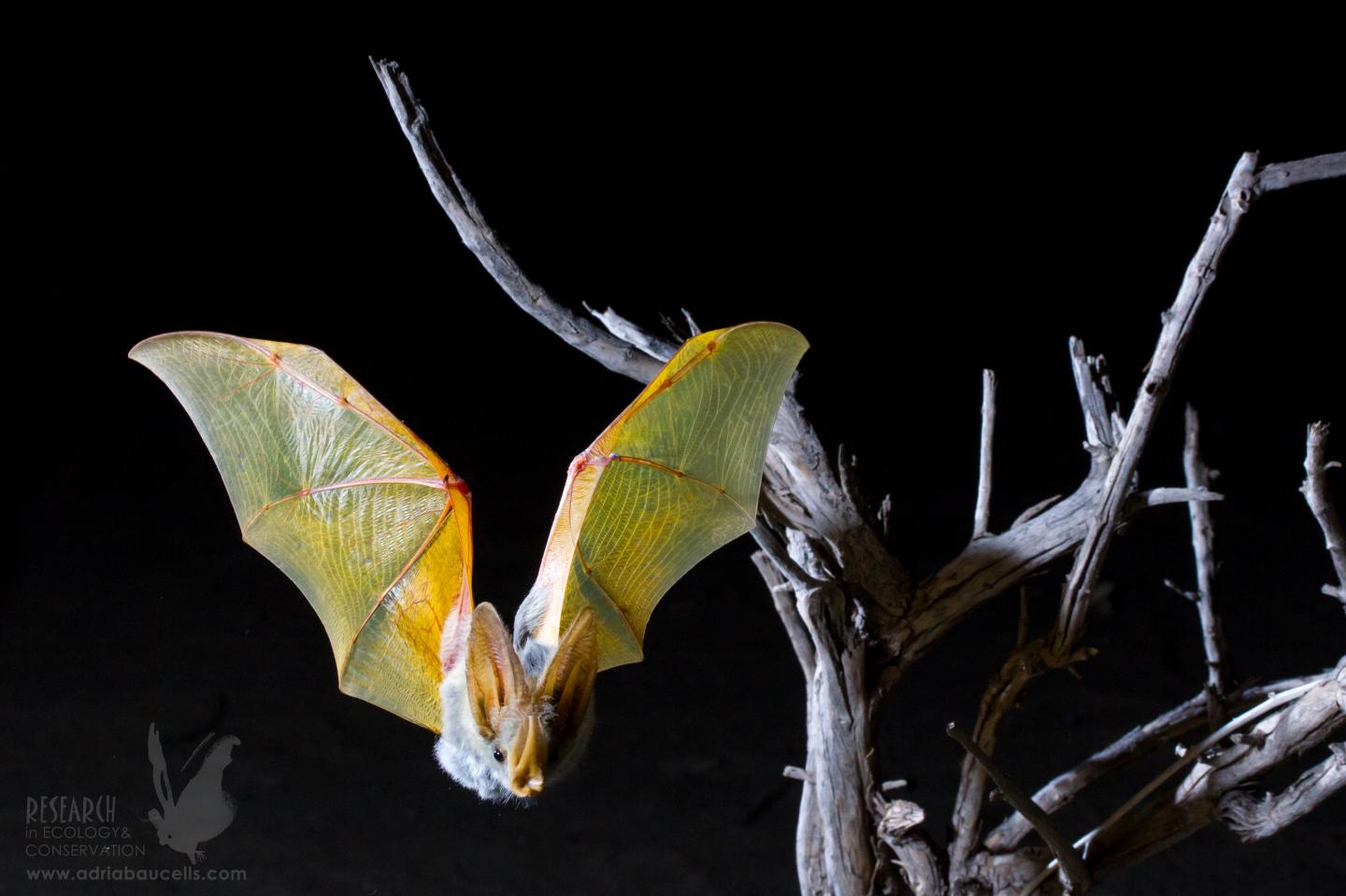 Bats are some of the most successful desert mammals.

Newswise — A new study from the University of Helsinki using miniaturized satellite-based tags revealed that during drier periods desert bats must fly further and longer to fulfil their nightly needs. According to researchers this signals their struggle in facing dry periods.

Wildlife tracking has revolutionized the study of animal movement and their behavior. Yet, tracking small, flying animals such as desert bats remained challenging. Now a new generation of miniaturized satellite-based tags is allowing unique insights into the life of these mysterious mammals.

Researchers used 1 g GPS devices to reconstruct the movements of yellow-winged bats, one of two false vampire bats occurring in Africa and one of the few desert bats large enough to carrying this innovative technology. "GPS tags have seen up to now a limited use with insectivorous bats due to weight constraints and low success in data collection - we achieved great results in tracking such a light species", says Irene Conenna, a PhD candidate at the University of Helsinki and the lead author of the study.

Future under the changing climate?

"Bats are some of the most successful desert mammals. Powered flight allows them to efficiently track scarce resources and their nocturnal lifestyle buffers them from the baking sun. However, they still struggle to find enough resources during the drier periods of the year", says Ricardo Rocha, one of the co-authors of the paper.

The study was conducted in Sibiloi National Park, Northern Kenya, along the shores of Lake Turkana, the world's largest desert lake. Researchers placed GPS loggers in 29 bats, 15 in the rainy season and 14 in the dry and, for one week. Their whereabouts were recorded every 30 to 60 minutes every night. This revealed that during dry periods bats used larger home ranges and had extended activity periods, potentially to compensate for a shortage in food resources.

Bats comprise roughly one fifth of all mammal species and deserts are home to over 150 bat species. They display wide variation in morphology, foraging behavior, and habitat use, making them an excellent indicator group for assessing how species respond to changes in their habitats. "The responses exhibited by bats offer important insights into the responses of other taxonomic groups", explains Conenna. "These new miniaturized satellite-based tags now allow us to better understand how increased aridity affects bats foraging efficiency, leading us one step forward to understanding limits in aridity tolerance and impacts of climate change", adds Conenna.

Deserts around the world are getting warmer and as they warm desert creatures need to cope with even harsher conditions. "Understanding how animals cope with seasonal changes is key to understand how they might react to the challenges in the horizon. New technological devices, such as miniaturized satellite-based loggers, go a long way to help us in this task.", adds Mar Cabeza, senior author of the study, University of Helsinki.