TMS Shows Promise in Treating a Broad Range of Neurological Disorders, Including Stroke, Dementia and Migraines 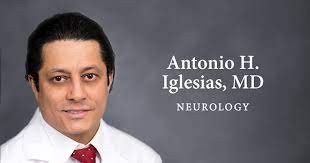 A TMS device is made of one or two copper coils, positioned on an external, targeted area of a patient’s scalp, which produces brief, magnetic pulses to an estimated depth of approximately 2 to 2.5 centimeters. The magnetic field triggers changes in neuronal activity and communication, which can alter unwanted activity within the brain.

“TMS can work as a stimulant or an inhibitor of cerebral activity, or both,” says Dr. Iglesias. In addition, different sized coils and varying magnetic impulses can impact outcomes, depending on a patient’s neuroplasticity—the capacity for neurons and the nerve cells to change and compensate for injury and disease.

“Most importantly, TMS is well-tolerated by most patients with few side effects,” says Dr. Iglesias.

Transcranial magnetic stimulation is approved by the Food and Drug Administration (FDA) to treat major depression and obsessive compulsive disorder (OCD). According to the article, appearing in the February 4, 2020 journal Current Neurology and Neuroscience Reports, there are 1,641 studies underway utilizing TMS to treat a broad array of other neurological disorders, including more than 60 trials alone studying the effects of TMS to diminish or reverse the effects of early dementia. The most promising results are in the treatment of acute migraines and primary progressive aphasia (PPA), and the effects of stroke.

“TMS has now opened the field of neurology in multiple areas,” says Dr. Iglesias. “And, there are many variables that could be studied and arranged to improve brain functionality and network connections.”

Loyola Medicine is already successfully utilizing TMS in the treatment of depression and OCD, and “it is my hope that we can begin to explore utilizing this treatment for dementia, and specifically the early effects of PPA, which can rapidly diminish language and other cognitive skills,” says Dr. Iglesias.

About Loyola Medicine and Trinity Health

Loyola Medicine, a member of Trinity Health, is a quaternary care system based in Chicago's western suburbs that includes Loyola University Medical Center (LUMC), Gottlieb Memorial Hospital, MacNeal Hospital and convenient locations offering primary and specialty care services from more than 1,800 physicians throughout Cook, Will and DuPage counties. LUMC is a 547-licensed-bed hospital in Maywood that includes the William G. & Mary A. Ryan Center for Heart & Vascular Medicine, the Cardinal Bernardin Cancer Center, a Level 1 trauma center, Illinois's largest burn center, a certified comprehensive stroke center and a children’s hospital. Having delivered compassionate care for more than 50 years, Loyola also trains the next generation of caregivers through its academic affiliation with Loyola University Chicago’s Stritch School of Medicine and Marcella Niehoff School of Nursing. Gottlieb is a 247-licensed-bed community hospital in Melrose Park with 180 physician offices, an adult day care program, the Gottlieb Center for Fitness, the Loyola Center for Metabolic Surgery and Bariatric Care and the Loyola Cancer Care & Research facility at the Marjorie G. Weinberg Cancer Center. MacNeal Hospital is a 374-licensed-bed teaching hospital in Berwyn with advanced inpatient and outpatient medical, surgical and psychiatric services, including acute rehabilitation, an inpatient skilled nursing facility and a 68-bed behavioral health program and community clinics. MacNeal has provided quality, patient-centered care to the near west suburbs since 1919. For more information, visit loyolamedicine.org.

Trinity Health is one of the largest multi-institutional Catholic health care delivery systems in the nation, serving diverse communities that include more than 30 million people across 22 states. Trinity Health includes 92 hospitals, as well as 106 continuing care locations that include PACE programs, senior living facilities, and home care and hospice services. Its continuing care programs provide nearly 2 million visits annually. Based in Livonia, Mich., and with annual operating revenues of $19.3 billion and assets of $27 billion, the organization returns $1.2 billion to its communities annually in the form of charity care and other community benefit programs. Trinity Health employs about 129,000 colleagues, including about 7,500 employed physicians and clinicians.