To bear or not to bear a seed 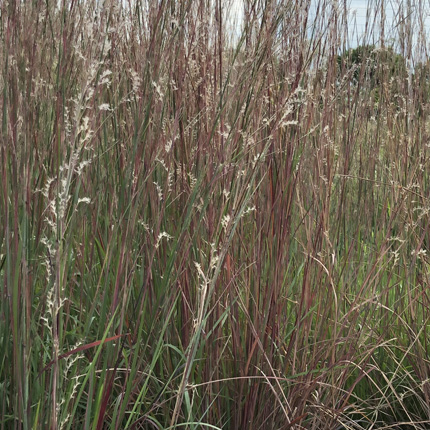 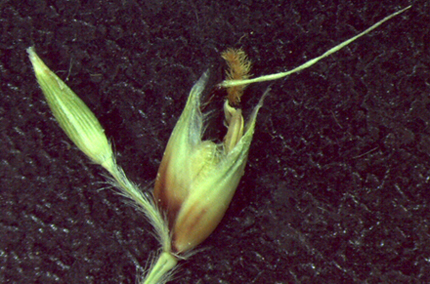 Newswise — Feb. 20, 2019 - The plant world works in mysterious ways. We often think of plants producing flowers so those flowers can produce seeds for the next generation. But what would be the purpose of a flower that doesn’t bear seeds?

“We were particularly perplexed as to why a plant would invest energy if that structure isn't making a seed,” says Elizabeth Kellogg. “It seems as though it would be a waste of energy.”

Kellogg, a researcher at the Donald Danforth Plant Science Center, is trying to unravel this mystery in plants that are grown as crops. In particular, she studies what are considered the wild relatives of sorghum. These wild plants produce two sorts of flowers. Some produce seeds and some don’t.

Crop wild relatives are the original plants prior to human cultivation. Over hundreds of years, humans selected seeds from the plants with the best traits to pass on to the next generation. Eventually, these became the crops we grow today. The wild relatives were left to grow and adapt on their own, often unnoticed.

But what if, during those centuries, we missed a beneficial wild trait? How do we go back and check? This is the importance of studying wild relatives, explains Kellogg. Her curiosity about the purpose of the non-seed-bearing flowers took her back to studying their importance in the wild grasses that are the relatives of sorghum.

“The plant structure, genomes, and makeup of the wild species are similar to that of the cultivated ones,” she explains. “But wild species often have solved the problem of adapting to drought or heat in a way that could inform work on crops. It may sometimes be effective to work entirely in the wild species first, determine how they solve an environmental problem, and then transfer that information to the crop.”

The grasses she studied produce flowers in tiny clusters called spikelets. They come in sets of two—but only one makes a seed. At first, this would seem like a strange thing for the plant to do; it is wasting resources on a structure that won’t produce anything. Kellogg investigated if a seedless spikelet benefits the one with seeds in some way.

She found that indeed the spikelets function as ‘nurse tissue’ that provide carbon to help the seeds develop. The research showed the extra spikelets make a small but significant contribution to yield.

To obtain these findings Kellogg and research teams performed multiple experiments. One used carbon that they could trace as it moved through the plant. In one test she could see the carbon being moved from the non-seed-bearing spikelet to the one producing seeds.

“I am interested in the forces that make different species of plants look different from each other,” she says. “All plants start out from a single cell and look pretty much the same. At the stage of a fertilized egg, corn, rice, and soybeans look similar. By the time they are mature, however, they are easy to distinguish—you could probably tell them apart even if you were blindfolded. Those differences must be caused by genetic differences that cause development to proceed in different ways. I'm interested in what those genetic differences are.”

Kellogg’s recorded presentation is available online. She presented her findings at the Annual Meeting of the American Society of Agronomy and the Crop Science Society of America, November 4-7, 2018. Funding for this project came from the Division of Environmental Biology (DEB) at the National Science Foundation (NSF), and from the USDA-ARS.