To Beat Cancer, You’ve Got to Have Heart

28-Feb-2019 8:55 AM EST, by Perelman School of Medicine at the University of Pennsylvania contact patient services
favorite_border 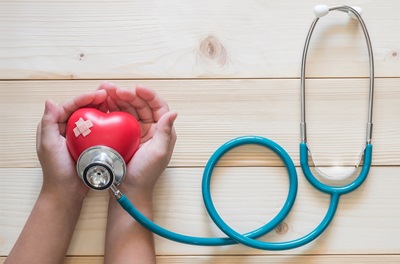 Exploring the overlap between cancer prevention and heart health

Newswise — If you asked 100 people on the street what they think is the best way to prevent cancer, odds are the overwhelming majority of answers would have something to do with smoking. Tobacco use is tied directly to multiple types of cancer, including lung and head and neck cancers, and those who smoke or chew tobacco regularly are almost certainly aware of the risk. It’s less likely that people would think about heart health, but perhaps they should. When it comes to lifestyle changes that can help people avoid cancer, it turns out the heart has a lot to say on the matter.

Cancer and cardiovascular health are the two leading causes of death in the United States, and the statistics for both are surprisingly similar. According to the Centers for Disease Control, 616,000 Americans will die of heart disease this year. The National Cancer Institute, meanwhile, estimates 610,000 people died from cancer in 2018. While there may be overlap between the two groups, each number, on its own, represents about one out of every four Americans who die each year.

The similarities don’t stop at the numbers. In fact, some of the risk factors associated with heart disease are also linked to either a higher likelihood of developing cancer, a greater risk of complications during treatment, or both. The American Heart Association keeps a list it calls “Life’s Simple 7” – a checklist of seven things everyone should do to ensure better heart health. Most of them, like eating better, staying active, losing weight, and quitting tobacco, are also linked to a lower risk of cancer or improved outcomes in cancer treatment.

“We know there is overlap between cancer and cardiovascular disease on multiple levels, and that includes these shared risk factors,” said Bonnie Ky, MD, MSCE, an associate professor of Medicine and Epidemiology in Penn’s Perelman School of Medicine. “But what we also know from both trial data and our experience treating patients is that drugs used to kill cancer can also injure the heart and vascular system.”

Ky points out that the effects of cancer therapies on the heart are often termed “off-target effects,” but that phrasing may be misleading. Ultimately, the pathways targeted by precision cancer therapies are the same pathways that are essential to the cardiovascular system, especially when the heart is under stress. In other words, it’s exactly because the drugs are hitting their target that the heart is affected. For example, Ky points to her research showing treatments for breast cancer can increase the risk for heart disease. This points to a shared biology between cancer and cardiovascular health, and it’s a connection Ky and others are trying to understand through further research.

“A lot of the research we are doing is in trying to precisely understand the effects of cancer therapies on the cardiovascular system in individual patients, and more specifically, in risk prediction,” Ky said. “We’re seeking to identify who is at high risk of cardiovascular disease prior to, during, and after cancer therapy, and how we might be able to manage that risk.”

She points out that understanding a patient’s cardiovascular risk profile in advance of any cancer therapy could let doctors take additional preventative steps, such as prescribing beta blockers or other therapies to protect the heart.

Still, the best option is to do everything possible to lower the risk of getting cancer in the first place, and the same principles that apply to heart health also help in this regard. Studies have shown a clear link between obesity and increased risk for several types of cancer. Specific foods or ingredients, while not proven to directly cause cancer, are linked to a change in a person’s risk.

While research on these factors focuses on what, if any, impact they have on one’s risk of cancer, research on tobacco use is less focused on predicting risk and more concentrated on the best ways to stop people from starting in the first place, or especially on the most effective ways to help people quit.

That’s particularly true of cancer patients, a population for which the numbers are truly staggering. Recent research shows that more than 50 percent of people with cancer who smoked prior to their diagnosis continue to do so as they go through treatment. Penn’s Tobacco Use Treatment Service (TUTS) is combining technology that utilizes a patient’s electronic medical record with state-of-the-science treatments. The system uses clinical decision support to screen all patients for tobacco use and generate an automated referral order from the treatment team to an evidence-based tobacco treatment program, which is led by Frank T. Leone, MD, MS.

“We know that continuing to smoke after a cancer diagnosis impacts whether you survive, as well as a patient’s quality of life,” said Robert A. Schnoll, PhD, an associate professor of Psychiatry, co-leader of the Tobacco and Environmental Carcinogenesis Program in the Abramson Cancer Center, and the director of the Center for Interdisciplinary Research on Nicotine Addiction.

In addition to Schnoll’s work with TUTS, recent research from his team also found cancer patients are successful at giving up cigarettes for good if they take varenicline, marketed as Chantix, especially if they adhere to the medication.

“Varenicline is safe and effective for cancer patients, and should be considered,” Schnoll said.

Ultimately, when it comes to beating the two biggest killers among all Americans, the best things you can do are not out of your control. Whether it’s smoking or getting more exercise, eating better or losing weight, good heart health and preventing or beating cancer go hand in hand.