To Beat Hypertension, Take the 'Clinic' to the People 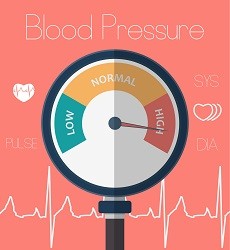 Newswise — Eliminating racial disparities in the outcomes of programs to control blood pressure can be accomplished with a few one-on-one coaching sessions delivered by health professionals —but not if the program requires people to get to a clinic, according to results of a new Johns Hopkins Medicine study. The finding, described in the current issue of the Ethnicity & Disease journal, adds to mounting evidence that health and wellness programs work best when medical practitioners go out to people in their communities.

“For people who can come to a clinic-based program, that program may work really well, but it’s not enough in and of itself to eliminate the racial disparities we see in efforts to reduce blood pressure and other chronic diseases,” says Lisa A. Cooper, M.D.,M.P.H., vice president of Health Care Equity for Johns Hopkins Medicine and professor of medicine at the Johns Hopkins University School of Medicine. “Success requires a broader and more comprehensive strategy.”

In a commentary accompanying the study, Cooper, who has studied racial disparities in health outcomes for decades, lays out the scope of the problem. She notes that compared with Whites in the U.S. population, African Americans are 80 percent more likely to die from stroke and 50 percent more likely to die of heart disease. African Americans also suffer from a 320 percent higher rate of end-stage renal disease. Each of these conditions is fueled by uncontrolled hypertension, especially among urban poor populations, where geographic wealth and racial inequities are stark.

For instance, in the Roland Park/Poplar Hill neighborhood of the city, which has a median income greater than $90,000, the rate of deaths from heart disease is 14.1 out of 10,000 individuals. Just five miles away, in the Madison/East End neighborhood, the median income is just over $30,000, and the rate of deaths from heart disease jumps to 35.4 out of 10,000 individuals. The difference in outcomes is dramatic. A person living in Madison/East End is expected to live 64.8 years — 18.3 years less than a person in Roland Park/Poplar Hill.

In response to this problem, in 2010, Johns Hopkins Medicine established the Johns Hopkins Center to Eliminate Cardiovascular Health Disparities. As explained in the commentary, that center now serves as a case study on how to create ties between researchers and community members to address racial disparities in hypertension. This latest study is funded through the center. For the study, Cooper and her team sought to eliminate the so-called “selection bias” that has muddied past studies of racial disparity interventions. Instead of recruiting volunteers, Cooper and her team telephoned 3,964 patients with uncontrolled hypertension — or a blood pressure reading higher than 140/90 millimeters of mercury (mm Hg) — who had visited one of six Baltimore health clinics (four in underserved areas) in the previous year. (The top number in a blood pressure reading, or systolic blood pressure, measures the pressure in the arteries when the heart beats; the bottom number, or diastolic blood pressure, measures the pressure in the arteries between heartbeats). The team was able to reach just over half of the patients they telephoned.

When team members reached patients, they asked them if they’d be interested in joining a program to lower blood pressure. Anyone participating, they explained, would have to visit the clinic nearest them three times over three months to meet with a specially trained pharmacist, dietitian, or both. The program included one 60-minute session and two 30-minute sessions, or approximately 120 minutes of contact time overall.

A total of 629 individuals participated in at least one session in the clinic — some 9 percent of those reached by phone — or 184 individuals along with 445 others who were referred to the program by their physicians. A total of 245 of the patients attending the first session completed all three sessions. Because final blood pressure readings were not available for 10 percent of participants, 229 completers, including 140 women and 89 men, were included in the final analysis, which compared completers with 332 partial completers and 330 nonparticipants. The average age for all those who participated was around the mid-50s. Sixty percent of those who completed all three sessions, or 137 individuals, were African American.

Under the program’s setup, participants met with pharmacists to address concerns with medication and also met with dietitians to work on improving their diets. Sessions followed a motivational interviewing pattern in which care managers asked patients to think through the solutions themselves rather than merely doling out advice. For instance, if a patient knew she needed to lose weight and did not feel up to that task but felt confident about trying a new system to stay on track with her medicines, the care manager would work with the patient on a plan to help her take her medication every morning as an attainable goal. The care manager also asked patients about their support systems and tried to work through potential challenges to success.

In a new ongoing study that builds on the lessons learned from the previous work, Cooper says that primary care physicians were reluctant to refer patients to the program because of the singular focus of the study on blood pressure. So the team decided to focus on people who have high blood pressure in conjunction with other common ailments, such as diabetes or depression. Specially trained nurses have replaced dietitians and pharmacists because of their ability to address a variety of clinical and social issues. And the program includes a community health worker who can, if necessary, visit patients at home or in their own communities to reinforce education provided in the clinic and assist patients in accessing other health services, social services, and community resources.

The studies are part of a community-engaged research program established and sustained by the Johns Hopkins Center to Eliminate Cardiovascular Health Disparities, with grants from the National Institutes of Health and the Patient-Centered Outcomes Research Institute since 2010.

“To stay healthy or to treat chronic illness is not just about what happens in a 15-20 minute office visit to the doctor. What really matters is a person’s ability to follow through on recommendations regarding changes in diet, lifestyle and medication use the rest of the time as they go about their daily lives at home, at work and in the community,” says Cooper. “In addition to addressing medical needs, health system programs should also address patients’ social, cultural, and financial needs, using partnerships with other sectors of the community to enhance program effectiveness and outreach to those most in need.”

The research was funded by the National Heart, Lung and Blood Institute under grant number P50HL105187 and the Johns Hopkins Center to Eliminate Cardiovascular Health Disparities.