To help keep cats from killing wildlife, add more meat and play to their day 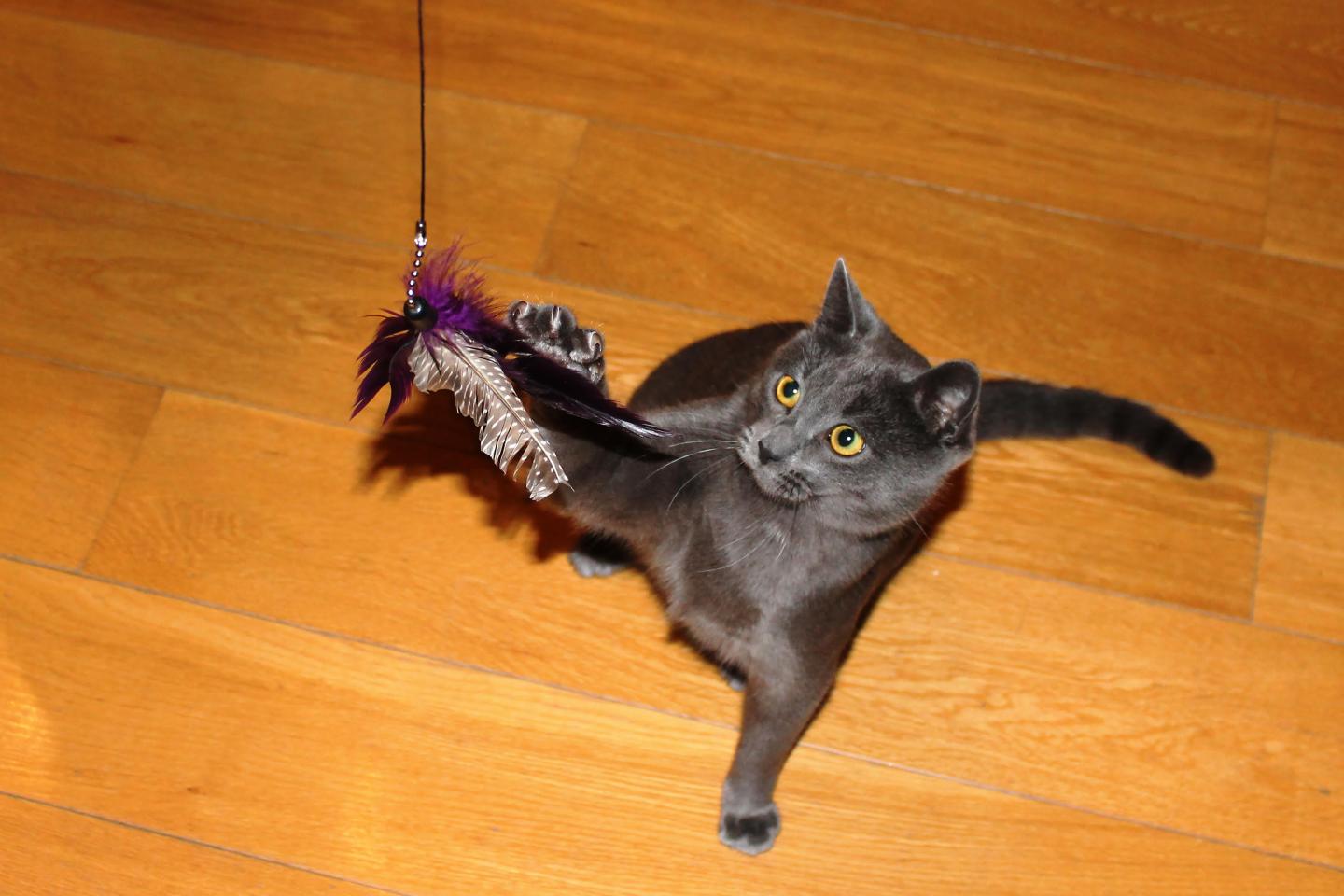 This image shows a cat playing. Encouraging play is one way to help prevent cats from hunting wildlife.

Newswise — Domestic cats are a major threat to wild species, including birds and small mammals. But researchers reporting in the journal Current Biology on February 11 now have evidence that some simple strategies can help to reduce cats' environmental impact without restricting their freedom. Their studies show that domestic cats hunt less when owners feed them a diet including plenty of meat proteins. Equally, it helps to play with them each day in ways that allow cats to mimic hunting.

"While keeping cats indoors is the only sure-fire way to prevent hunting, some owners are worried about the welfare implications of restricting their cat's outdoor access," said Robbie McDonald from the University of Exeter's Environment and Sustainability Institute. "Our study shows that--using entirely non-invasive, non-restrictive methods--owners can change what the cats themselves want to do."

Most cat owners don't actually want their cats killing wild animals. In addition to keeping cats indoors, methods such as putting cats in brightly colored collars can help protect birds from hunting cats. But these products don't protect mammals, and some cats find them uncomfortable or tend to lose them. So, in the new study, McDonald and his colleagues decided to try some new strategies, including puzzle feeders, meaty diets, and play, all of which have potential to reduce predation while enriching cats' lives in other ways.

The researchers enrolled 219 households in southwest England in the 12-week trial to test the effect of such strategies on hunting by cats. Altogether, the study included 355 cats. The evidence shows that diets where proteins were derived from meat reduced the number of prey animals brought home to cat owners by 36 percent.

"Some cat foods contain protein from plant sources such as soy, and it is possible that despite forming a 'complete diet' these foods leave some cats deficient in one or more micronutrients--prompting them to hunt," said Martina Cecchetti, the PhD student who conducted the experiments.

In the "play" group, cats could stalk, chase, and pounce on a feather toy dangled by their owner on a string and wand. Owners also gave cats a mouse-like toy to play with after each "hunt," mimicking a real kill. As little as five to ten minutes a day of such play reduced predation by 25 percent, the study reports.

Use of puzzle feeders didn't have the desired effect. In fact, owners found that their cats brought home even more prey animals than before. The reasons for that aren't yet clear. It's possible that in a short trial, cats and owners struggled to use the puzzle feeders and that the cats simply may have been hungrier, the researchers say.

Nevertheless, the new findings show that limiting predation by cats depends as much on what owners do with their cats as it does on the cats themselves. In future studies, the researchers hope to find ways to reduce cat predation even more. They're interested in exploring whether particular micronutrients could be added to cat foods to reduce hunting without as much meat.

"We also plan to investigate whether different kinds of play have different effects and whether combining strategies can reduce hunting even further," Cechetti said.