To help students think in 3D, a geologist turns to paper model making 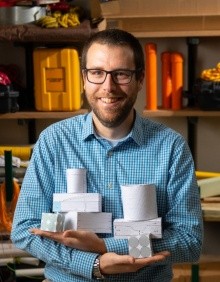 Chris Lowry, a University at Buffalo hydrology researcher, is creator of the Foldable Aquifer Project. 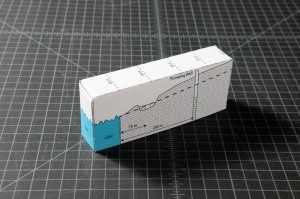 Each foldable aquifer helps students understand concepts related to groundwater. This one focuses on how drawing water from a well could affect a wetland. 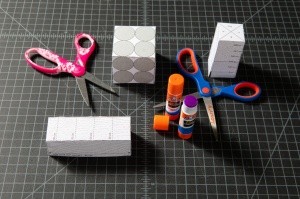 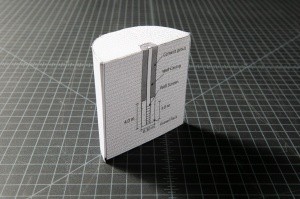 Each foldable aquifer helps students understand concepts related to groundwater. This one focuses on a concept called hydraulic conductivity. 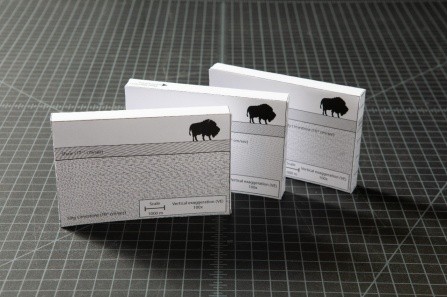 Chris Lowry teaches advanced geology college courses at the University at Buffalo. But some of the tools he brings to class evoke the joy of grade school.

Lowry is creator of the Foldable Aquifer Project — a series of 3D paper models of aquifers, which (in real life) consist of layers of permeable rock, sand and gravel that hold water underground.

Each paper aquifer helps students understand a specific problem tied to subterranean water storage, such as how pumping water out of a well affects neighboring wetlands. Lowry has designed about 20 of the models so far, all available to download for free on  the project website.

“Geology is a 3D science, but everything we give to students is on a 2D piece of paper,” says Lowry, an associate professor in the Department of Geology and Department of Environment and Sustainability in the UB College of Arts and Sciences. “With the foldable aquifers, students don’t have to imagine what a 2D drawing looks like in 3D.”

“I used the aquifers in class this year, and students seem to be pretty pumped on it,” Lowry says (no pun intended). “Not everyone took the time to fold the models, and there are some students who don’t need that; they can do it in their mind. But there are other students who had problems on a homework assignment, and when I gave them the folded model, immediately they had this lightbulb kind of moment. They were like, ‘Oh. I see what you’re talking about now.’”

Thinking outside the box

Lowry started designing the models while on sabbatical in 2019. He set aside an hour a day to work on them and write corresponding homework assignments.

But the project’s inspiration — like the scissors and glue sticks — draws from childhood.

Lowry remembers going to a restaurant called the Old Spaghetti Factory when he was a boy. Kids got paper trolleys to fold during the meal, he says, and he was reminded of that tactile experience one day during office hours.

“I had this problem I gave in class where the handout showed what the aquifer would look like from the side, the top and the other side,” he recalls. “I folded the paper in office hours. And when I folded that paper in half, I was like, these were totally like those trolleys I made when I was a kid.”

Jeremy Stock, a UB geology master’s student and professional artist and caricaturist, says he loves the foldable aquifer concept. He and Lowry discussed the models when Lowry was developing them. Later, Stock took a class in which Lowry gave students assignments involving the aquifers.

“It’s this kind of old-school mini project — a little art you can do while you’re doing your hydrogeology homework,” says Stock, who teaches art to high school students in Buffalo. “You can hold it in your hand and turn it around, which is helpful because one of the challenges in teaching is to get people to think in three dimensions.”

The foldable aquifers seem “totally like a Chris thing,” Stock adds. “He likes to think outside the box.”

Lowry got a great response from colleagues when he shared the project on Twitter and at a recent conference. His website doesn’t yet track downloads, so he isn’t sure how many people are using his designs. But he hopes that other educators will discover and utilize the paper aquifers.

“Faculty members need tools in their classroom, yet they don’t have time to fully develop all of these tools,” he says. “These foldable aquifers are meant to be a plug and play kind of thing. If you’re doing a lecture on Darcy’s law, which has to do with water flow, you could just go to the Darcy’s law problem and give the aquifer and homework assignment to your students.”

“Maybe you absolutely hated my class and you’re going to burn your aquifer at the end of the semester, but I think these things might sit on students’ desk for a while,” Lowry says. “They might look at their aquifer later on. Now, I’ve touched them one more time and made them think about hydrogeology.”