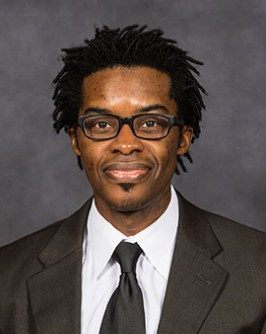 Newswise — The start date for holiday shopping creeps up every year, with Thanksgiving Day historically eclipsing the number of shoppers on Black Friday. That is, until 2016, when a number of store closures on Thanksgiving encouraged more folks to come out, instead, on Black Friday, our country’s national shopping holiday, according to ShopperTrak.

This year should continue the trend, with over 75 retailers, including DSW, Home Depot and IKEA, already deciding to close on Thanksgiving Day. According to USAToday, most store owners now want to give employees time with their families to boost employee morale.

Yet, according to Brent Smith, Ph.D., associate professor of marketing at Saint Joseph’s University in Philadelphia, most consumers are indifferent to stores’ being open or closed on Thanksgiving Day.

“If someone normally shops on Thanksgiving Day, they will continue to,” says Smith. “If their favorite store is closed, they will go to another one. If a shopper never breaks into the Thanksgiving mayhem, they’re unlikely to start.”

Smith says the data come down to how you talk to consumers. In surveying consumer data, he found that if researchers ask, “Should stores be open on Thanksgiving?” responses are evenly split. But if the question is, “Do you support employees having off on Thanksgiving?” shoppers almost always answer affirmatively.

The question at the heart of the issue, according to Smith, is, “Do employees have the freedom to say, ‘Yes’ or ‘No,’ to working on a holiday?”

“Take religious holidays, for example,” says Smith. “Not everyone celebrates Christmas in the U.S. Employers should respect and empower their workers with an option — to stay home if it’s important to them, or to come in and make extra money with overtime pay. No one should have to work, but there should be a reward if you do.”

Outright closing a store on Thanksgiving Day denies employees the freedom to make extra money, say, if they don’t have plans for the holiday. According to Smith, it isn’t fair — but neither is forcing employees to work on a holiday.

“Unhappy workers make for unhappy consumers,” he says. “Retailers need staff who want to be there.”

With the overwhelming popularity of online stores, shoppers won’t leave their houses if they don’t have to — especially if they’ll have a negative experience with unhappy employees, says Smith. What’s more, online shoppers circumvent the guilt of being seen going to a store on Thanksgiving.

“In going to a store, consumers directly perceive that shopping relies on employees’ working on a holiday; whereas, online shopping puts the onus on computers and algorithms,” Smith says. “It takes the burden off of a worker and takes some guilt off of a concerned customer.”

When it comes to holiday shoppers, most consumers wish employees had the freedom to choose to work or to observe holidays, according to Smith.