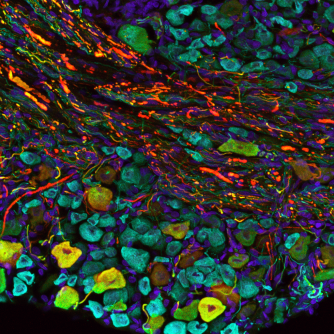 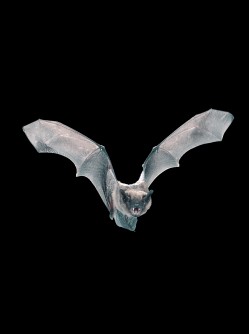 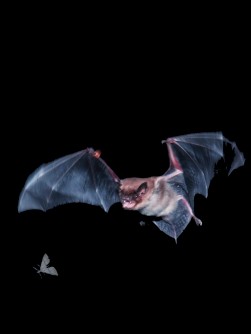 Newswise — Bats are masters of flight in the night sky, capable of steep nosedives and sharp turns that put our best aircrafts to shame. Although the role of echolocation in bats’ impressive midair maneuvering has been extensively studied, the contribution of touch has been largely overlooked. A study published April 30 in Cell Reports shows, for the first time, that a unique array of sensory receptors in the wing provides feedback to a bat during flight. The findings also suggest that neurons in the bat brain respond to incoming airflow and touch signals, triggering rapid adjustments in wing position to optimize flight control.

“This study provides evidence that the sense of touch plays a key role in the evolution of powered flight in mammals,” says co-senior study author Ellen Lumpkin, a Columbia University associate professor of dermatology and physiology and cellular biophysics. “This research also lays the groundwork for understanding what sensory information bats use to perform such remarkable feats when flying through the air and catching insects. Humans cannot currently build aircrafts that match the agility of bats, so a better grasp of these processes could inspire new aircraft design and new sensors for monitoring airflow.”

Bats must rapidly integrate different types of sensory information to catch insects and avoid obstacles while flying. The contribution of hearing and vision to bat flight is well established, but the role of touch has received little attention since the discovery of echolocation. Recently, co-senior study author Cynthia Moss and co-author Susanne Sterbing-D’Angelo of The Johns Hopkins University discovered that microscopic wing hairs stimulated by airflow, are critical for flight behaviors such as turning and controlling speed. But until now, it was not known how bats use tactile feedback from their wings to control flight behaviors.

In the new study, the Lumpkin and Moss labs analyzed, for the first time, the distribution of different sensory receptors in the wing and the organization of the wing skin’s connections to the nervous system. Compared to other mammalian limbs, the bat wing has a unique distribution of hair follicles and touch-sensitive receptors, and the spatial pattern of these receptors suggests that different parts of the wing are equipped to send different types of sensory information to the brain.

“While sensory cells located between the “fingers” could respond to skin stretch and changes in wind direction, another set of receptors associated with hairs could be specialized for detecting turbulent airflow during flight,” says Sterbing-D’Angelo, who also holds an appointment at the University of Maryland.

Moreover, bat wings have a distinct sensory circuitry in comparison to other mammalian forelimbs. Sensory neurons on the wing send projections to a broader and lower section of the spinal cord, including much of the thoracic region. In other mammals, this region of the spinal cord usually receives signals from the trunk rather than the forelimbs. This unusual circuitry reflects the motley roots of the bat wing, which arises from the fusion of the forelimb, trunk, and hindlimb during embryonic development.

“This is important because it gives us insight into how evolutionary processes incorporate new body parts into the nervous system,” says first author Kara Marshall of Columbia University. “Future studies are needed to determine whether these organizational principles of the sensory circuitry of the wing are conserved among flying mammals.”

The researchers also found that neurons in the brain responded when the wing was either stimulated by air puffs or touched with a thin filament, suggesting that airflow and tactile stimulation activate common neural pathways.

“Our next steps will be following the sensory circuits in the wings all the way from the skin to the brain. In this study, we have identified individual components of these circuits, but next we would like to see how they are connected in the central nervous system,” Moss says. “An even bigger goal will be to understand how the bat integrates sensory information from the many receptors in the wing to create smooth, nimble flight.” 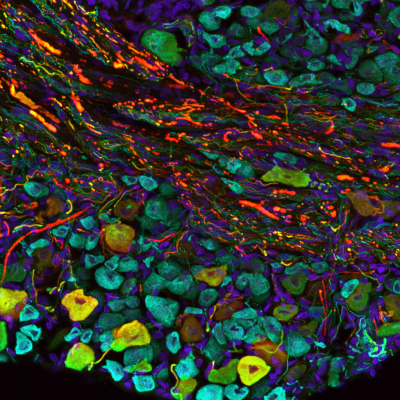 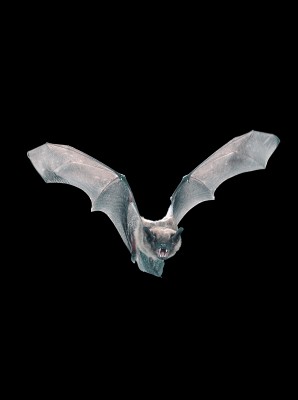 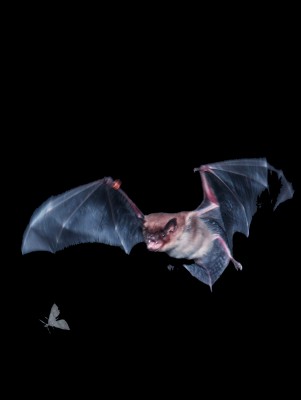