Touted Benefits of New EPA Emissions Limits May Be Misleading 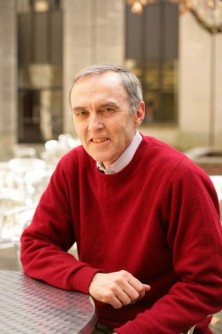 A recent proposal from the Environmental Protection Agency would cut emissions from power plants in the United States by 15 percent and overall U.S. emissions by 5 percent. The EPA estimates it will cost $7.3 billion to comply, but provide worldwide climate benefits of $30 billion by 2030.

“For national regulatory policies, the norm has been to assess benefits to U.S. citizens,” write Ted Gayer of The Brookings Institution and W. Kip Viscusi, University Distinguished Professor of Law, Economics and Management at Vanderbilt Law School, in a working paper for Brookings.

“Recent assessments of climate change policies have shifted to a worldwide benefits approach, leading to a substantial increase in the estimated benefits.”

Adjusted to benefits that would accrue just in the United States, the benefits fall to a range of $2 billion to $7 billion, which is less than the cost of compliance.

Although an argument can be made for having U.S. citizens shoulder the burden in the name of global improvement, the same reasoning, if applied to other issues, “would substantially shift the allocation of societal resources,” Viscusi says.

“The global perspective would likely shift immigration policy to one of entirely open borders, as the benefits to granting citizenship to poor immigrants from around the world would dominate any costs to current U.S. citizens,” Viscusi says. “It would suggest … elevating policy challenges such as eradicating famine and disease in Africa to the most pressing concerns for U.S. policymakers, trumping most domestic efforts in terms of their impact on social welfare.”

While some of these changes might be attractive to many, they “would not be consistent with the preferences of the U.S. citizens who are bearing the costs of such programs and whose political support is required to maintain such efforts,” Viscusi says. At the very least, there should be an open discussion on the issue of who should be included in cost-benefit analysis of government efforts – the U.S. citizens who are paying for the efforts or world citizens who also may benefit from the effects, Viscusi says.

“At present, the … policy assessment experience is one in which agencies apparently are permitted to pick and choose what perspective to take and which benefits and costs to count,” Viscusi says. “What is clear at this juncture is that the recent expansion of greenhouse gas benefit assessments to include global impact merits much more scrutiny and justification than it has received to date.

“There should be thorough evaluation of the broader implications of this fundamental restructuring of policy assessment practices before jettisoning the current emphasis on the valuation of domestic benefits and costs.”